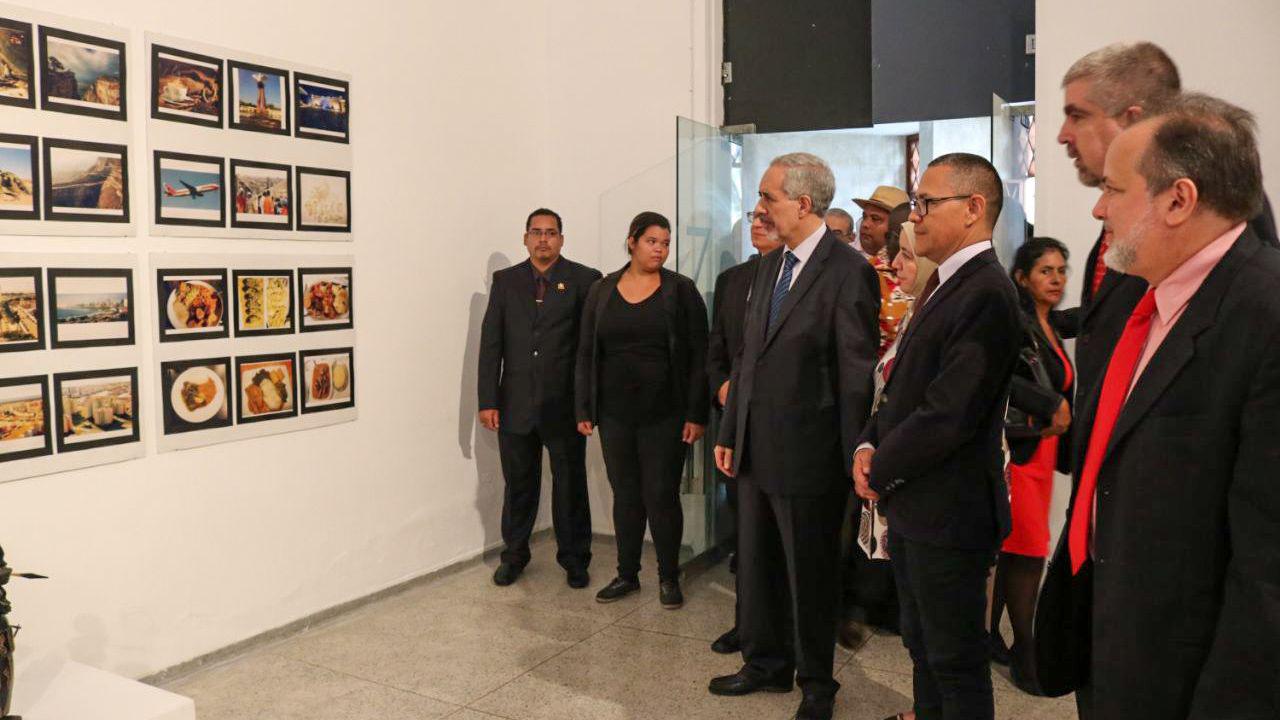 This Monday, from the Museum of Fine Arts in Caracas, the 14th World Week of Africa was started “for solidarity between the peoples of Venezuela and Africa”, with a program of activities that began this Monday, June 17, with the inauguration of an exhibition of African art that will be open to the public for a month.

The week was inaugurated by the People’s Power Minister for Culture, Ernesto Villegas Poljak, accompanied by the Vice-minister for Africa, Yuri Pimentel, the president of the African Knowledge Center, Reinado Bolívar, the ambassadors of the African Diplomatic Corps accredited in the country, as well as diverse social movements of African descent.

During his speech, Minister Villegas expressed that “we feel brothers of the children of Africa. There are too many cultural traces between Africa in Venezuela and the world”.

He also noted that “with Commander Chávez a seed was sown and with President Nicolás Maduro that seed has germinated, and today you, brothers of Africa, must feel at home. The doors of all the cultural institutions of Venezuela are open for the artistic and cultural presence of Africa”.

For his part, Vice-minister Pimentel stressed the importance of cultural exchange with Mother Africa, which is why the Vice-ministry for Africa was created in 2005. With this, there was an exponential growth of the diplomatic relations between Africa and Venezuela which for that year only had eight embassies in the African continent, at present there are 17 Venezuelan Diplomatic Missions accredited in this region, understanding that the South-South formula is indispensable for the development of the region.

“Our relations have increased since the management of Commander Chávez, who maintained a guideline to always look towards the south, together with South-South integration and cooperation as an indispensable formula for the development and progress of our country”, Pimentel said.

Also, the ambassador of the Democratic and Popular Republic of Algeria in Venezuela, Ghaouti Benmoussat, said that in room 7 of the Museum of Fine Arts, will be exhibiting a sample of African art and cultural diversity, including photographs, paintings, crafts and Typical costumes.

The Ambassador of Algeria extended the invitation to the public present to attend the African film exhibition that will be held throughout the week at the National Cinematheque of the MBA and the Celarg. In addition, he highlighted the screening of the film “The Battle of Algiers” (1966).

The XIV World Week of Africa has planned a series of activities such as exhibitions, talks and film shows, which will be available to the public until next Sunday, June 23.