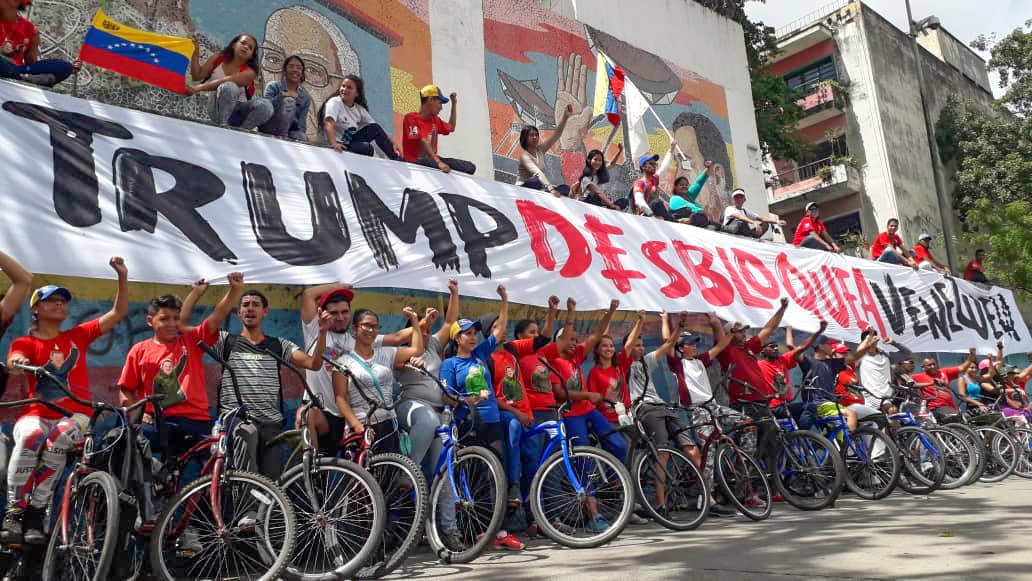 Fighting youth makes a bike ride against the US blockade

“The youth that rides now, demands Trump to unblock Venezuela”, under that slogan began this Saturday from the Robinson National School, located in Parish-Catia Sucre, a lively and combative bike ride over five points of the Venezuelan capital.

Young people of all ages belonging to the Francisco de Miranda Front (FFM), Movement of Recreators and other youth groups left by bicycle with brushes and paintings in hand to reject the current blockade exercised by the United States government on Venezuela.

Agua Salud, Central Park, Engineers College and the Museum Square, were the stops made by the boys and girls painting murals with the message Trump Unblock Venezuela.

The activity entitled ‘Caracas Rueda y Pinta’ (Caracas rides and paints), also took place in the framework of the 16th anniversary of the FFM. In that sense, Lenin Marquez, militant of the organization, commented that despite the siege and other obstacles against Venezuelans, there is a people struggling.

“From here Trump, we tell you that the people are standing, they are fighting (…) this Venezuelan people does not surrender”, said Marquez.

The Vice-minister of International Communication of the People’s Power for Foreign Relations, William Castillo, also joined the conference, who pointed out that in the face of the criminal attacks of the US government, it is necessary to respond as a People, materializing the revolutionary ideology.

“The youth was activated riding and painting with joy, to tell the Venezuelan people that we have to react (…) we have to denounce this criminal act and we have to respond by defeating the blockade and advance in the construction of our revolutionary project”, said the Vice-minister Castillo.

For his part, the Foreign Minister of the Bolivarian Republic of Venezuela, Jorge Arreza, wrote through his Twitter account @jaarreza, that the activity ‘Caracas Rueda y Pinta’ is another example of the fighting spirit of the Venezuelan people and that we must continue united by the path of independence and homeland dignity.

“Today, young people from Caracas took to the streets to express their rejection to the criminal blockade imposed by Donald Trump. Caracas Rueda y Pinta is another example of the fighting spirit of the Venezuelan people! Let’s continue together on the path of independence and Homeland dignity!”, Stressed the FM.

It should be noted that before finishing the activity in the Museum Square in Bellas Artes, the girls and boys displayed a giant banner with the message #TrumpDesbloqueAVenezuela. 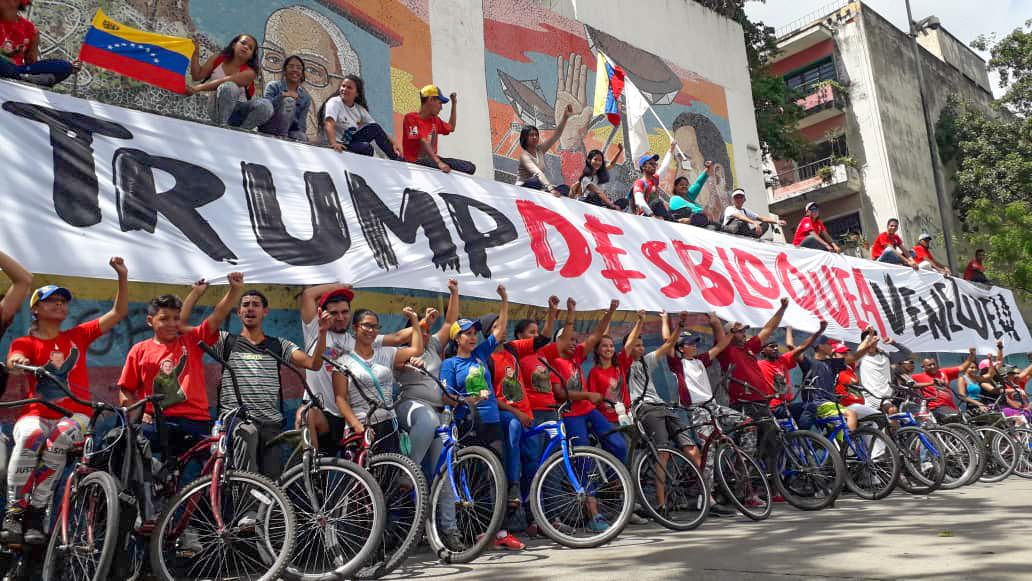