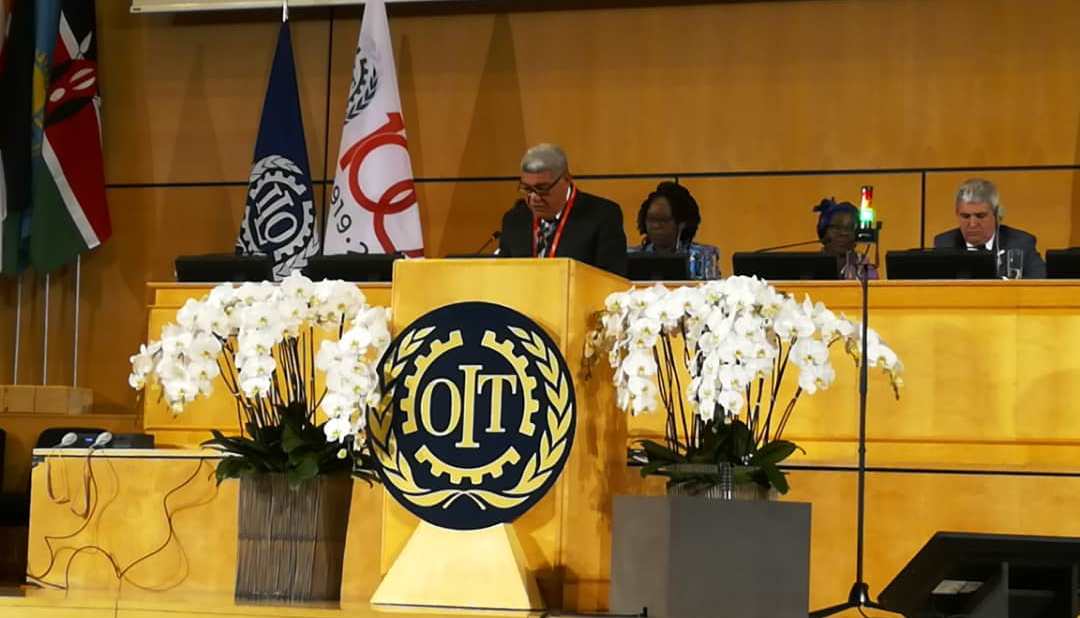 During his speech, the Venezuelan representative said that despite the economic sabotage, the financial blockade, continued coups attempts and imperialist threats of invasion that seek to undermine the democratic structure in the country, the Bolivarian Government alerts the world about this type of actions outside international law, away from the most elementary logic of respect for the sovereignty of independent nations.

“Our nation today struggles with courage and intelligence against these actions. Within the framework of this centennial conference, we ratify the world that we will continue to struggle with everything we have at our disposal to defend the future of work, the future of the freedom of human beings and the future of humanity itself”, said Piñate.

The Head of the Venezuelan delegation also emphasized that “in our country we have much to say about this destructive phenomenon, and we have already referred to it in other international instances, the imperialist policies to impose gross privileges and great inequalities, openly conspire against the future of work”, in turn, he indicated that “in this decadent phase of capitalism, it is not only work that is in danger, but also the environment and humanity in general”.

Piñate denounced in his participation that “imperialism calls sanctions to what are really aggressions against the peoples of the world and attacks on their economies. It is necessary to conclude on the international stage that this imperialist behavior is the greatest source of human tragedies of today”.

The representative of the Ministry of Labor clarified during his speech that in Venezuela a neat and democratic elections were held in May 2018, and the Constitutional President of Venezuela, Nicolás Maduro Moros, took office on January 10 in compliance with the National Constitution and the current legal system, therefore it is the only president recognized by the people in full exercise of their functions.

Venezuela aims for dialogue and peace

President Nicolás Maduro continues to build a renewed dialogue with all sectors in the midst of multiple imperial attacks and the national and international right.

The Venezuelan people have been victims of an incessant economic war, a financial and commercial blockade by the empire; In spite of this, the Bolivarian Government continues “defending and protecting the people by keeping jobs, increasing wages, guaranteeing food security, as well as health care with the help of international organizations, and solidary governments and peoples”, Piñate explained.