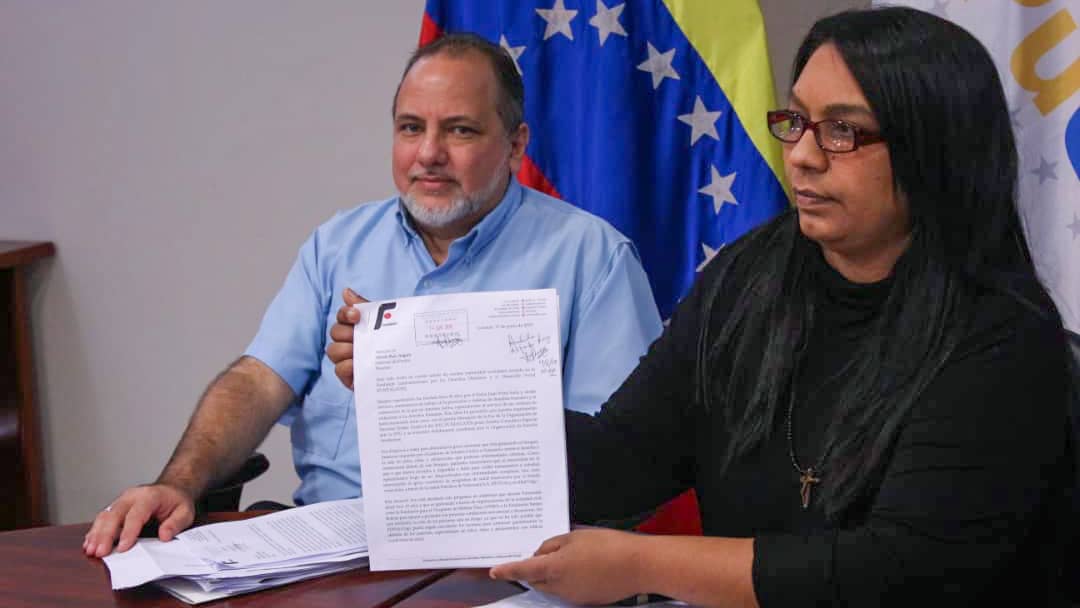 Fundalatin before the Ombudsman’s Office: The victims of the blockade are human beings and not a statistic

This Friday, the Latin American Foundation for Human Rights and Social Development (Fundalatin), through its president, María Eugenia Russián, delivered a letter to the Ombudsman, Alfredo Ruiz, denouncing the serious consequences of the illegal blockade imposed by the government of the United States on Venezuela, that prevents the payment of treatments of Venezuelan patients both inside and outside the country, exhorting in turn the Ombudsman’s Office to make the denounce before the corresponding organisms, in defense of all the affected patients.

Russián also urged the Venezuelan authority to follow the requests of the relatives asking for the cessation of the blockade and the attention to the patients through alternate ways, “The victims are not a statistic, they are human beings who are suffering from these unilateral coercive measures on the part of Donald Trump’s government to Venezuela, we call for the end of the blockade”.

This request was supported thanks to the research carried out by this foundation to patients and relatives both in Venezuela and abroad.

“We call on the Ombudsman to raise his voice, so that the blockade against the Venezuelan population cease, now that is affecting especially children with complex diseases such as cancer”, said Russián.

The president of Fundalatin explained that her organization has been in contact with the relatives of the 30 children with delicate health in the Hospital de Niños J.M. de los Ríos, and reported that 12 of them had already done all the protocol to be transferred to Italy, but with the confiscation of Citgo the process was paralyzed.

As for the patients waiting for liver transplants in Argentina, she let it be known that there is great concern.

“We received the relatives of the five children waiting for a liver transplant in Argentina (…) they asked us as an organization to raise their voices before the institutions that defend human rights. Cases like the 22-month-old Isabella have to take us to reject these unilateral sanctions applied by the United States government against the Venezuelan people”.

Russián recalled that in Italy 26 patients with oncological pathologies were being treated, noting that some of them had already benefited from bone marrow transplants before the confiscation of Citgo and the refusal of the international financial system, and now they should continue their treatment, as well as those who still wait for the transplant.

“Of those 26 patients who were in Italy, four are clinically healthy, 15 are in poor health, others have complications after transplantation and three unfortunately have died”.

She noted that the patient Daniel Rodriguez, has two years in Italy expecting a bone marrow transplant. “Last January, when everything was ready, they confiscated Citgo and the clinic could not be payed”. It should be noted that the lack of payment is due to the withholding of money in international financial institutions, despite the full capacity of the Venezuelan State to fulfill its commitments.

She also presented the case of a teenager who, after transplant, was presented with a chronic hepatitis and has to be treated urgently.

For his part, the Ombudsman, Alfredo Ruiz, called for a halt to the siege that the US government maintains and that has a negative impact on the lives of these patients. “Health is a fundamental right”, he said, while noting that this right is intimately linked to the right to life.

He also highlighted the important effort made by the People’s Power Ministry for Health, which since last year has managed to perform eight kidney transplants and bone marrow transplants of lesser complexity. 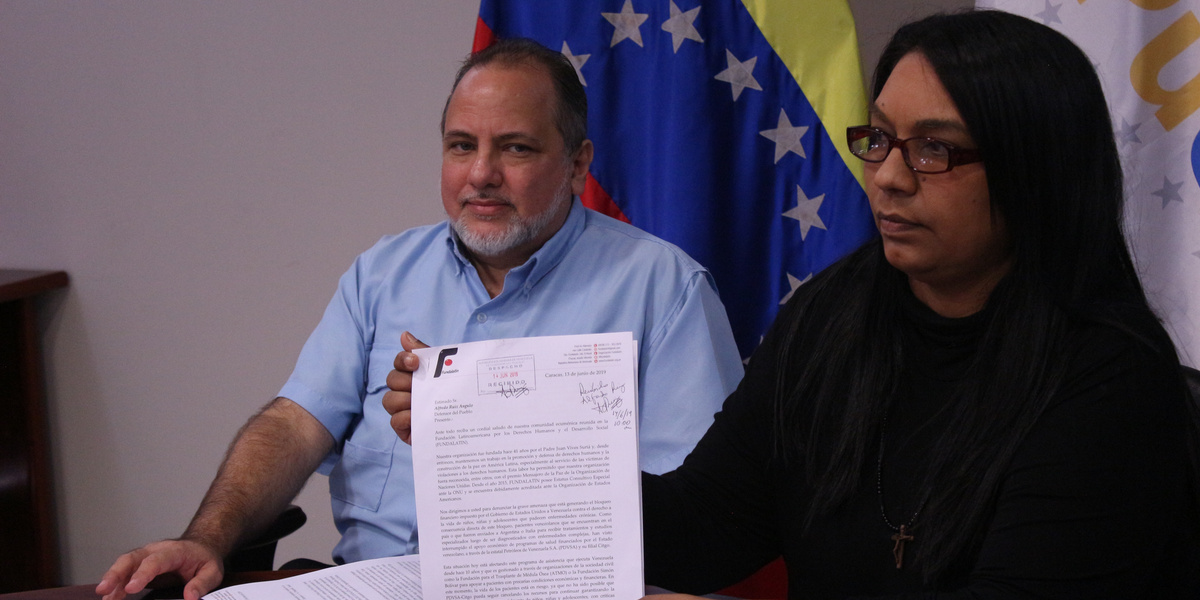