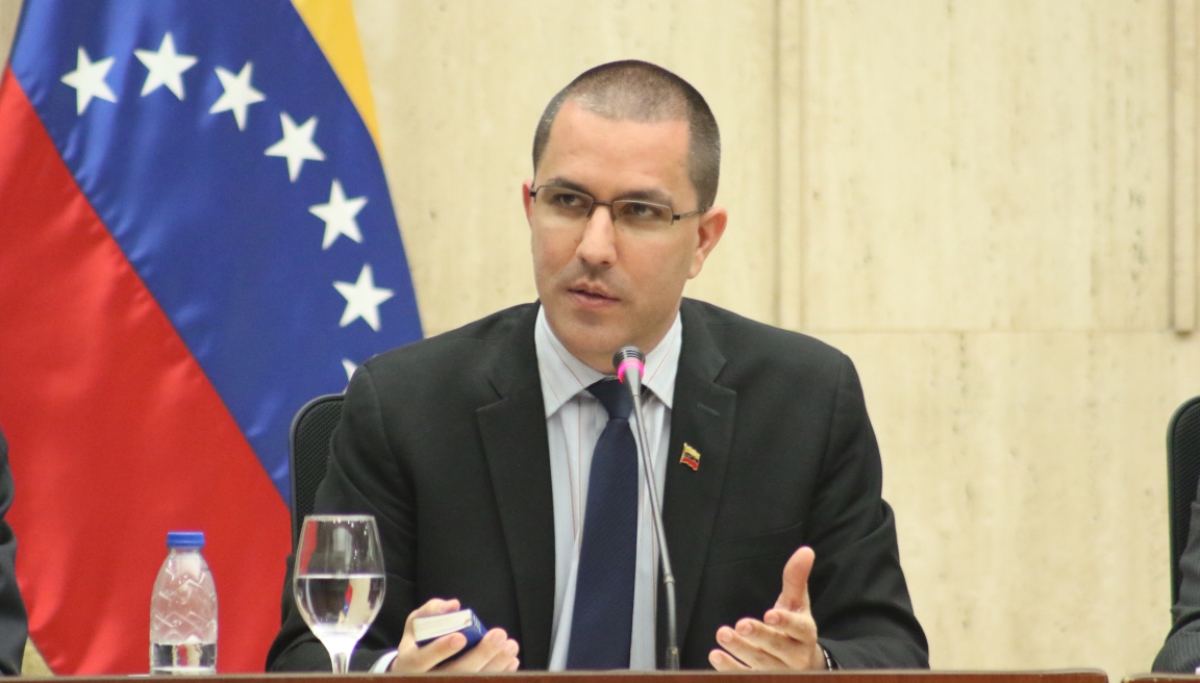 Foreign Minister Arreaza: Our America calls for the cessation of drug production in Colombia and neoliberal packages in Argentina

The Foreign Minister of the Bolivarian Republic of Venezuela, Jorge Arreaza, energetically rejected on Tuesday the recent interventionist declarations of the presidents of the Republic of Colombia and the Argentine Republic, Iván Duque and Mauricio Macri, regarding the Venezuelan situation.

“Our America is asking for the cessation of drug production and trafficking, violation of human rights, cessation of war, paramilitarism, false flags and narco-politics in Colombia and the Argentine people call for the cessation of the infamous and failed neoliberal package savage of Macri”, the diplomat said through his Twitter account @jaarreaza.

The response of the of People’s Power Minister for Foreign Affairs arises after the two South American leaders, gathered in Buenos Aires, increased their interventionist policy in the internal affairs of the Bolivarian Republic of Venezuela, questioning the legitimacy of President Nicolás Maduro.

The Argentine president expressed his willingness to “end the usurper Nicolás Maduro”, in complete ignorance of the more than six million Venezuelans who in May 2018 re-elected him as president of the Republic; while Duque, called to “accelerate” the diplomatic siege to “achieve the cessation of usurpation and the ‘dictatorship’, the transitional government and the ‘restoration’ of democracy” in Venezuela.