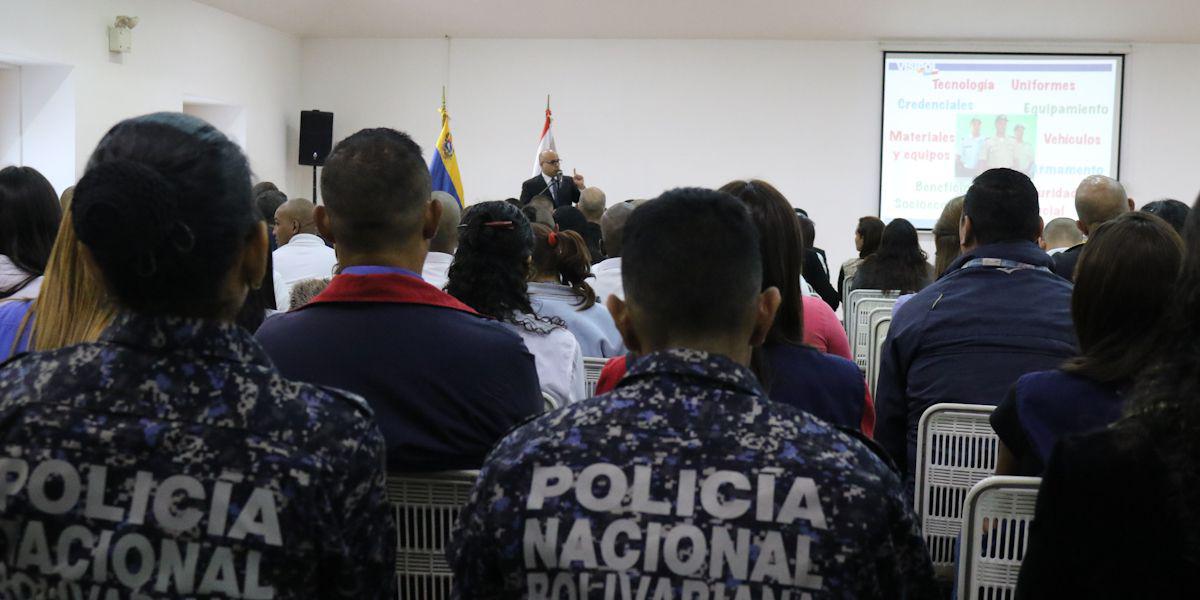 Citizen security of Venezuelans is affected by US economic blockade

On Tuesday, from the National Experimental University of Security (UNES), the forum “Economic blockade and its impact on the right to citizen security” was held, where the impact on the provision of security services was explained, as a result of the unilateral coercive measures illegally imposed by the government of the United States, and how the National Government works to redimension its policies to guarantee this right to all the Venezuelan people.

The activity included the presentation of the Vice-minister of Risk Management and Civil Protection; Randy Rodríguez, the director of the Social Organization Sures; María Lucrecia Hernández, the general director of Political and Social Affairs; Marthyerlina Araguren, the executive secretary of the General Council of the Bolivarian National Police (PNB); Pablo Fernández and the director of Disciplinary Supervision of the Police Corps, Pedro Romero.

In his speech, Pablo Fernández, stressed that “despite the blockade and its harmful effects against society, we are addressing the police component and all services linked to the protection of the people; early attention to needs, emergencies, that may arise (…) despite any international sanction that seeks to break the Bolivarian project, we continue to serve the people”.

For her part, the director of Sures, María Lucrecia Hernández, pointed out that the economic blockade has affected different areas of the Venezuelan’s life and made special mention to the police officers who risk their lives to defend their compatriots.

“If an official of the citizen security body is not well equipped with their uniforms and gear, then they are also being violated in his right (…) we have been discussing this issue from the social organizations to inform about this campaign that we promote to raise awareness and inform about all the negative effects of this blockade and show how Venezuela is resisting”, he said.

In this sense, the director of Disciplinary Supervision of the Police Corps, Pedro Romero Pineda, denounced that the US government has tried to impede the purchase with the companies that supply all the equipment of the Venezuelan police forces.

Regarding the issue of social benefits, he indicated that “there is a reduction in the national budget motivated to the affectation of Venezuela’s main industry (PDVSA), therefore, the budget that should have been allocated to the social security issue of the police, could not be achieved”, he said.

Finally, the Vice-minister of Risk Management and Civil Protection; Randy Rodríguez added that the economic and financial blockade has a strong impact on the national risk system due to the lack of necessary equipment to protect the lives of Venezuelans.

“We can not move money and we are not allowed to buy, and this situation ends up affecting all citizens equally”.

The Vice-minister reiterated that the Venezuelan people are being violated beyond their right to food and health. He stressed that the United States is creating a dangerous situation through unconventional war. 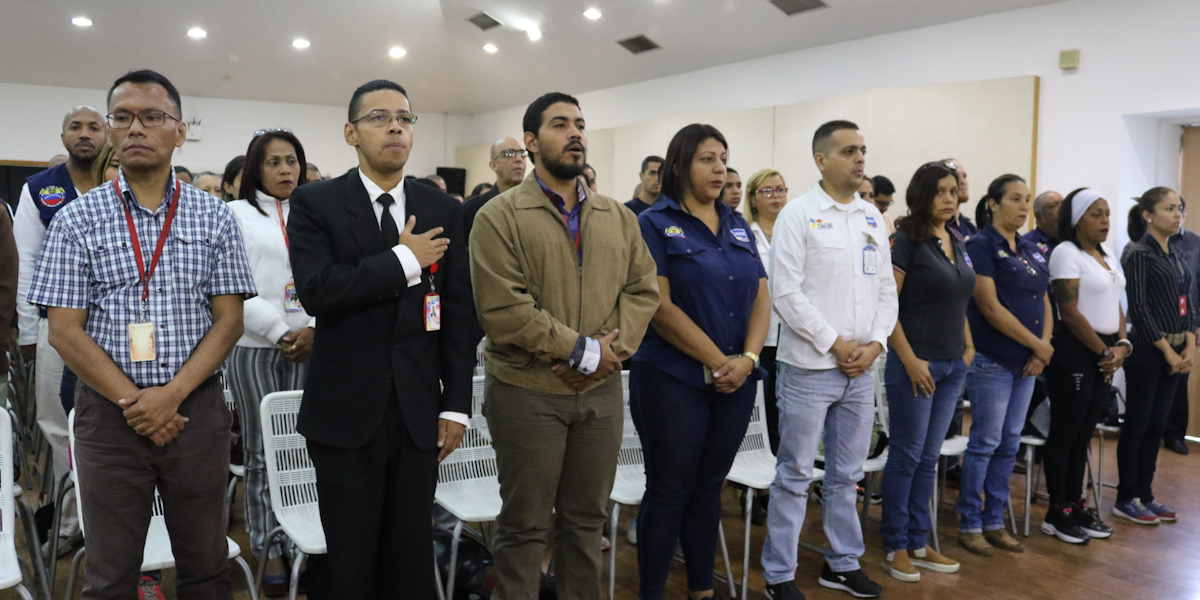