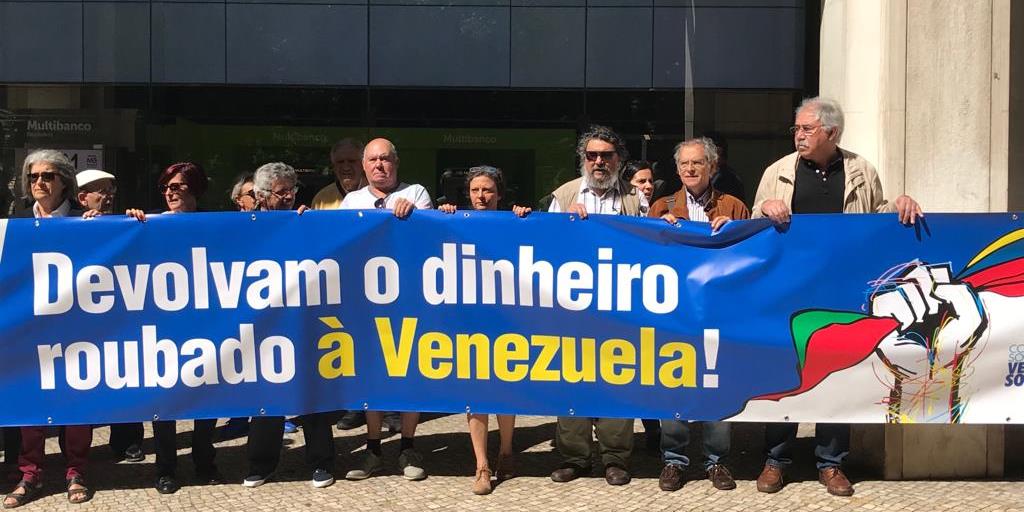 Representatives of various organizations of the Portuguese Republic protested on Monday in front of the headquarters of Novo Banco, in Lisbon, to request the release of € 1,543 million belonging to the Bolivarian Republic of Venezuela that were retained in that financial institution.

The activists denounce that the illegal economic siege to Venezuela, commanded by the United States and in the framework of which these assets have been blocked, prevents the Venezuelan State from acquiring basic goods to meet the needs of the population.

“We are a group of people in solidarity with the Venezuelan people and their Bolivarian Revolution”, agree the protestants who recognize the social investment of the Bolivarian Government in the last two decades.

The illegal retention of € 1,543 million in the financial institution Novo Banco, based in the Portuguese Republic, harms the entire population of the Bolivarian Republic of Venezuela, denounced last May the People’s Power Minister for Foreign Affairs.

On that occasion, FM Arreaza reaffirmed that these assets would be used for the importation of medicines, food and other supplies for the normal development of the country.

The President of the Republic, Nicolás Maduro, for his part, has urged the Portuguese authorities to intercede so that the financial institution unlocks the resources.