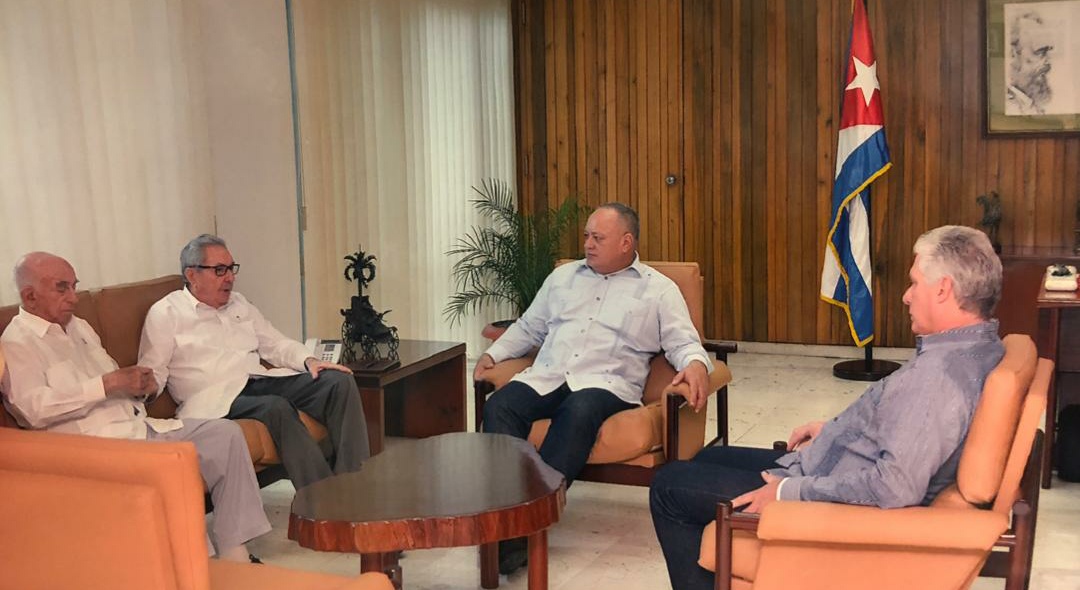 The president of the plenipotentiary National Constituent Assembly (ANC), Diosdado Cabello, met Friday with the president of the Republic of Cuba, Miguel Diaz-Canel, and the Army General and first secretary of the Central Committee of the Communist Party of that nation , Raúl Castro Ruz.

Cabello traveled to Cuba with the purpose of strengthening the bonds of friendship and cooperation that the two countries maintain.

On Thursday night, upon arrival on the island, the president of the ANC was received at the José Martí International Airport in Havana by Ángel Arzuaga, deputy chief and coordinator of the International Relations Department of the Central Committee of the Communist Party of Cuba (PCC ), and by Vice Chancellor Rogelio Sierra.

Later, he moved to the Central Committee of the Communist Party of Cuba and held a meeting with José Ramón Machado Ventura, political and historical communist leader