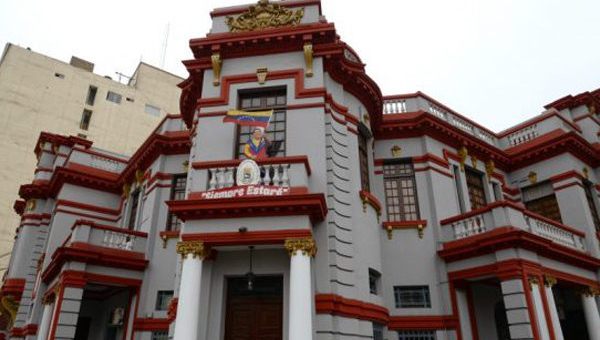 This Saturday through a statement, the Government of the Bolivarian Republic of Venezuela reported that from June 15, Peruvian citizens wishing to enter Venezuelan territory must previously complete the visa application process.

This was announced by the People’s Power Minister for Foreign Relations, Jorge Arreaza through his Twitter account @jarreaza.

This measure is taken in application of the principle of international reciprocity and subsequent to the announcement made by the Peruvian government that establishes that from the same date those Venezuelans who do not have a passport and who have not processed a humanitarian visa at Peruvian consulates in Venezuela, will not enter Peruvian territory.

Likewise, the Venezuelan government will make public, through digital means and through direct information in the Embassies and Consulates of Venezuela in the world, the necessary requirements for the granting of said visa.

Since last April 29, the president of the Republic of Peru, Martín Vizcarra, has ordered the expulsion of 140 Venezuelan migrants, an action that – like the entry into vigor of the new restrictive measures to access the country – has spread through the media in a context of growing xenophobia.