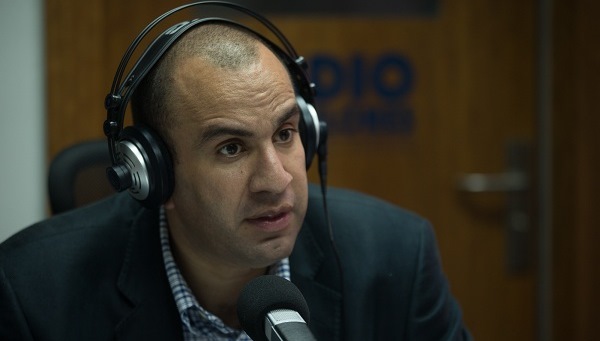 This Thursday, the Secretary of the National Council of Human Rights, Larry Devoe, spoke with the president of the National Institute of Nutrition, Marilyn Di Luca about the Comprehensive Plan for the Attention to the Victims of the Economic War in its program “Human Rights in Revolution” , transmitted through Radio Nacional de Venezuela (RNV).

In this sense, both authorities talked about the actions being carried out by the National Government to combat the devastating effects generated by the economic war, including the violation of human rights of children, pregnant women and the elderly.

“The international doctrine has recognized that when unilateral coercive measures are imposed against a country, they affect the human rights of that population, especially health and nutrition”, said the president of the National Institute of Nutrition.

Davoe said that the Plan for Attention to Victims of the Economic War seeks to guarantee the human rights of the most vulnerable Venezuelan population in the weakest localities.

He stressed that within its objectives is to preserve the social protection model, ensure the full inclusion of the most vulnerable groups, adapt the operation of the institutions to implement the necessary policies and generate a geographic and statistical registration system that allows, with a greater efficiency, the attention of these sectors.

“It is essential that the population know the actions that the government is carrying out (…) The right to life, health and education, employment, food, are being violated by this fierce attack on our country”.

For her part, Marilyn Di Luca, reported that despite the economic blockade, Venezuela has earned international recognition thanks to the policies and platforms developed by its government to guarantee food as a right, within the framework of food security and thinking in the nutrition of the people.

“The National Nutrition Institute is responsible for reviewing, observing and reporting on the distribution of calories and nutrients that should be consumed by the population, with the intention that we have a higher quality of life (…) and in that sense we report very satisfactory indicators”.

He also stressed that the social investment for the international purchase of food is observed by the United Nations (UN).

They also addressed the case of the patients with oncological diseases found in Italy in the framework of an agreement financed by Pdvsa through the Association for Bone Marrow Transplantation, who could not be treated due to the refusal of the international financial system .