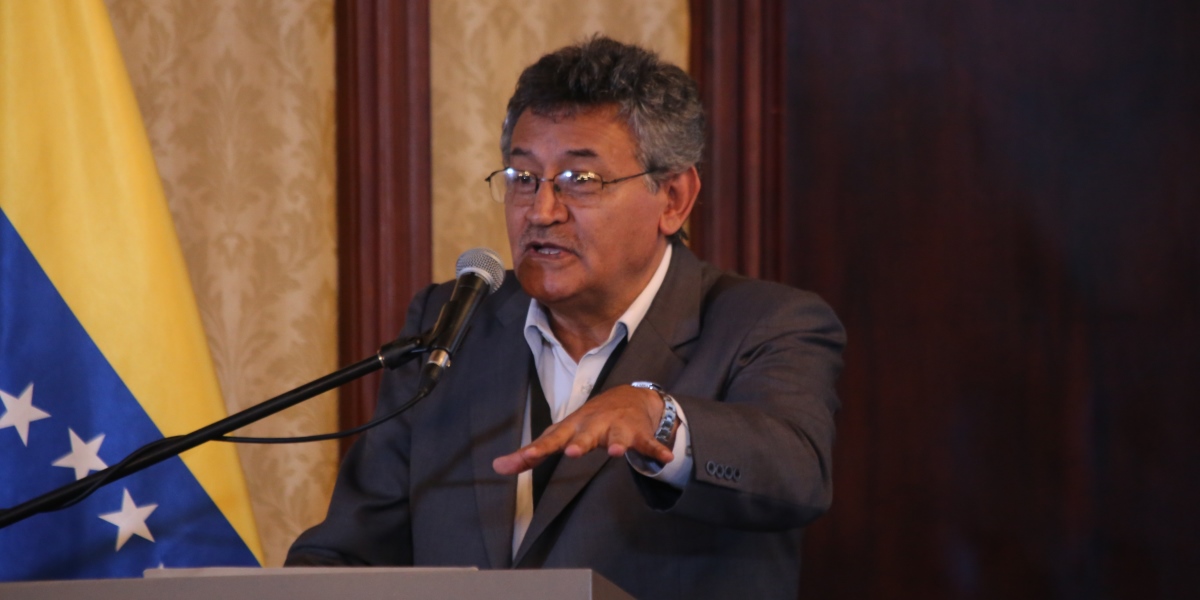 During the forum “Cultural and Democratic Revolution in Bolivia”, which is part of the “Latin American Meeting of Local Governments and Participatory Democracy” – the Governor of Cochabamba, Ivan Canales highlighted the achievements for the strengthening of popular power in his country.

He explained that President Evo Morales has proposed to govern with the people, with the union leaders, with the peasants, who debate with the mayors about the most necessary works for their communities and the regional authorities take these projects to President Evo.

“This is how new schools and hospitals have been built, bonuses have been allocated for students, pregnant women and the elderly and we guarantee the production of food. This thing of governing with the people has been taught not only by Commander Hugo Chávez, but by our brother Evo Morales”, he reported.

Governor Canales also thanked Venezuela and Cuba for the reduction of illiteracy in Bolivia, from 13% to 2.4%.

He added that with the “Bolivia changes Evo complies” program, employment has been increased and drinking water and domestic gas have been guaranteed to the most vulnerable sectors.

The Meeting on Local Governments and Participatory Democracy aims to discuss the experiences of the region that contribute to the defense of the social rights of peoples.