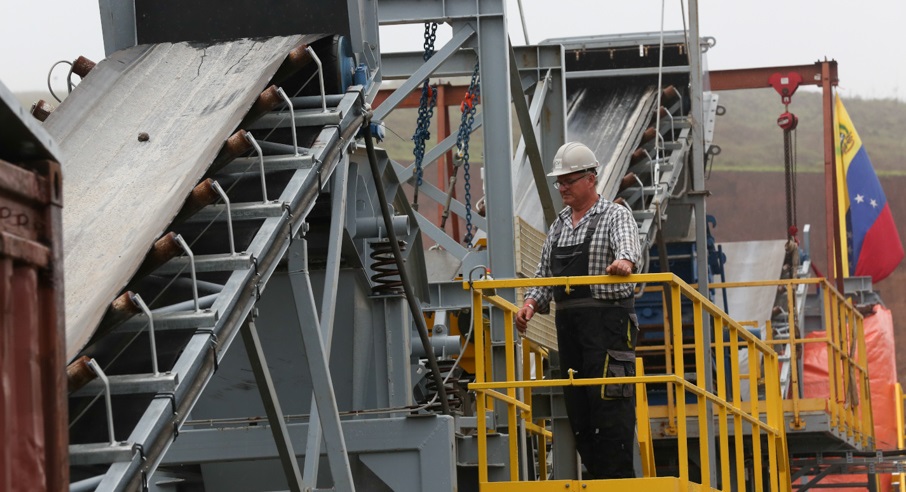 On Wednesday afternoon, the president of the Bolivarian Republic of Venezuela, Nicolás Maduro, launches the National Mining Plan 2019, which aims to position the mining engine demonstrating its strengths and potential as the driving force of the Bolivarian Economic Agenda.

From the Miraflores Palace, this activity is carried out, in which the Executive Vice-president of the Republic, Delcy Rodríguez, the People’s Power Minister for Ecological Mining Development, Víctor Cano, and the Governor of the Miranda state, Héctor Rodríguez, participate.

As part of the activities that are being developed in the mining sector, in August of last year Minister Cano presented the Mining Sector Plan 2019-2025, a strategic program conducted after the public consultation in which more than 15 thousand workers of the sector participated, in order to capture the steps to follow to strengthen an efficient and healthy economic system in the country.

On that occasion, the Vice-minister for Exploration and Investment Ecominer, Franklin Ramírez, said that the work plan is based on the four vertices of the Mining Engine, established by the Head of State: productive economy; social responsibility and human rights; safety and environment.