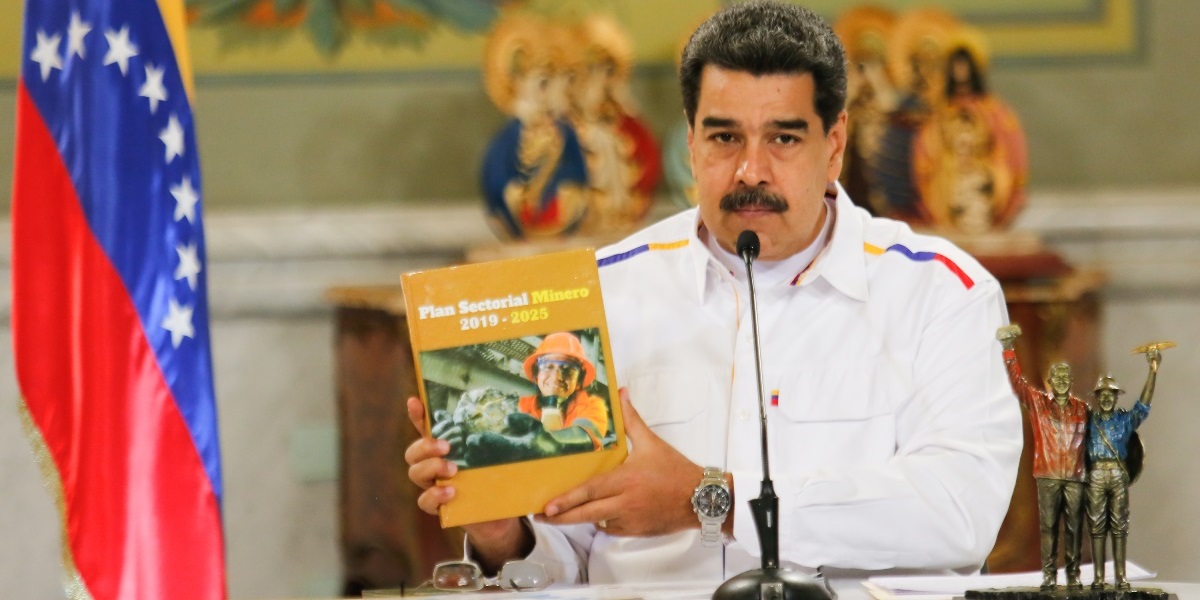 A total of 7.700 million euros were allocated for the implementation of the National Mining Plan 2019-2025, which will be carried out with the participation of national and international companies, announced the head of state, Nicolas Maduro Moros.

This planned investment estimates income to the Republic at least 33 billion euros, the President informed while stated that the Government has set a goal to recover 100 percent of mining companies in the country, which will be formed by 50 medium and large mining alliances.

In addition, 2,100 new alliances with artisanal mining will be added in order to expand the sector, “complying with the Law and respecting the environment”.

The goals are part of the National Mining Plan 2019-2025, which also includes the recovery of 1,025 hectares historically affected by mining and replacing 100 percent of the use of mercury in mining with the adoption of low environmental impact technologies.

During a work day, held at the Miraflores Palace, the National President called on mining businessmen to join this Work Plan to produce wealth for the country that will benefit the people.