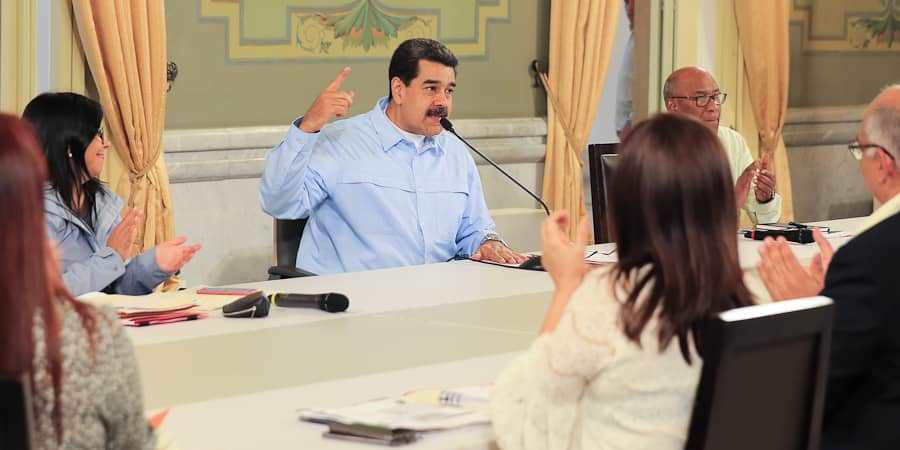 Venezuelan children with oncological pathologies will be treated in Cuba

“The government of Cuba has offered – and has already coordinated – the care of four children who will be treated in that nation”, announced the President of the Bolivarian Republic of Venezuela, Nicolás Maduro during the national presentation of the Integral Plan of Attention to Victims of the Economic War.

“Thanks to Cuba. Cuba always in solidarity, always at the vanguard of medicine!”, Emphasized the Head of State.

He added that the fight against the collateral and perverse effects of this financial persecution must not be neglect because it has caused that in different parts of the world the treatments for bone marrow transplantation and other diseases to Venezuelan patients are suspended due to the blockaded resources for its financing.

“We have the money for our people but the banks do not receive payments from PDVSA because of the blockade and illegal sanctions by the US government”, he said.

The National President also denounced that the Venezuelan right seeks to create greater havoc to the Venezuelan population through the economic, social and structural damage to the country and stressed that the opposition seeks to provoke a situation of chaos to reach political power.

President Maduro ratified that the Venezuelan Government is focused on the search for new strategic allies that will allow it to create new commercial routes to guarantee health care to Venezuelan children.

“I want to be very well informed to address all these issues with great dedication, love and sensitivity (…) be sure, patients and relatives that you have all my support and from the whole Bolivarian Government”, he said.

During his speech, the Head of State asked the sectoral Vice-president of Communication, Culture and Tourism, Jorge Rodríguez, to raise all issues related to the economic blockade and especially those that affect the health of the most vulnerable in Oslo, Norway.

This Friday, the president of Fundalatin, Maria Eugenia Russián, presented before national and international media the testimonies of patients who were financed by PDVSA in Italy to receive bone marrow transplants and to whom the resources were denied as a result of the economic blockade.

Here are some of the testimonies presented: