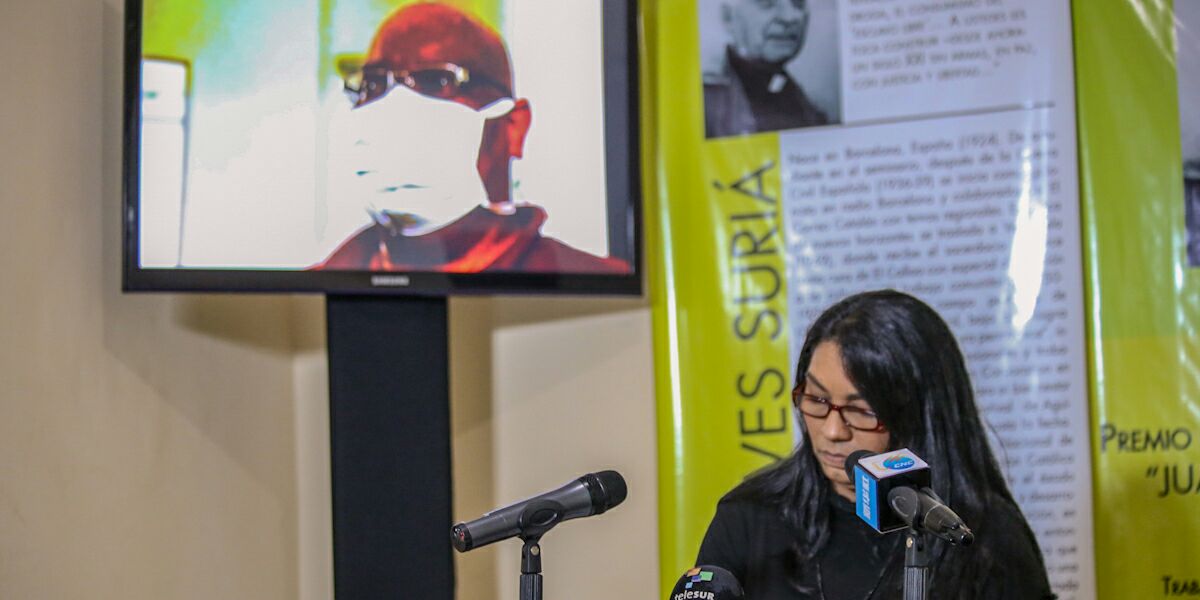 Through a presentation to the press, the president of the Latin American Foundation for Human Rights and Social Development (Fundalatin), Sister Maria Eugenia Russián, showed the research carried out by the Foundation on the cases of Venezuelan patients who are in Italy and Argentina who benefitted from the PDVSA-Citgo social program, and in the face of the blockade imposed by the US government they have seen how their right to health and the treatment, to which they are subjected to in order to safeguard their lives, is dangerously compromised.

Through the testimonies given to the Foundation, the patients asked the US government to cease the economic and financial blockade against Venezuela to continue with their medical treatments and prevent the deaths of more children, adolescents and adults still waiting for a transplant of bone marrow.

Sister María Eugenia Russián, explained that as a result of the investigation, a trip was made to the Italian Republic where the research team was able to maintain contact with patients and their relatives, who also requested the unlocking of Citgo’s assets, in order to continue with the health program that benefits Venezuelans with serious illnesses. She pointed out:

“People with cancer are not a number, nor a statistic, you have to respect the right to life. These measures applied to the Venezuelan State affect the vulnerable population and something as delicate as the right to life, that is why we ask the National Government to look for other mechanisms and alternatives to continue guaranteeing specialized treatments for these patients”.

Russián explained that Citgo contributed the resources to the Association for Bone Marrow Transplantation (ATMO) to manage everything related to the subsidy that was offered to patients with complex diseases and who needed to be transferred to other countries such as Italy and Argentina.

Also, Russián said that through the research carried out by the Foundation, it was possible to contact the relatives of the patients who are hospitalized in the J.M. de los Ríos, where of a total of 30 patients, 12 children had already been considered to travel in January to Italy to carry out their treatment, unfortunately the trip was stopped due to the confiscation of Citgo and the paralysis of the Agreement, causing four patients to have died so far.

She also pointed out that the researchers of the Foundation contacted the relatives of the patients who are in Argentina, five children in critical health condition and low economic resources who were transferred to the Hospital Italia in Argentina to make liver transplants, having that all were supported by PDVSA and whose treatments are at risk due to the US blockade.

In this regard, the president of Fundalatin exhorted the High Commissioner for Human Rights, Michelet Bachelet, to speak out and intercede to lift the blockade against the South American country, which affects the essential rights of the human being.

After the denunciation made by Fundalatin, the Executive Vice-president of the Bolivarian Republic of Venezuela, Delcy Rodríguez, through her Twitter account @DrodriguezVen, said that “the vilest of actions of the Venezuelan right and its imperial masters is the Indolence they have in the face of the suffering of our children, they traffic with the pain of the needy to satisfy their imperial yearnings: steal the money of Venezuelans to give it to their masters”, she said.

This assertion was made by Vice-president Rodríguez, who referred to the case of Isabella, a 22-month-old girl, who is in Argentina in a delicate condition after receiving a liver transplant.

The president of Fundalatin, an organization that has been promoting human rights for 41 years, stressed that in the last three years, they have denounced to multilateral organizations the effects caused by unilateral coercive measures and their effects on the right to health and life of the Venezuelans.

Testimonials from Venezuelan patients: They ask for the right to life to be guaranteed

Some of the testimonies disseminated by Fundalatin, said that after the measures taken by the Trump administration against the state Citgo, life has been put at risk, such is the case of Daniel Rodríguez, patient waiting for a bone marrow transplant, in Italy. He indicated that since February of this year he stopped receiving the financial support granted by the Venezuelan State, reason why hospitals ceased providing attention because he does not have the resources to pay for the treatment.

Rodríguez, who was diagnosed in 2015 with myelodysplastic syndrome, was benefited by the Association for Bone Marrow Transplantation (ATMO), in the encounter with Fundalatin, the patient indicated that due to medical complications, which he overcame, he had not been able to be transplanted, now that he has a bone marrow donor, the entire operative process stopped motivated by the US blockade against Pdvsa-Citgo.

Also, Nelson Serrada, father of Valentino and Paula, both diagnosed with Thalassemia Major, require two blood transfusions monthly. His son received his transplant and has so far responded satisfactorily to the treatment. Otherwise, Paula, who hopes to be transplanted, must travel from Venezuela to Italy, but as a result of the economic blockade it has not been possible to receive medical attention according to her condition.

On the other hand, Leomar González, who has been suffering from Chronic Myeloid Leukemia for 10 years, asked the competent bodies to join efforts to solve the blockade that PDVSA is going through and thus guarantee the life of the patients who are in Italy.

Lisbeyi Molina, patient diagnosed with Hopkins lymphoma, was transferred to Italy thanks to the efforts made by Pdvsa through the ATMO foundation to receive bone marrow transplantation.

“This is a possibility to give life, and we want you to put your hand in your heart because we need that this keeps working”, said Molina. 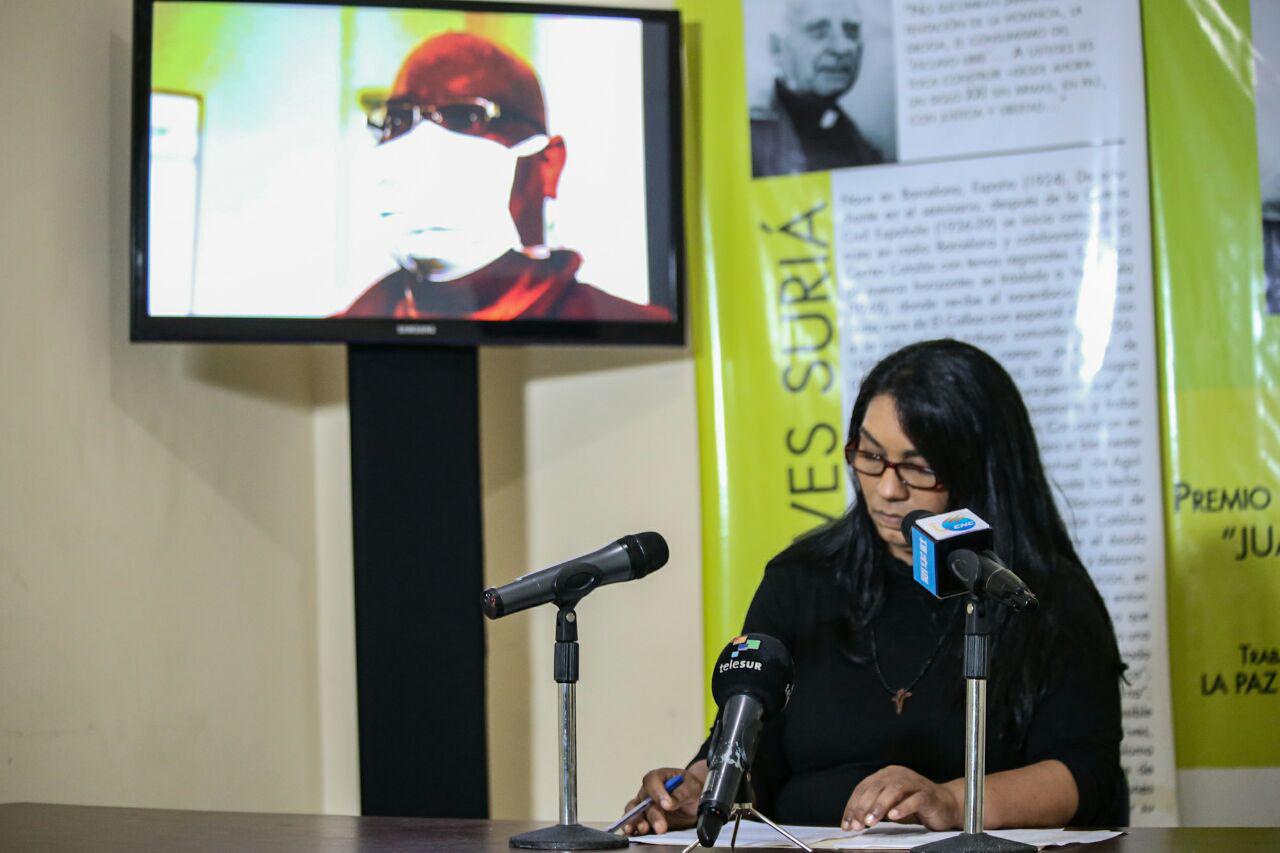