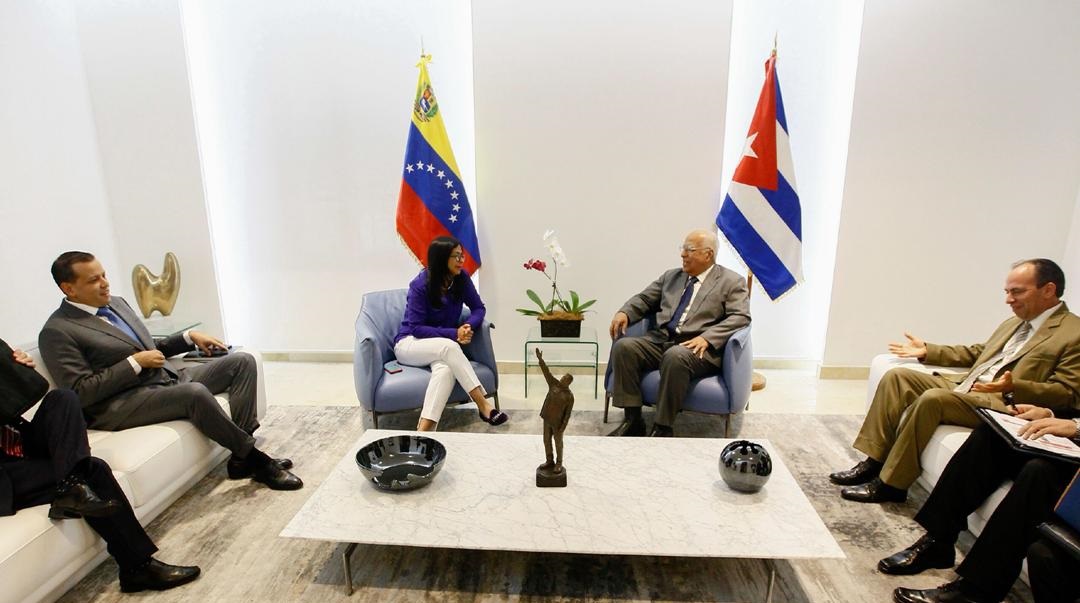 The meeting, which was carried out within the framework of the high-level commission, also included the participation of Simón Zerpa, People’s Power Minister of Economy and Finance, Rogelio Polanco, Ambassador of the Republic of Cuba in Venezuela, Lázaro Artola, head of the economic office, Rubén Sido, Vice-minister of energy and Julio García, chief of missions.

The blockade against both nations by the US empire is a sign of political, economic and financial pressure against developing countries, which prevents the enjoyment of human rights, affecting all sectors of the economy.

It should be noted that Venezuela and Cuba, as brother peoples, signed an Integration Agreement that was signed on October 30, 2000 by Commanders Hugo Chávez and Fidel Castro, which was established with the objective of providing free and quality care to the entire Venezuelan population, contributing to improve their quality of life; becoming an example of union in Latin America and the Caribbean.