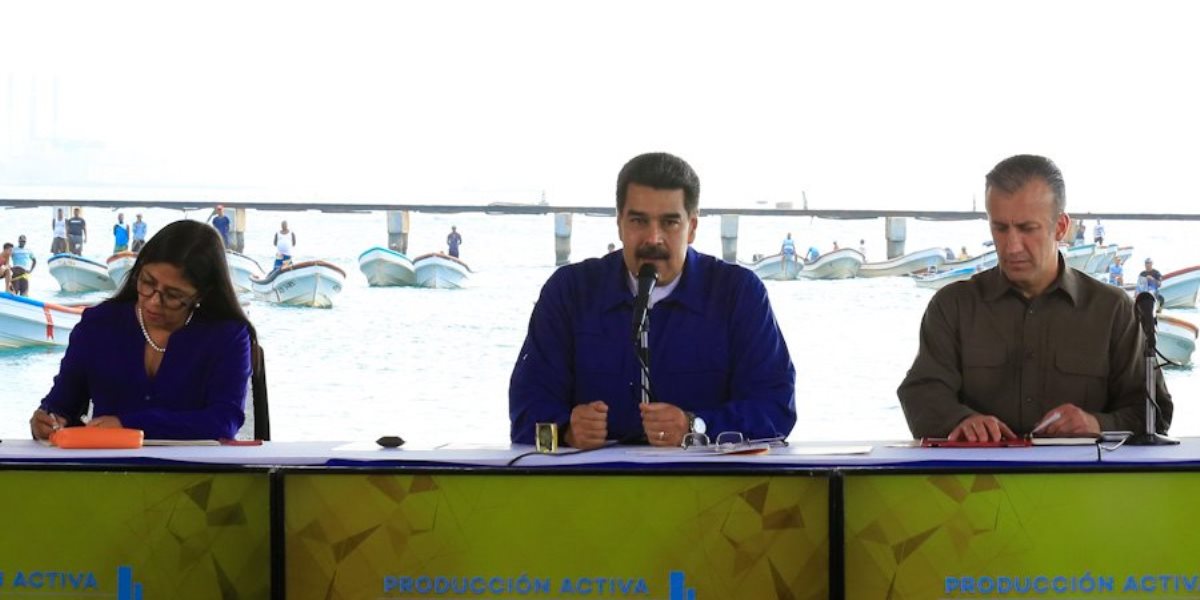 President Nicolás Maduro about the talks in Norway: The only way is dialogue

“I believe in dialogue, it is the only way, it is not that we are betting on several paths: to the coup d’état, to violence and suddenly to dialogue, no, the only way is dialogue”, emphasized the president of the Bolivarian Republic of Venezuela, Nicolás Maduro, during a meeting with fishermen from the east of the country, this Wednesday.

He added that he has just concluded the second day of dialogue with the Venezuelan opposition in Norway in which the sector Vice-president for Communication, Culture and Tourism, Jorge Rodríguez, was present; the People’s Power Minister for Foreign Relations, Jorge Arreaza, and the governor of the state Miranda Héctor Rodríguez.

For the opposition was, in the second of this three days, Stalin González, Martínez Mottola, the former mayor of Baruta, Gerardo Blyde, among others.

President Maduro said he is proud of the delegation we had in Norway and of the beginning of the constructive dialogue with the Venezuelan opposition.

He explained that it cost a lot to get to Norway. There were several months of secret, prudent conversations and it should continue like this.

“I have surveys in hand. More than 80% of the population believes in dialogue. Only a minority believe in a coup d’état. Only a minority is asking for a gringo invasion. What is going to prevail here, is peace. So I decree it and I ask God for his blessings for the peace dialogue between the government of Venezuela and the opposition”, he emphasized.

Next, President Nicolás Maduro read the following statement issued by the Norwegian government:

“Norway reports that this week there has been a meeting in Oslo between representatives of the main political actors in Venezuela.The parties have shown their willingness to move forward in the search for an agreed and constitutional solution for the country, which includes political, economic and electoral issues”.

“In order to preserve the process that leads to results, the parties are requested to take the utmost care regarding to the reservation of both, their comments and statements”.

“Norway reiterates its appreciation to the parties for the efforts made, says the Norwegian Minister of Foreign Affairs, Ine Eriksen Søreide”.

In this regard, President Maduro stressed that the Minister of Foreign Affairs of Norway, Ine Eriksen Søreide, was asking the parties for prudence, caution, for which he reiterates to the opposition that they speak truthfully to their people. “When you are a leader, you have to have courage, you have to speak with the truth”, he said.