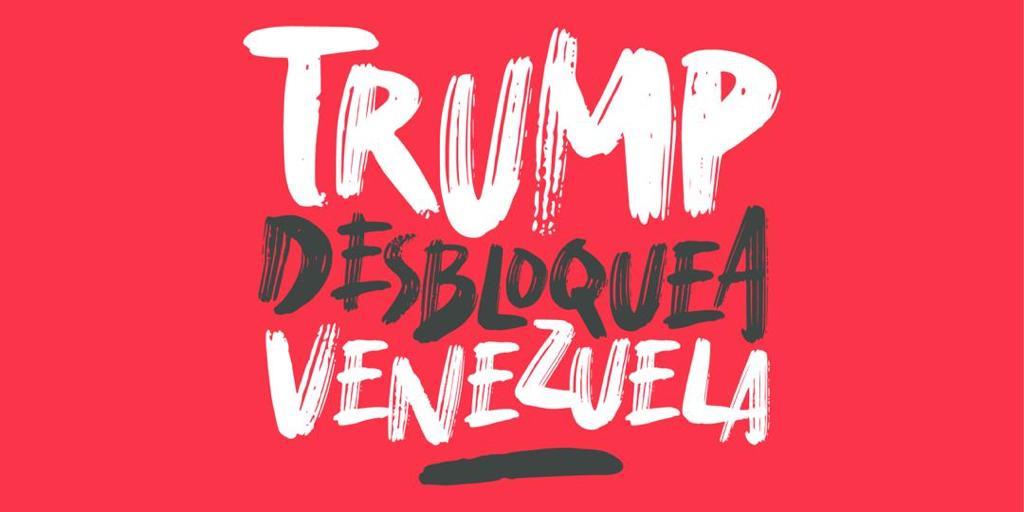 In the context of the international campaign against the illegal blockade that the US government has unilaterally imposed on the Bolivarian Republic of Venezuela, a global “tweet” in support of the Latin American country was successfully carried out this Wednesday.

With the hashtag #TrumpDesbloqueaVenezuela or #TrumpUnblockVenezuela, which reached the fourth position in the 10 most commented trends in the world, the negative matrix that is trying to position Venezuela on the international level was counteracted.

The day also allowed to denounce the serious consequences of the unilateral coercive measures imposed by Washington to Caracas.

The Venezuelan Government has denounced in various forums of international political consensus the harmful effects of this financial siege.

Since December 2014, Venezuela is the victim of a set of unilateral coercive measures by the government of the United States that have resulted in a severe economic blockade, directly affecting the social and economic functioning of the country, the capacity of the Venezuelan State to make sensitive imports of medicines, the use of international banking for various commercial operations, and more recently, has affected effective control of the Bolivarian Republic over its energy and financial assets abroad.