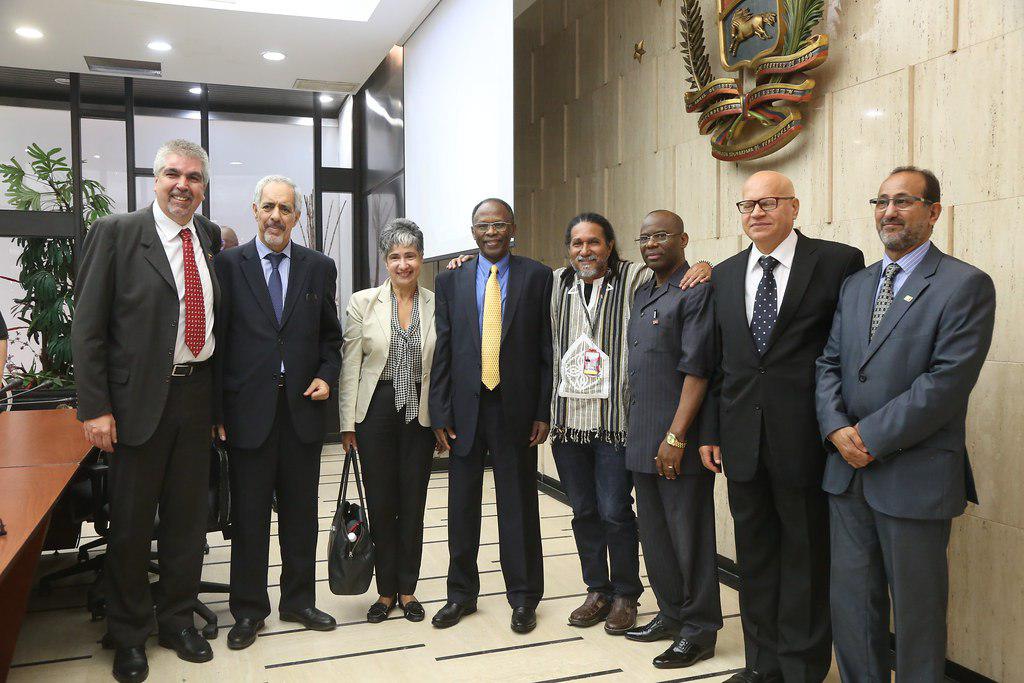 Vice-minister Pimentel: the history of Africa should serve as a source of inspiration in the face of adversity

To commemorate the 56th anniversary of World Day of Africa, the People’s Power Ministry for Foreign Affairs held a forum on Tuesday to evoke the achievements of the African continent in terms of integration and cooperation.

The meeting was held at the Simón Bolívar room of the ministerial tower and was attended by the Vice-minister for Africa of the People’s Power Ministry for Foreign Relations, Yuri Pimentel, the Ambassador of the People’s Democratic Republic of Algeria, Gaouthi Benmoussat, and the diplomat and Venezuelan historian, Jesús García.

In this regard, Vice-minister Yuri Pimentel said that “the history of Africa and its achievements should serve as a source of inspiration in the face of adversity in the processes of integration of a multicentric and pluripolar world”.

“Commander Hugo Chávez in 2006 had the honor of being the first non-African head of state to participate in the African Union Summit, where he made several very concrete proposals calling for South-South integration, hence projects emerged such as Telesur, Banco del Sur, Universidad del Sur among others”, added the Vice-minister.

For his part, the Algerian Ambassador, Gaouthi Benmoussat, informed those present about the most relevant points discussed during the last African Union Summit held on February 10 and 11.

“At the last Summit, we discussed issues that are extremely important for African countries such as refugees, returnees and internally displaced persons in Africa (…) in addition to the humanitarian crises in several African countries, and how to achieve a solution to forced displacement that has affected several Africans”, said the Algerian diplomat.

Finally, the Venezuelan diplomat and historian, Jesús García, said that “the African people are an example of struggle, resistance and integration in order to maintain their culture and freedom. The Venezuelan people follow this example in the face of the adversities and the illegal blockade imposed by the United States Government before Venezuela; we will remain firm as the African people have managed to be”.

Earlier, the African Diplomatic Corps accredited in Venezuela, together with Vice-minister Yuri Pimentel, paid tribute to the Father of the Homeland, Simón Bolívar with a wreath at the Liberator’s Mausoleum, located in the city of Caracas for the celebration of this World Day of Africa.