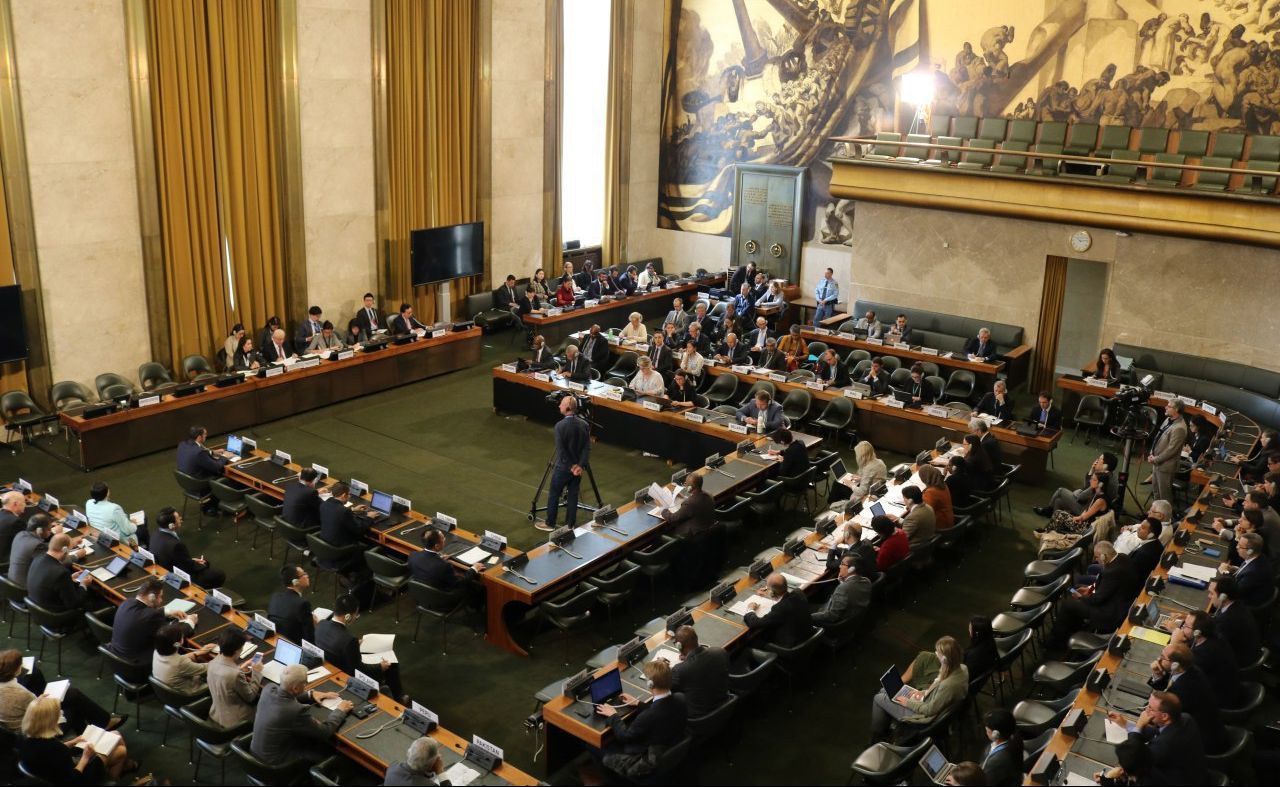 “World peace must prevail … war threats must disappear”, said Venezuelan Ambassador Jorge Valero, after assuming on behalf of the Bolivarian Republic of Venezuela, the pro tempore presidency of the Commission for Disarmament and International Security of the United Nations Organization (UN), with headquarters in Geneva.

Venezuela as a peace flag

Faced with such a turbulent and changing world, Venezuela continues to bet on peace and Bolivarian Diplomacy, Ambassador Valero said.

“Venezuela believes that the Disarmament Commission should be a priority to try to overcome the worrying nuclear scenario that threatens the human species”, he said.

It is necessary to eliminate all weapons of mass destruction, especially nuclear weapons. In that sense, trust and respect among the States must be encouraged, was the call made by the Venezuelan representative.

“Every necessary effort will be made to prevail a constructive and inclusive approach”, he said.

In that sense, he considered that “the political will of the peace-loving States can contribute to achieve the objectives, around the themes of the work agenda”.

Before the Conference on Disarmament, the Venezuelan diplomat denounced the war and aggression policy that the US government is executing against Venezuela.

“The United States has a warmongering, racist, xenophobic and supremacist president who despises multilateralism”, he said.

He also indicated that they insist on “militarily intervening the Homeland of Bolívar and Chávez (…) there are more than 5,470 billion dollars, owned by the Venezuelan people, frozen or confiscated in international banks”.

On the economic-financial blockade

Ambassador Valero reported that according to an investigation by the Latin American Geopolitical Strategic Center (Celag), “the global damage caused to Venezuela, amounts to 350 billion dollars”.

“The United States has seized the oil exports that provide 95% of the nation’s income, and they prohibit the Venezuelan State from using bank accounts to import medicines and carry out its social protection programs”, the diplomatic representative added.

Similarly, he explained that the Trump Administration prevents payments from the South American country, through international banking, and does not allow it to import medicines and the necessary goods for the development of the population.

“The Venezuelan State can not use Citgo’s dividends, calculated at 11 billion dollars, after the US embargo (…) these funds, illegally confiscated, rest on accounts directly managed by the Trump government”.

Another of the aspects denounced by the ambassador of Venezuela to the UN, Jorge Valero, was the rejection of the actions of the delegates of the United States and countries of the self-called Lima Grupo that, in his opinion, intended to use that body that makes up the multilateral organization with the objective of promoting an “interventionist matrix of opinion (…) to force a change of government in Venezuela”.