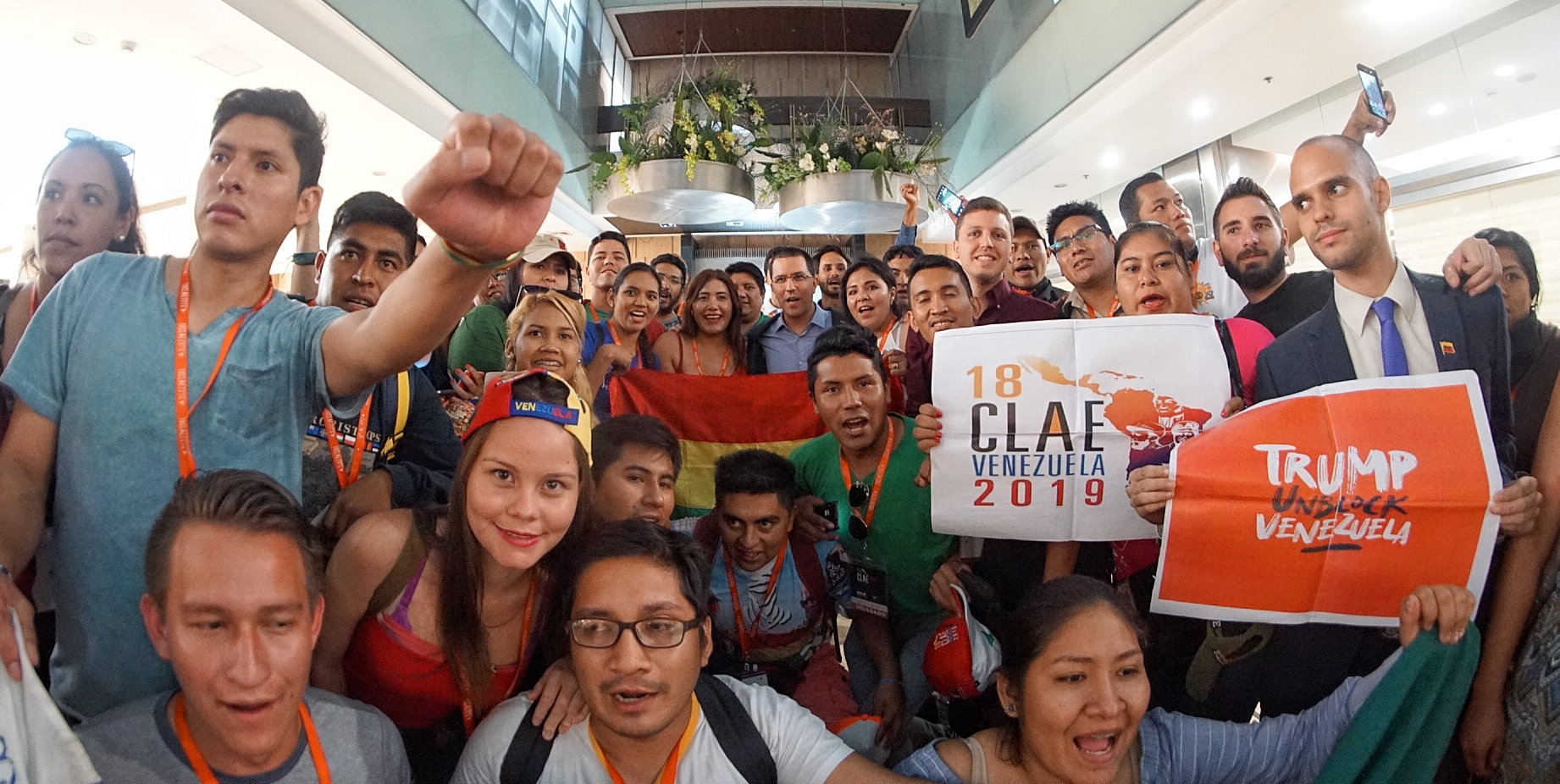 “We are a continent in dispute. Either we are under the control of the empire, or we are under the control of the sovereign peoples, it is a historical struggle!”, that was one of the reflections made by the Foreign Minister of the Bolivarian Republic of Venezuela, Jorge Arreaza, during a visit of the Bolivian delegation in the framework of the activities of the XVIII Latin American and Caribbean Student Congress (CLAE), held in the spaces of the People’s Power Ministry for Foreign Relations.

During the political debate of the students entitled “The Democracy of Peoples”, the Minister stressed the importance of maintaining the spaces created in Revolution.

“We are committed to maintain and radicalize the revolutionary processes in our countries (…) to go to the root of the problems, and to resolve them with the People”, he said.

He also insisted to young people on the importance of defending political spaces, as trenches of thought.

“Politics is the right we all have to dream for a better world and to fight to make it possible (…) if we want to be free, we must break the pendulum (…) we have to make permanent revolutions through democracy”, said the Venezuelan FM.

“Given so much virulence, before so much evil against Venezuela (…) I call the young people of the world to break the pendulum (…) beware of division, you have to live with contradictions, overcome differences (…) must keep the horizon clear and get there”, said the Minister.

In the same way, the Venezuelan diplomat insisted on the young people to make the Revolution by the votes, by the democratic way, with the majorities.

Foreign Minister Arreaza, shared with the young people some reflections about the legacy of the Leader of the Bolivarian Revolution, Hugo Chávez.

“It has been shown that Chávez did not die, we found him in the smile of the children, in the elders who knew the horrors of the fourth republic (…) that is something that the tanks of thought do not understand”, he said. 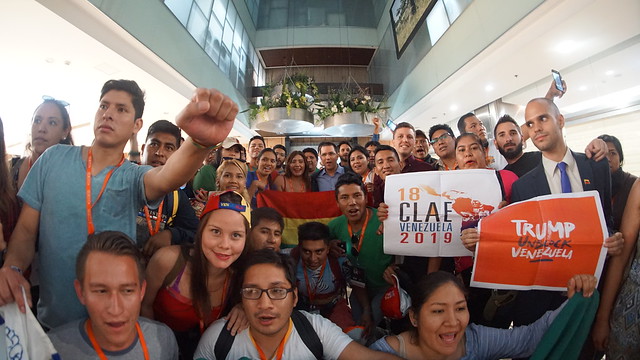