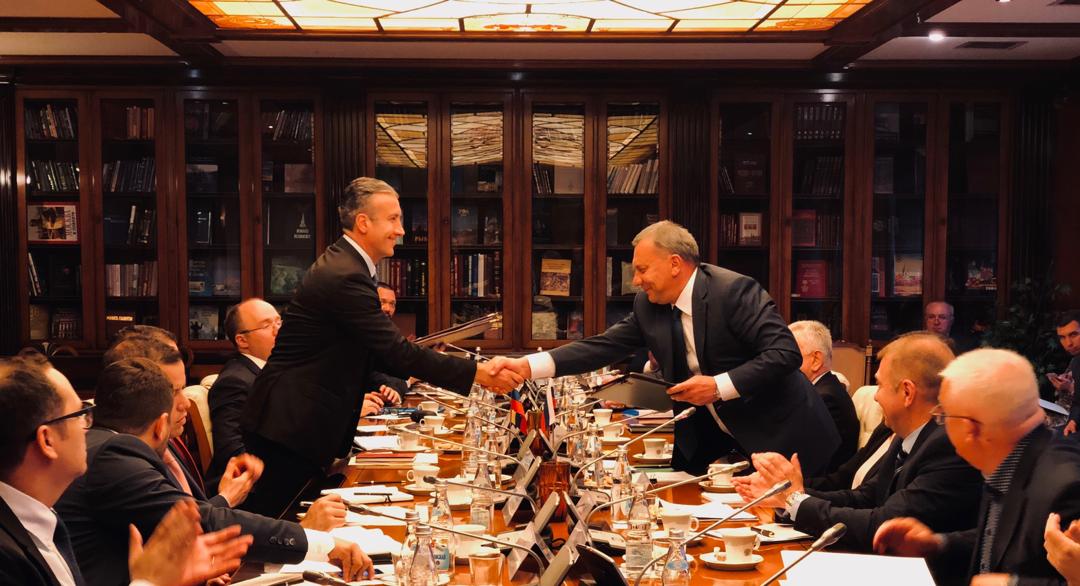 The High Level Intergovernmental Commission (CIAN) Russia Venezuela held a meeting on Thursday in Moscow, where important strategic alliances and cooperation opportunities were consolidated in the financial, industrial, agricultural, mining, commercial, energy, transportation, science and technology and technical-military areas, which will be materialized with the brother Eurasian country.

The co-president of the High Level Intergovernmental Commission (CIAN) Russia Venezuela for the Venezuelan side, Tareck El Aissami, chaired the meeting with his Russian counterpart, Yuri Borisov and a large high-level delegation of both governments, held in the capital of the Russian Federation.

Among the alliances reached between the two nations, the project “Joint exploration and peaceful use of outer space” stands out.

During the working day, the main topics of the binational agenda were discussed and the development of ongoing projects were evaluated and new opportunities for cooperation were identified and included within the framework of the close and deep strategic relationship that bilateral cooperation has acquired between the Russian Federation and the Bolivarian Republic of Venezuela.

In the framework of this bi-national meeting, both authorities signed the final act of the celebration of the XIV Russian-Venezuelan High Level Intergovernmental Commission (CIAN), held from April 1 to 5, 2019 in Russia, where 13 agreements were signed and the 1st Entrepreneurial Meeting between both countries was held, in which more than 256 Russian and Venezuelan companies participated.

Since the visit of the President of the Bolivarian Republic of Venezuela, Nicolás Maduro, in December 2018, bilateral cooperation between both nations has acquired a very high geopolitical level in order to guarantee the greatest welfare for both peoples.

The work agenda developed in the framework of this meeting will yield important results of the historic goal of turning Venezuela into an independent and sovereign power.