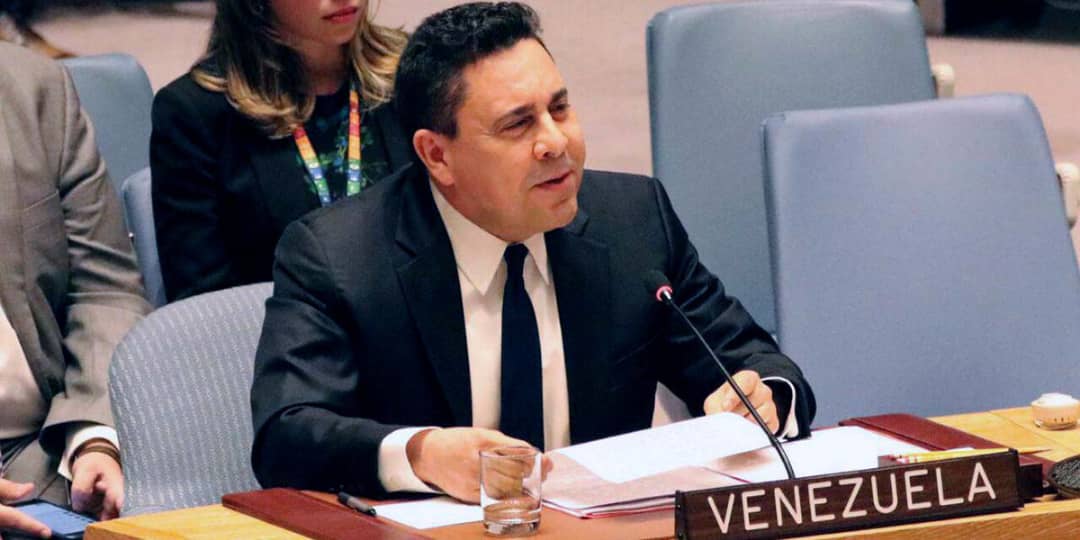 Regarding to the measures taken by the US Department of Transportation about the prohibition of flights with Venezuela, Ambassador Samuel Moncada alerted the international community to the possible plans that would be plotting to isolate the Latin American country, during an interview offered to the RT Chain.

“Venezuela is a country in peace, it does not represent any threat neither to the US nor to any country in the world, there are no foundations or proofs that allow the US Government to fabricate lies and causes to isolate Venezuela”, said the Permanent Representative to the United Nations.

Also, during the interview offered to RT, the Ambassador called attention on the promotion of the fear on flying through Venezuela in the rest of the countries of the region and the world, induced by the United States.

“The US is fabricating lies, its campaign of fatal destruction and simultaneous wars endangers the peoples of the world (…) trying to make excuses to legitimize their action”, said Ambassador Moncada.

In this regard, he called on countries in the region to prevent the US from manipulating them into an operation of aggression against Venezuela and to firmly defend peace as the only way.