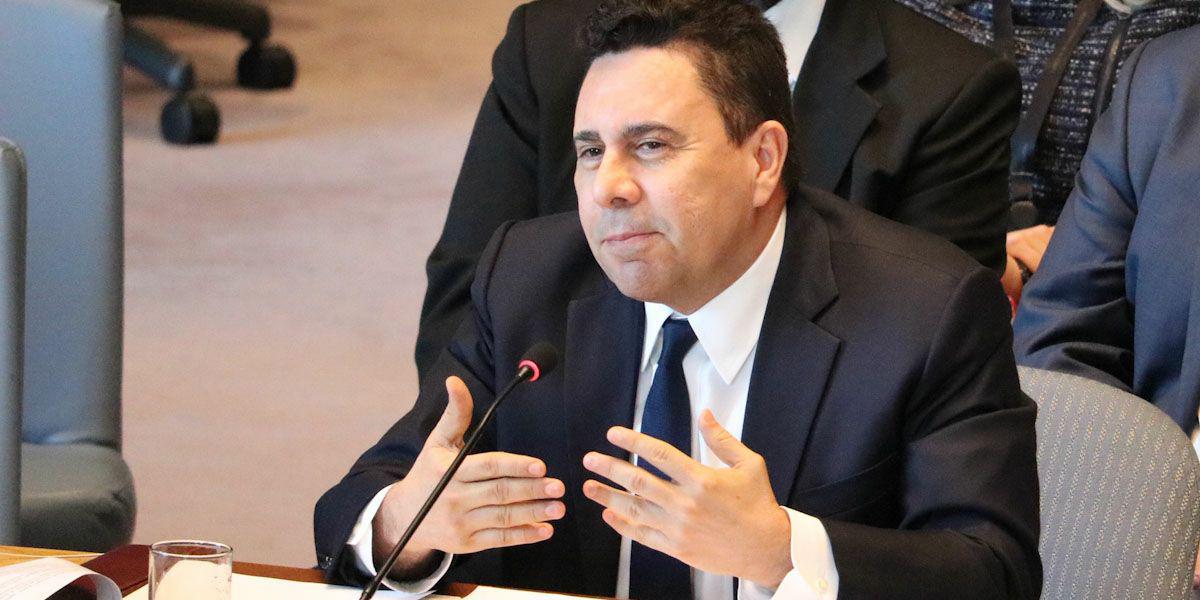 In an exclusive interview for the television station Russia Today (RT), in Spanish, the permanent representative of the Bolivarian Republic of Venezuela to the United Nations (UN), Samuel Moncada, warned of the “aggressive trap” that is being prepared by the Administration of the United States, after the siege of the diplomatic headquarters of Venezuela in Washington, under the concern of the United States Government.

“It is very dangerous, they are looking for a foundation to isolate Venezuela (…) there is no danger in Venezuela, there are no terrorist groups (…) What is the trap, after this measure? We warn the world, there is nothing innocent here”, said the diplomat.

On that point, Ambassador Moncada commented that the Trump government invaded the Venezuelan Embassy in the US capital, violating and openly disrespecting International Law and the Vienna Convention.

Similarly, he regretted that diplomacy is violated in this way, which is the fundamental tool established in a traditional way so that States understand each other and their differences.

“The United States violates the Vienna Convention when it does not like a government. Diplomacy is about negotiating and talking with countries that we do not like (…) it is important to talk with whom one has differences, but the United States sends the police and the armies”, he said.

He also added that the “US government contradicts itself by sending the government of Switzerland to negotiate as a protective country for its Embassy in Venezuela with President Nicolás Maduro, but on the Embassy of Washington he deals with its puppets”.

During the interview with the Russian channel, he accused the United States of preparing a war against Venezuela and that the coup d’état was one of its phases.

“In the OAS they are mounting a case of aggression against Venezuela with an inter-American treaty of reciprocal assistance that they want to use against the country”, he said.

He pointed out that the United States is a country that destroys the entire system of protection of international law to impose its interests by force and abuse.

“I want us to review what the United States is looking for (…) it is seeking to harm us or seeks to invent causes to isolate Venezuela worldwide”, the ambassador warned.

On the protection, financing and orders given by the White House to the Venezuelan right, he said that it is “subordinate people, subservient without shame (…) we are the country of the liberators of America, I do not know where this kind of monstrosity came from, a group so servile, selling their homeland calling to a foreign power for the military invasion (…) that is punishable by law”.

He also described as “shameful that the Venezuelan opposition, whose leaders are from the right and extreme right, have reached this point of dragging themselves before an imperial government only to be granted with usurped diplomatic positions in a violent seat”.