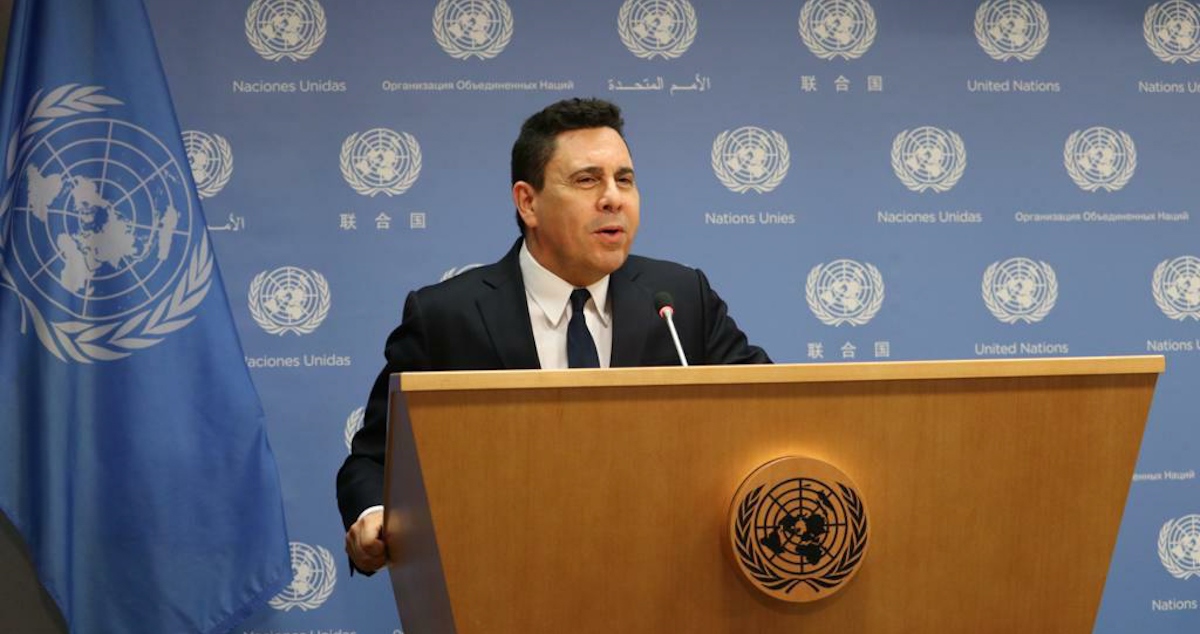 The permanent representative of the Bolivarian Republic of Venezuela to the United Nations (UN), Samuel Moncada, denounced during a press conference from the headquarters of the agency in the city of New York, United States, the repeated violation of the Vienna Convention that governs diplomatic relations, this in the framework of the siege of the Venezuelan diplomatic premises in Washington, which happens with the consent of the US Government.

“There is a Department of State and its objective must be diplomacy, not war (…) they refuse to comply with the Vienna Convention that requires the protection of diplomatic premises even in situations of war (…) they say that we have broken the relations, they want us to respect Article 45 of the Vienna Convention, but they do not respect it here in the United States”, said the Venezuelan diplomat.

He clarified that Article 45 of the International Convention establishes that when two States break relations, their diplomatic facilities still have protection. That is, they can not be arranged by the host State. In these cases, the accrediting nation can appoint a third State to work as a “protective power” in that area.

He also said that the US government is already working to appoint a third State for its embassy in Caracas, but it prevents Venezuela from doing so on American soil.

“Meanwhile, they promote violence in the Embassy, ​​humiliation, violation of the laws”, lamented the diplomat, referring to the violent attacks by opposition groups protected by the Metropolitan Police of Washington against the Embassy that consisted in a water and power outage, as well as the prohibition of the entry of food and medicines for US activists who defend Venezuelan sovereignty in the diplomatic mission.

For his part, Tighe Barry, a US citizen and activist of the ‘Code Pink’ movement who accompanied Ambassador Moncada during the press conference, described the actions of the US government as “unusual”.

“They refuse to comply with the Convention that requires the protection of diplomatic premises even in situations of war (…) we are not at war and we do not want a war (…) let’s go to the agreement, do not violate international law”, Barry said.

Similarly, the activist explained to the international media that the ‘Collective of the Embassy Protection’ has mobilized for the peace of Venezuela.

“We try to stop a US military intervention that would cause many deaths (…) the American people do not want war either. We have resisted in solidarity with the Venezuelan people”, he said.

The activist said that members of the Washington Police and the Secret Service have openly allowed the action of violent groups against the defenders of the diplomatic premises, who have maintained a peaceful attitude despite the provocations and constant attacks.

“From our collective we have not exercised any violent action against the Venezuelan opponents (…) instead we have had women and elderly people beaten”, he complained.

Another of the points addressed during the joint press conference was the actions of the self-called Lima Group and the International Contact Group.

On that point, Ambassador Moncada said that the Venezuelan government has no interest in talking to the Lima Group, which supported the failed coup in Venezuela and insists on recognizing an illegitimate representative like Juan Guaidó, who is the head of an assembly in contempt and who proclaimed himself as ‘president in charge’.

“We see how the Lima Group is desperate because of the failure of the coup attempt on April 30 against President Nicolás Maduro and makes excuses to see if they can justify an invasion”, the diplomat warned. He also recalled that it is not the first time that Venezuela goes through these types of attacks.

He also commented that the suspension of flights of US airlines to Venezuela is a serious fact and is part of the blockade imposed by the US government to end the Venezuelan people through economic deprivation.

“For the last 200 years, the United States has been without war only for 16 years since its independence, while Venezuela has not had a war because we are a country of peace”, Ambassador Moncada compared, denouncing that there are American representatives who want a civil war or a military invasion in Venezuela.

“We are here exercising our rights and we are working to stop the aggression of the United States against Venezuela”, he said at his appearance at the UN headquarters.

The diplomat added that the hostile actions of the US government against Venezuela are examples of “ridiculous, but highly dangerous actions … that are generating a crisis in the entire area of ​​Latin America and the Caribbean”.

“These people are crazy about power and are taking all of Latin America to a situation never seen before”, warned the Venezuelan ambassador.

The diplomatic representative concluded his speech saying “even in case of war, diplomatic installations must be respected, we are not at war and we do not want a war (…) let’s go to the agreement, do not violate international law”. 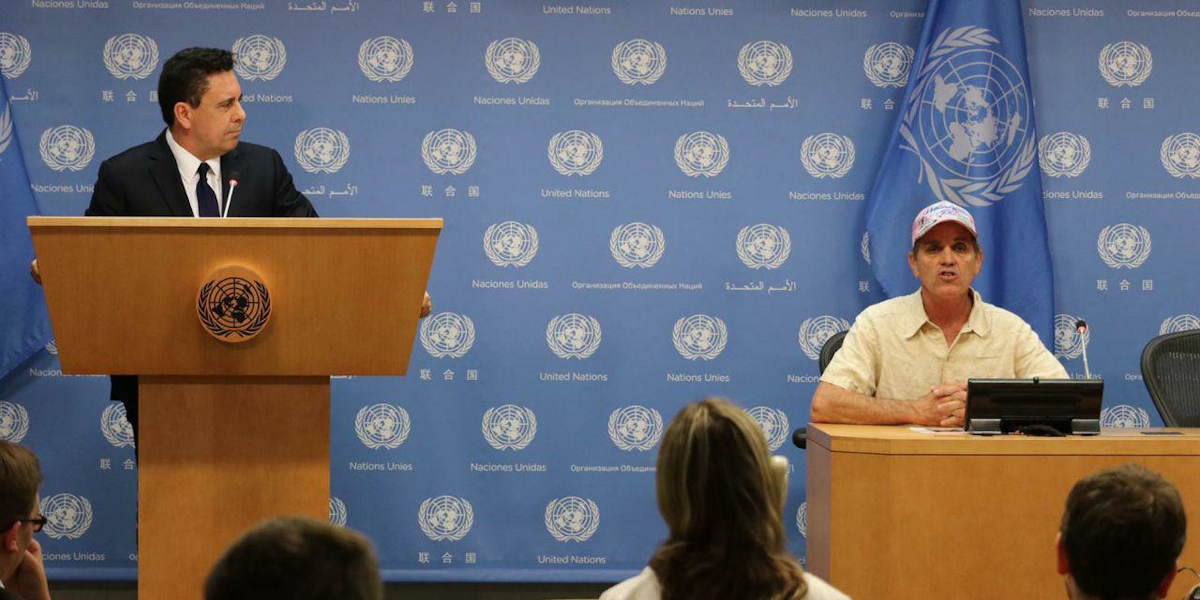