From the emblematic Plaza Bolívar in Caracas the members of the platform of social movements in Venezuela read a statement to express their support for the Collective of Protection that is in the Embassy of Venezuela in Washington and reject the economic blockade executed by the US government against the Caribbean nation.

For Anais Arismendi, of the Bicentennial Women Front 200, the US government violates international law by allowing fascist opposition groups abroad to besiege the groups that are inside the diplomatic headquarters of Venezuela in Washington, who avoid the illegal occupation of that Venezuelan territory.

Through posters these activists expressed their support for the Trump Unblock Venezuela campaign, which rejects the financial blockade applied by the United States against the Venezuelan people, maneuvers that have affected the economy and that also prevents the National Government from accessing goods and services that the population requires, motivated by the illegal retention of the assets of the South American country in foreign banks.

He added that the coup actions to destabilize Venezuela have been gestating through a continued blow against the Bolivarian Revolution since 2002 when it was intended to overthrow Commander Hugo Chávez, which is why he made it clear that they will not stop in their struggle to neutralize to the North American empire defending the sovereignty and self-determination of the Venezuelan people to be free and independent.

“We will go to international organizations to denounce the harassment and continued coup of the Donald Trump government against Venezuela, to once again tell the world that here is the popular power defending the legacy of Commander Hugo Chávez and the government of President Nicolás Maduro”, Arismendi said at a press conference from Plaza Bolívar.

In that communiqué, the United States government was also asked to respect article 22 of the Vienna Convention, which expressly states “that a diplomatic seat can not be penetrated by agents of the receiving State without the consent of the head of Mission”.

In this sense, the social movements rejected the criminalization made by the United States against the groups that are defending the Embassy of Venezuela in North America because, in their opinion, it reflects the neoliberal and fascist pretension of the empire to take over the resources of the Venezuelan State.

Oliver Rivas, of the Venezuelan platform for the International Assembly of Peoples, said that the sanctions issued by the US executive affect Venezuelans not only politically and economically, but also puts at risk the lives of patients with chronic diseases waiting for the monetary resources to be released – illegally retained by the US – in order to comply with their medical treatment.

“The precarious situation that Venezuelans are experiencing is the direct responsibility of the US government. We also denounce the harassment against Venezuelan embassies and send our solidarity to groups that defend national sovereignty”, he said.

Finally, Elizabeth Tortosa, of the International Democratic Women’s Federation, expressed her solidarity with the support groups and highlighted the relevance of the mobilization of the peoples in support of the Bolivarian Revolution. 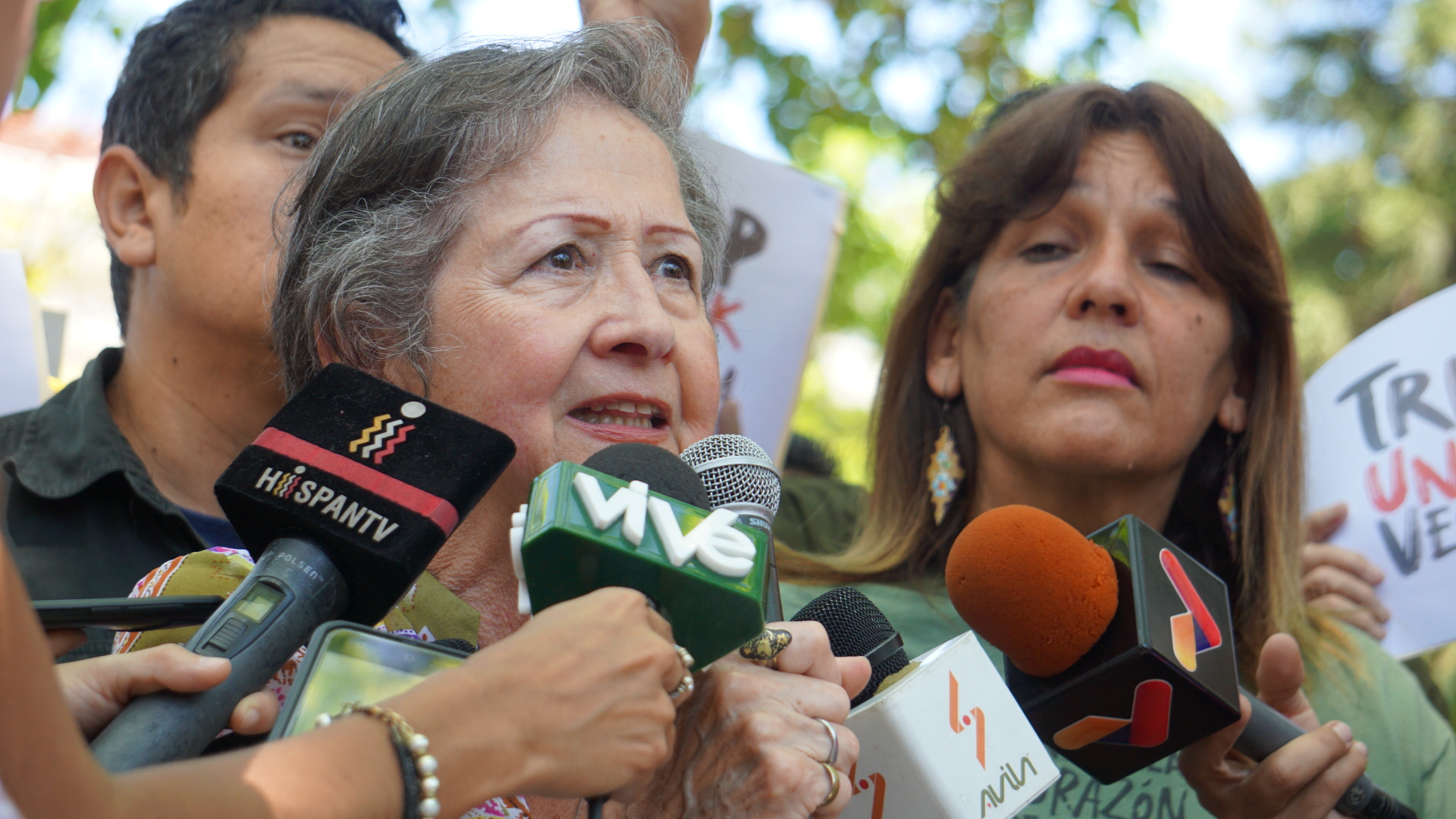