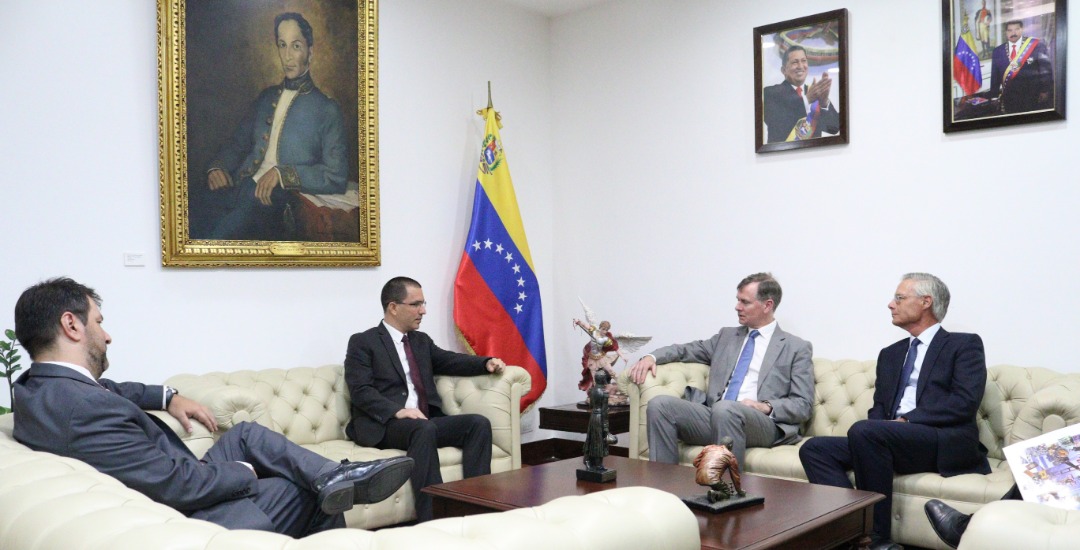 With the firm objective of improving bilateral relations and promoting political dialogue in the Bolivarian Republic of Venezuela, the People’s Power Minister for Foreign Relations, Jorge Arreaza, received on Tuesday the director for the Americas of the Ministry of Foreign Affairs and the Commonwealth of the United Kingdom, Hugo Shorter.

The meeting, held at the headquarters of the Venezuelan Foreign Ministry, was attended by the Vice-minister for Europe, Yván Gil, who previously met with Shorter at Yellow House José Antonio Sucre, in Caracas.

Shorter, who before his appointment as director of the Americas began his diplomatic activity at the Ministry of Foreign Affairs of the United Kingdom, showed the willingness of his country to reach a political and peaceful solution to the Venezuelan polarization exacerbated by the financial blockade imposed U.S.

Similarly, the meeting discussed the steps taken by the International Contact Group promoted by the European Union.