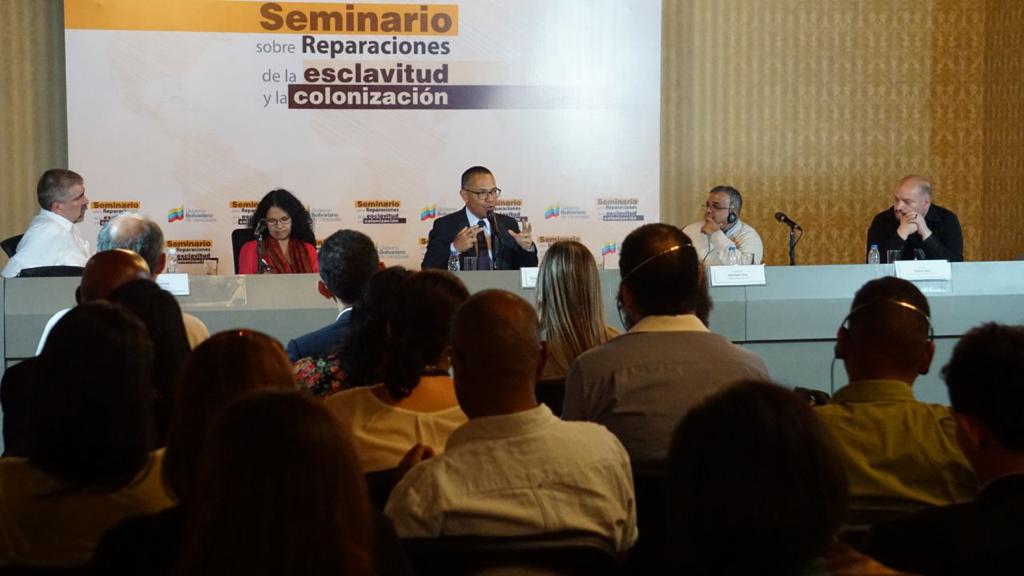 In order to strengthen the struggle of Afro-descendant peoples victims for centuries of the misfortunes implemented by colonialism, this Monday the methodological theoretical seminar about repairing the damages caused by slavery and colonization was installed, which was chaired by the activist Surinamese, writer and researcher of the decolonial line, Sandew Hira.

The inaugural act that took place at the Yellow House Antonio José de Sucre, in Caracas, had the participation of more than 70 guests who were accompanied by the People’s Power Minister for Culture, Ernesto Villegas and the Vice-ministers for Africa and North America of the People’s Power Ministry for Foreign Relations, Yuri Pimentel and Carlos Ron.

They were joined by the Rector of the National Experimental University of the Arts (Unearte), Alejandrina Reyes, the director of the African Knowledge Center, Reinaldo Bolívar and the Constituent María León.

After starting the activity, the Surinamese activist said that the main objective of the reparations is to correct the historical injustices that have been committed not only with people of African descent but also with countries such as Venezuela, which is subject to an economic blockade imposed by the United States, which affects and harms their well-being as a people.

In this context, Hira added that both the empires and the current administration that governs the United States is transitory, “it is a temporary civilization”, by which he invited the victims of the colonial policies to unify efforts to build future civilizations , which in his opinion, should be encouraged without the vices of capitalism and neocolonialism.

Meanwhile, Minister Ernesto Villegas said that capitalism has developed mechanisms of suppression, so the struggle for decolonization must be “a struggle for liberation that can not be conceived separately”.

“We must generate enough revolutionary force to free ourselves from the ties of imperialism”, Villegas emphasized.

He added that the oppression of the peoples occurred in past centuries is resumed at present and is made manifest through the economic, political and social sanctions of which the peoples of the world are victims, among them, Venezuela.

“Today sanctions are imposed as a mechanism of blackmail, therefore, the flag of reparations can not be exclusive to people of African descent but to all oppressed peoples”, he said.

Finally, the Vice-minister for North America of the Venezuelan Foreign Ministry, Carlos Ron, stressed that it is important to discuss reparations and establish an unified platform to advance in the related issues in the field of decolonization.

This seminar is part of the International Decade for Afrodescendant People 2015-2024, which was proclaimed by the General Assembly of the United Nations (UN) in 2013 and covers three dimensions: historical-philosophical, political-social and legal. 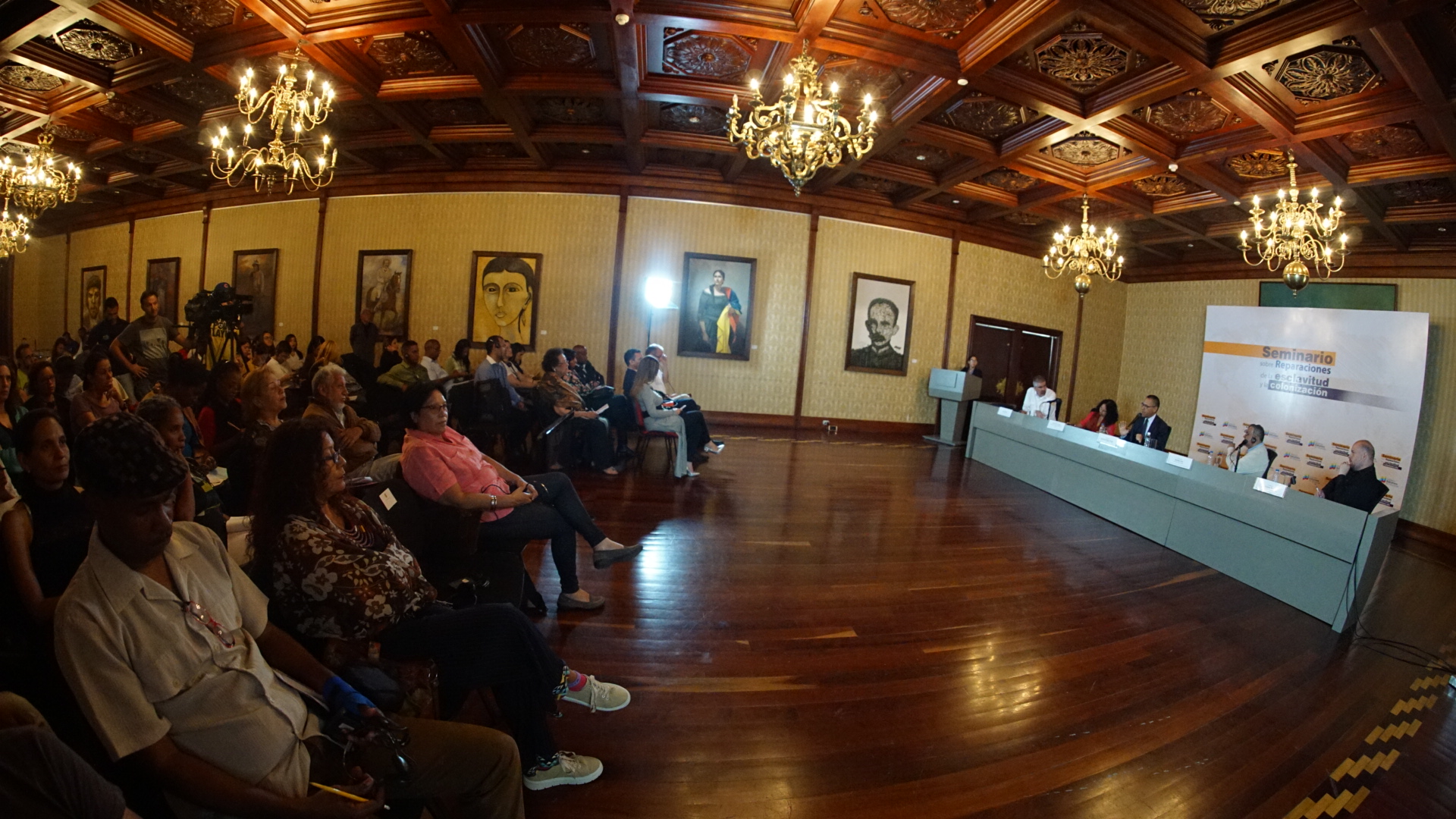