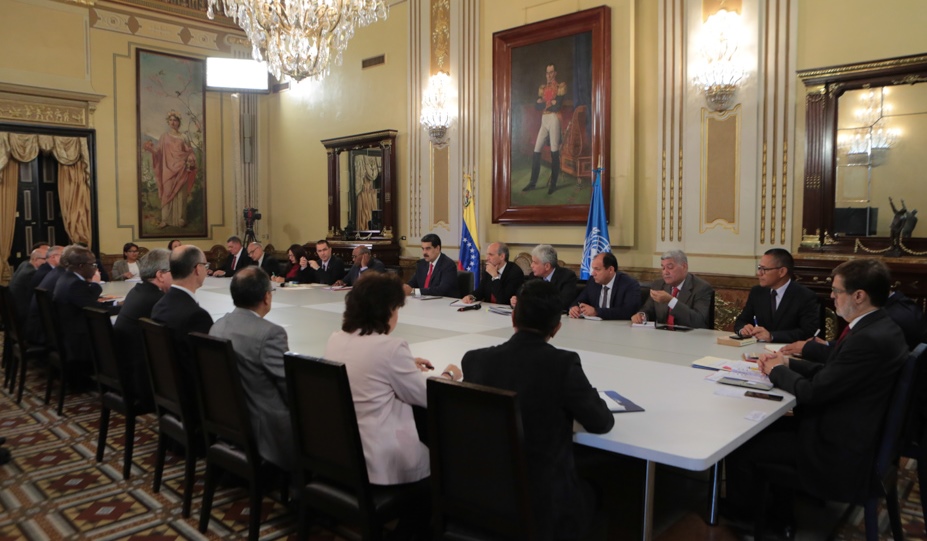 The President of the Bolivarian Republic of Venezuela, Nicolás Maduro Moros, held a meeting with representatives of the United Nations (UN) in the Simón Bolívar Room of the Miraflores Palace on Monday afternoon.

At the meeting, members of the Executive Cabinet and the international organization addressed issues related to the sustainable development goals of the 2030 agenda, with the purpose of evaluating mechanisms that propitiate the necessary conditions to promote economic, social and environmental development in the country.

While on the government delegation; made an appearance the sectoral vice president for Social Development and the Revolution of the Missions, Aristóbulo Istúriz; the sectoral Vice-president of Planning and People’s Power Minister for Planning, Ricardo Menéndez; the Foreign Minster of the Republic, Jorge Arreaza, among others. 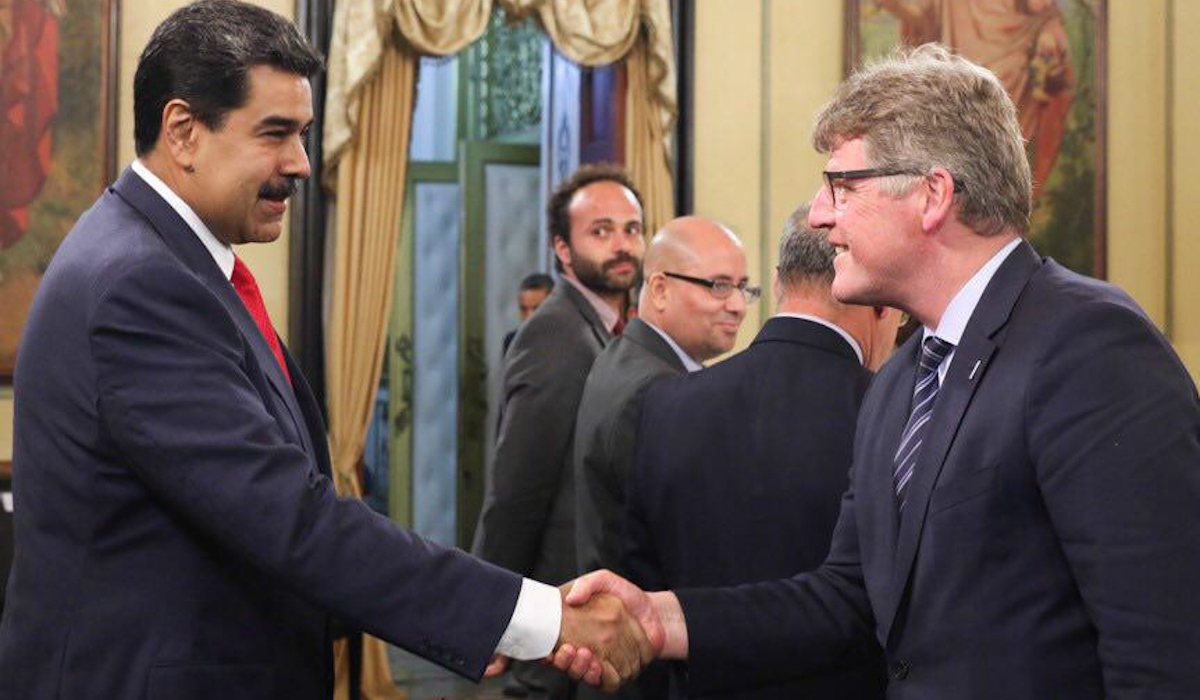