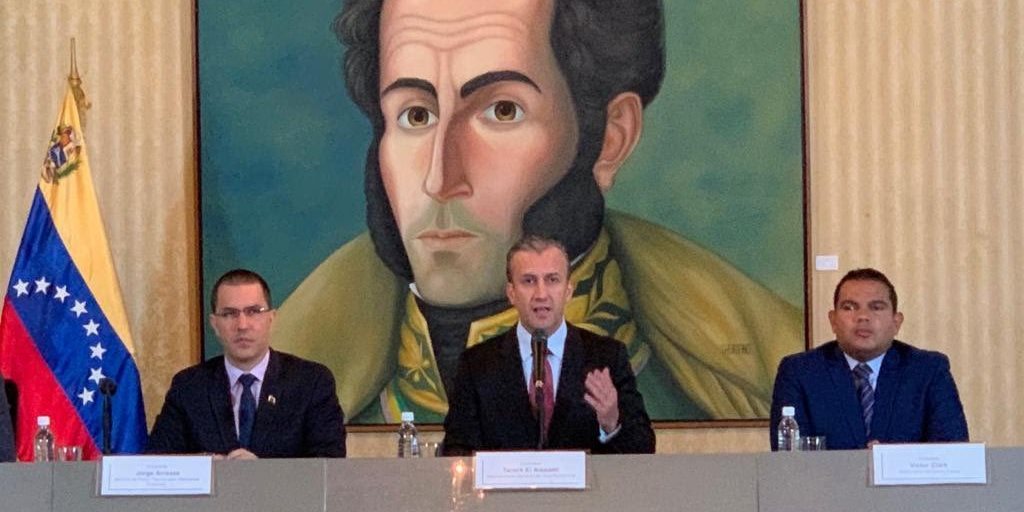 The Government of the Bolivarian Republic of Venezuela officially announced on Friday to the Embassy of the Kingdom of the Netherlands in Caracas its decision to re-establish air and sea connections with Aruba, informed the Vice-minister for Europe of the People’s Power Ministry for Foreign Relations, Yván Gil.

The measure, after a series of contacts with authorities on the island, was adopted with the vision of re-impelling relations between the two territories, said the Venezuelan diplomat through his Twitter account @yvangil.

This Friday, under the instructions of President Nicolás Maduro, the sectoral vice-president of Economy, Tareck El Aissami, announced the restoration of air and sea connections with Aruba, one of the three islands of the Kingdom of the Netherlands that borders Venezuela, which remained closed by decision of the Venezuelan Executive since last February 20.

In a statement to the press from the Yellow House Antonio José de Sucre in Caracas, the senior official reported that the parties agreed to start work commissions to gradually restore all communication channels, trade and bilateral exchange.

“I hope that wisdom prevails in the other authorities of the islands of the Kingdom of the Netherlands and avoid being instruments for aggression against the territory of the Bolivarian Republic of Venezuela”, he said in reference to Bonaire and Curacao.

The Vice President of Economy also announced the restoration of the border crossing with the Federative Republic of Brazil, which was closed on February 21.

The closing of Venezuela’s borders with Aruba and Brazil, as with Bonaire and Curazao, was ordered by President Nicolás Maduro because of the interventionist position of their governments in the internal affairs of the country and their support for an orchestrated operation from States against the Venezuelan sovereignty under the facade of “humanitarian aid”.