With the aim of optimizing the attention of Venezuelans in a situation of vulnerability due to the harmful effects of the US blockade, on Thursday the People’s Power Minister for Foreign Relations, Jorge Arreaza, held a working meeting with the different representatives of the agencies of the Organization of the United Nations (UN) in Venezuela.

“I would like to mention that, since January of this year, we have formed this work team in the humanitarian area with international standards, where the United Nations agencies are involved, the Red Cross as a spectator, non-governmental organizations and State institutions that are responsible in each of the areas that have been identified as priorities: health, nutrition, food security, protection, education, water and sanitation and hygiene.

He also said that humanitarian assistance focuses on the most vulnerable people such as; children, pregnant women, migrants and indigenous peoples, but it is hoped that this work methodology that is being created in cooperation with the multilateral organization will allow Venezuelans to be assisted in a more coordinated way, “and this means the involvement of all, of state institutions and also of civil society and other actors”, he added.

The Resident Coordinator of the United Nations Organization, also stressed the need for the humanitarian issue to leave the political sphere, “neutrality (…) we must concentrate on finding solutions, we will help the most affected, without distinctions”.

For his part, the Foreign Minister of the Bolivarian Republic of Venezuela, Jorge Arreaza, stressed that it is a joint work of the United Nations System, the Venezuelan State, the ministries involved in each of the areas and the cooperation and assistance coordination team (ECA).

Regarding health, he informed that positive indicators on the reduction of cases of malaria, diphtheria and measles have been received by the People’s Power Ministry for Health and the Pan American Health Organization. He stressed that joint action is planned to establish vaccination days, offer treatments and educate on the prevention of this and other diseases.

He announced that the World Food Program (WFP), one of the agencies of the United Nations Organization that distributes food to support development projects and will undoubtedly mean a great deal, will soon be incorporated under the coordination of the cooperation and assistance team. support in the fight against induced war.

“Let us remember that at this moment Venezuela is a country that is under a financial and commercial blockade by the United States, which generates serious consequences and suffering”.

The Foreign Minister informed that next week there will be a presentation of accounts on the progress made in all areas to the president of the Bolivarian Republic of Venezuela, Nicolás Maduro Moros. 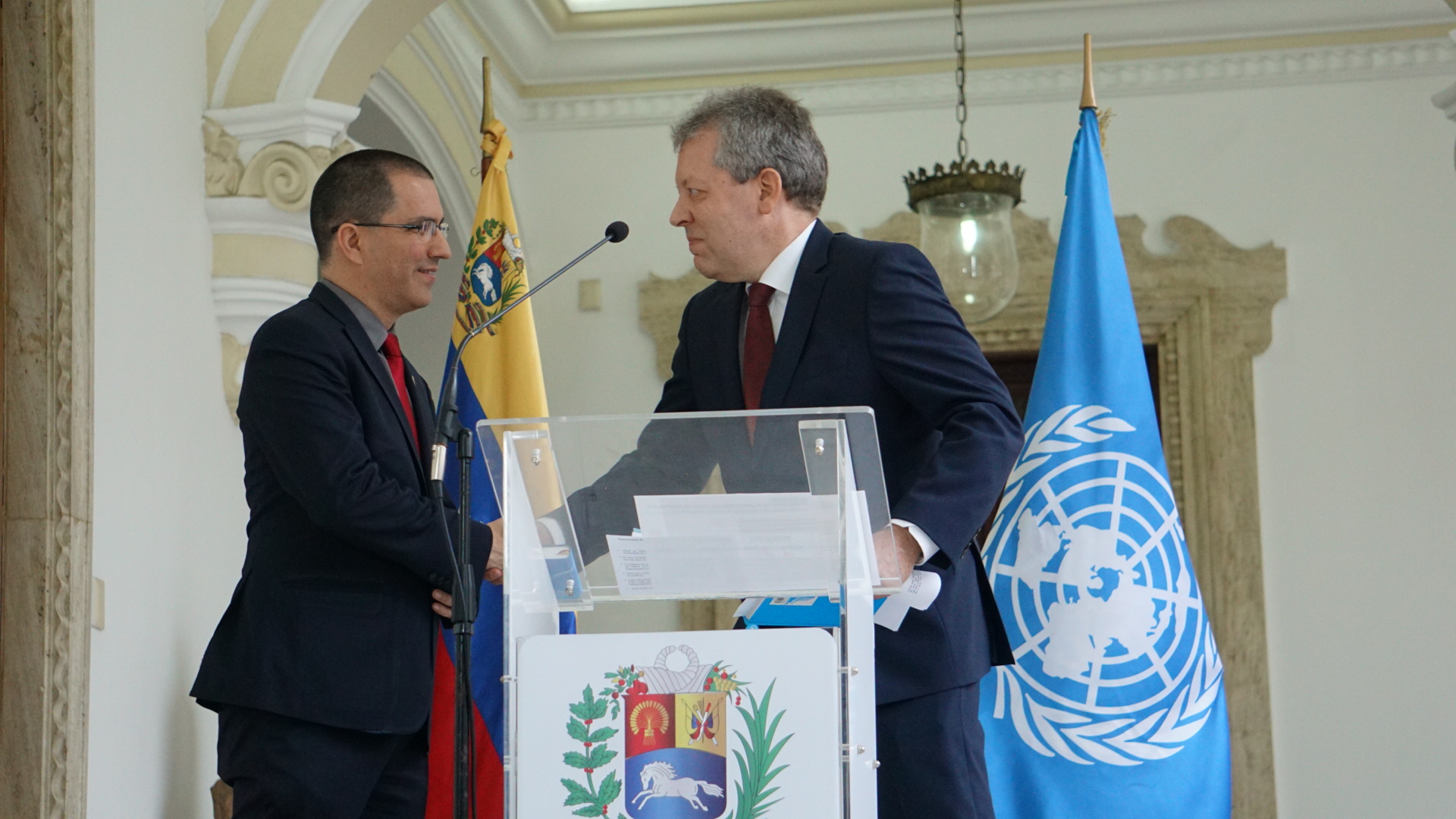