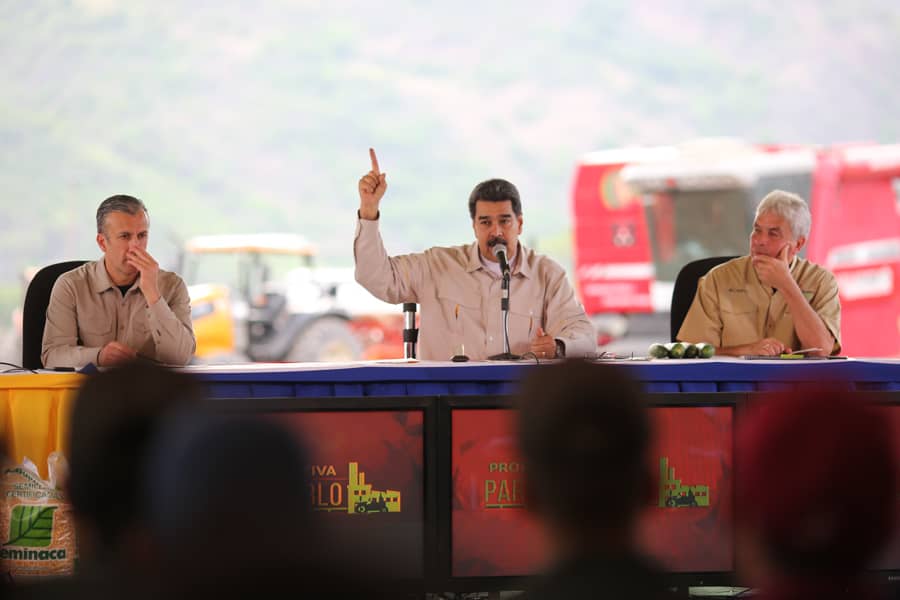 President Maduro to imperialism: Here we have a cohesive and loyal Bolivarian National Armed Forces

“Here we have a single Armed Forces, united, cohesive and loyal to the Bolivarian Revolution and its Commander in Chief”, said the President of the Bolivarian Republic of Venezuela, Nicolás Maduro, with which he responded to the permanent pronouncements of spokesmen of the US administration against Venezuela.

He denounced that “US imperialism, the supremacist government of (Donald) Trump” does not cease to “declare every day about the Armed Forces”, by whipping up the pronouncement of the vice president of the United States, Mike Pence, who has threatened to punish the magistrates of the Supreme Court of Justice (TSJ) of Venezuela if they do not oppose President Nicolás Maduro.

“Yesterday, Mike Pence declared, that the soldier who betrays the Homeland and goes over to the side of the gringos, they will reward him, a lack of respect for the honor, the dignity of the FANB (Bolivarian National Armed Forces)”, said the Venezuelan head of state.

President Maduro cataloged this as the real imperialist, colonialist vision, “they believe that, giving an order, the Venezuelan military will say: Roger Mr. Mike Pence”.

“No, Mike Pence!, the Commander in Chief of the FANB, you got him here, and is called Nicolás Maduro Moros, worker president, and the FANB is united, united and loyal to that Commander in Chief and before the national structure, the concept and the Bolivarian doctrine”.

In relation to Pence’s pronouncement and his threat to the judges of the Supreme Court of Justice, President Maduro stressed: “The Supreme Court has already given a strong response of honor, moral and anti-imperialist constitutional force to Mike Pence”.

“They want to colonize Venezuela”, said the Venezuelan president, recalling the coup show on April 30 that “was defeated by the civic-military union, the cohesion of the FANB and the people on the street”.

Even, he said: “The time will come for us to say everything, meanwhile the FANB, from the Higher General Staff, from the Operational Strategic Command (CEO), the regions and zones of integral defense, have already taken measures to reinforce the discipline, morality and union, to say to imperialism: Here we have a single Armed Force united, cohesive and loyal to the Bolivarian Revolution and its Commander in Chief”.