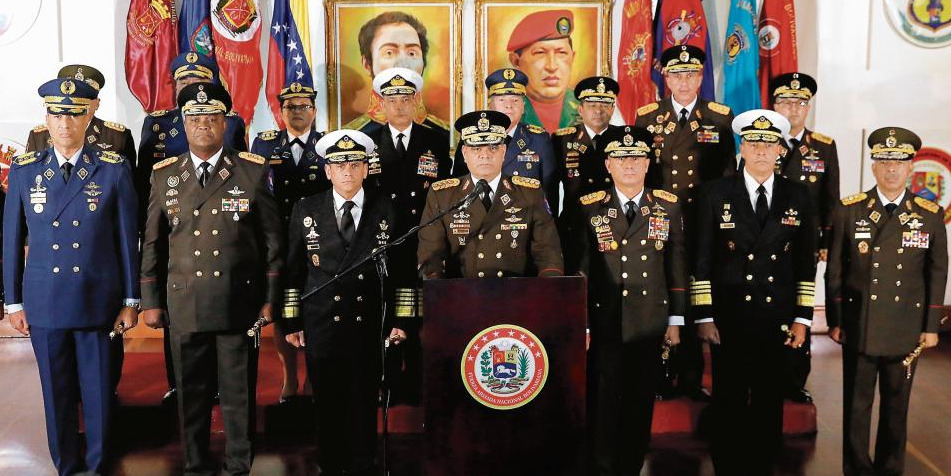 This Wednesday through a statement, the Bolivarian National Armed Forces (FANB), rejected the statements issued by the head of the Southern Command of the United States, Admiral Craig Stephen Faller, who tried to question the commitment and loyalty of the Venezuelan military by stating that the institution “must decide whether to support a people or a tyrant”.

“Do not underestimate the military honor of the Venezuelan soldiers, which, despite the individualities that deviate themselves from such a sublime value, has implicit a higher level of political and patriotic consciousness, which does not accept blackmail, manipulation, intimidation, nor the deceptive offers of imperial agents and their puppets”, reads the statement.

During his speech, Admiral Craig Stephen Faller, dared to label as “legitimate leader”, the pro-coup deputy and self-proclaimed president, Juan Guaidó and shamelessly exclaimed that he is witness to the struggle of the Venezuelan people, when in fact, the Venezuelan situation have being induced by the same American government.

The military corps asserted that Admiral Faller demonstrates marked ignorance regarding the libertarian and democratic traditions that characterize the Bolivarian National Armed Forces (FANB), who take the oath to defend their homeland, their institutions and especially the dignity of the Venezuelan people. ; before the ambitions of the American empire, which has always tried to subjugate the Latin American countries.

Likewise, the People’s Power Minister for Defense, Vlaldimir Padrino López, assured through his official Twitter account @ vladimirpadrino, that US politicians and military spokesmen ignore the national reality and do not know the scope of the Venezuelan Constitution.