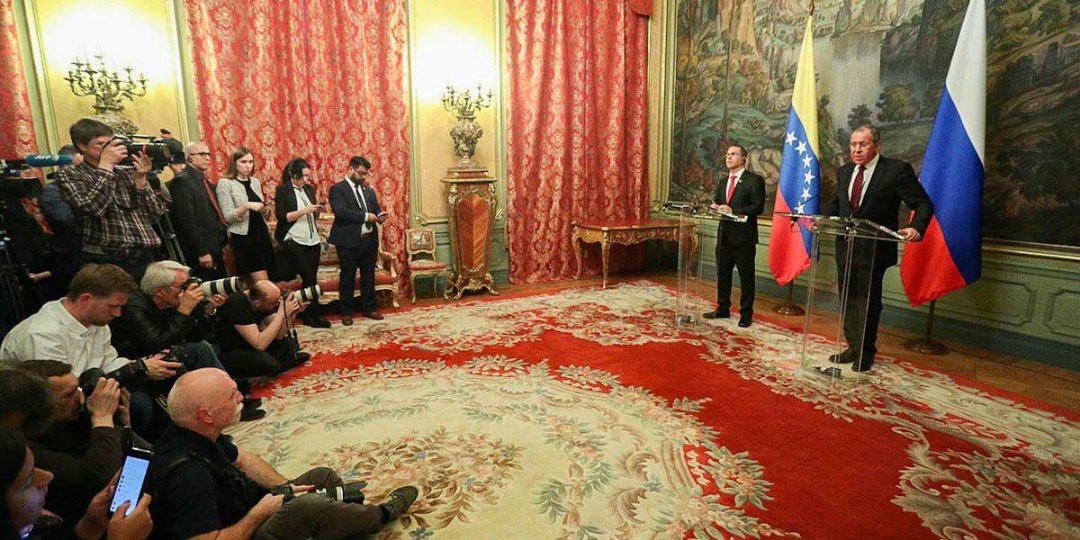 It’s time for diplomacy: Russia says that US intervention in Venezuela would be a humiliation for Latin America

Russian Foreign Minister Sergey Lavrov on Sunday urged the US government to respect international law established in the Charter of the United Nations (UN), as well as condemned the campaign that takes place to overthrow the legitimate government of Venezuela. These statements were offered from Moscow, where he met with his Venezuelan counterpart, Jorge Arreaza, to then offer a joint press conference to national and international media.

“We are convinced that force can not be used to overthrow a government, it is evident that, like any other people, the people of Venezuela will determine their destiny within the framework of peaceful dialogue, without intervention in their internal affairs”, noted the Russian diplomat during the bilateral working meeting.

The Russian minister said he hopes that Washington “understands the humiliation that the use of military force in Venezuela would pose for all of Latin America”.

Adding that “any use of force that circumvents the Charter of the United Nations and the decision of the Security Council threatens disastrous consequences for the entire modern architecture of international security”.

For his part, the Foreign Minister of the Bolivarian Republic of Venezuela, Jorge Arreaza, expressed on behalf of the National Government his thanks to the Russian government for its consequent struggle for the respect for international law, the sovereignty of Venezuela and in defense of the most elementary principles so the world coexists in peace.

Similarly, the Venezuelan diplomat took the opportunity to denounce the new coup attempt sponsored and supported by the US government on April 30, “it was a frustrated coup because it was based on deception, without any real sustenance, it is just a new action of violence of the Venezuelan opposition. President Maduro insists that dialogue is the only option”.

In this regard, the Venezuelan Foreign Minister sent a message to the US government affirming that “this is the moment of dialogue, of synderesis, of returning to respect, to international law, to respect for bilateral relations. Those who are advising the government of the United States on security matters are taking them to a labyrinth with no way out, without any possibility or probability of success”.

Foreign Minister Arreaza explained that “Russia is supporting the international community to have a dialogue in defense of the United Nations Charter, in defense of international law, which is not only to protect Venezuela, it is to protect any nation that be threatened and attacked with sanctions, with blockade and with military threats by imperial powers that violate the Charter of the United Nations”.

Likewise, he pointed out that “Nothing or nobody will make the national sovereignty of Venezuela to bow down by an imperialist government that uses the Monroe doctrine which is anachronistic and absolutely contrary to international law”.

In this context, the Diplomat assured that the international community “must protect that dialogue among Venezuelans, not obstruct them, nor threaten the use of force. Hopefully there is a moment of inflection of US foreign policy in countries that have been attacked, it is time for diplomacy”.

In turn, the Minister of Foreign Affairs of the Russian Federation said that his government is convinced that humanitarian aid can not be politicized, that is why “Russia offers humanitarian aid to Venezuela according to determinations that are acceptable to its people and its government”.

It should be noted that during the diplomatic meeting, Venezuela and Russia committed themselves to strengthen and increase bilateral cooperation in military, cultural, educational and financial matters. 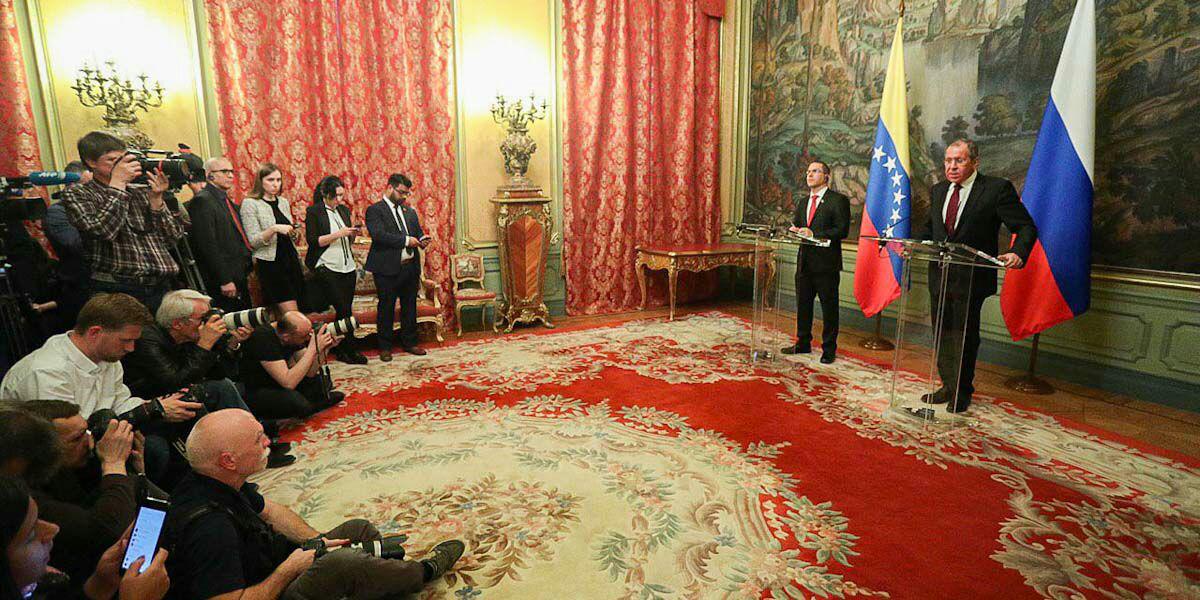