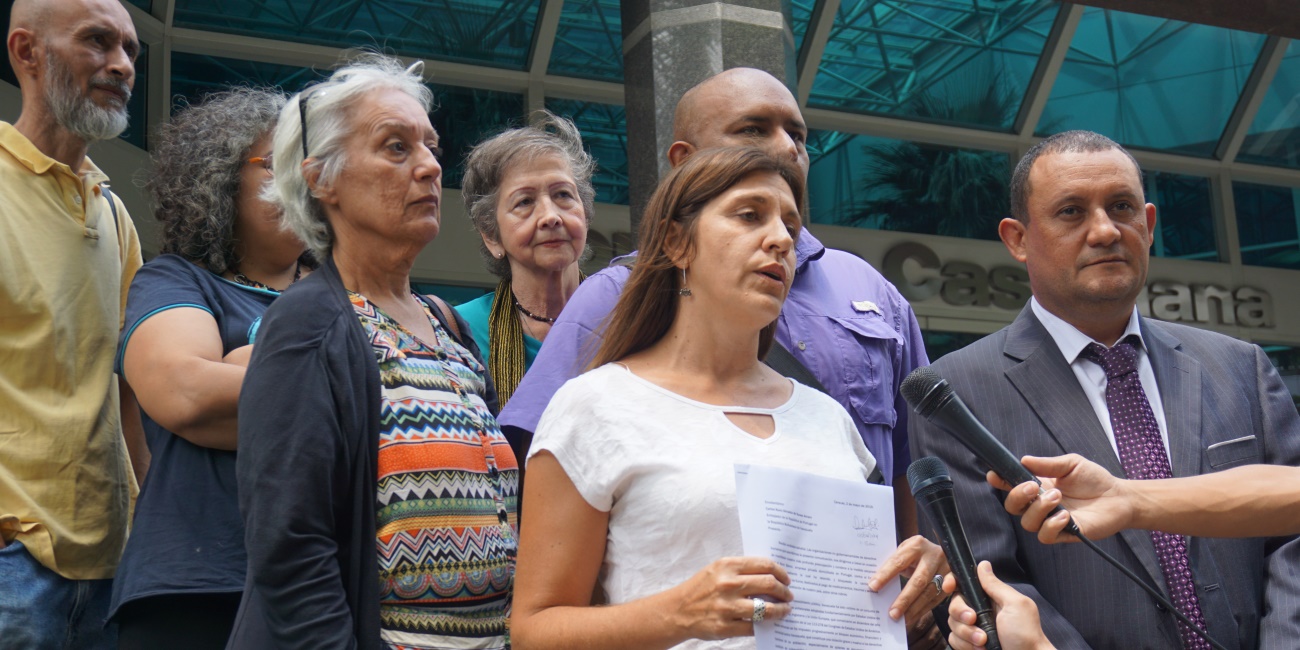 A representation of 19 organizations of Human Rights and social movements of the Bolivarian Republic of Venezuela attended Thursday the Embassy of the Portuguese Republic in Caracas, to deliver a letter requesting the good offices of the Portuguese government for the releasement of € 1,543 million that have been illegally retained in the financial institution Novo Banco.

Lucrecia Hernández, director of Sures, an association dedicated to the study, education and defense of Human Rights, denounced that the blockade of these assets has impeded the necessary payment to attend to 26 Venezuelan patients who are in Italy waiting to receive a oncological treatment.

By virtue of this situation, the director of Sures appealed to the good offices of the government of Portugal so that, through legal actions, the Novo Bank manages to unlock the resources.

“We urgently expect the good offices to resolve this case and save the lives of the 26 patients”, she added, acknowledging Portugal’s respect for Human Rights and Public International Law.

Elizabeth Tortosa, vice president for the Americas and the Caribbean from the International Democratic Women’s Federation, advocated for the respect of the lives of the 26 injured patients in the midst of the economic-financial blockade imposed by the government and the United States on Venezuela.

“There are several affected children and adults; the Venezuelan government has made a very big effort so that these patients can have access to a medication that allows them to live, it is about Human Rights, we all have the right to life”, she added.

From the same perspective, Alexis Bolívar, representative of Breaking the Rule, spoke. The activist argues that the economic siege of Venezuela harms the entire country.

“We have the purchase of medicines, a series of inputs that we have not been able to achieve as a result of the blockade imposed by the US and that Novo Banco has continued”, he said.

The representative of the Venezuelan social movement called on human rights organizations in the world to join the international campaign that has begun in the country to demand the end of the economic blockade of Venezuela.

The Portuguese diplomatic representation was open to the request and expressed the willingness to process the request. 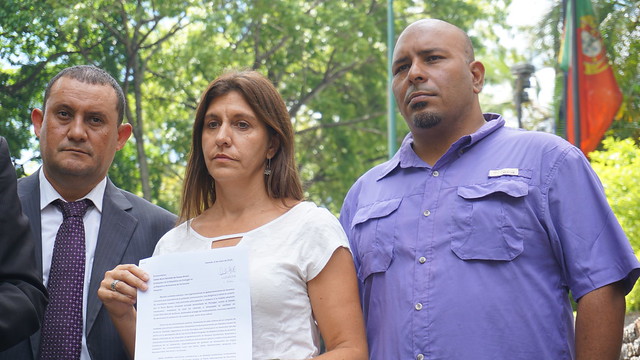