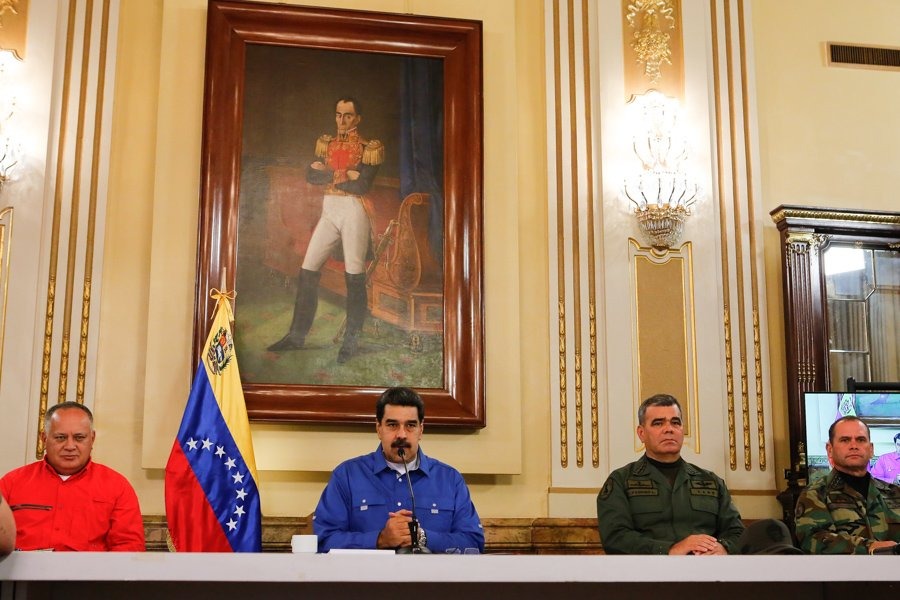 “This strike of deceit, of violence, has left without mask this coup-making opposition before the world”, declared the constitutional president of the Republic, Nicolás Maduro Moros, when pronounced on national television and radio network, after the attempted coup d’état perpetrated by right-wing leaders, this April 30.

“There are those from the outside who want an armed confrontation between Venezuelans to justify an intervention in the country, so that the empire puts its claws inside Venezuela” denounced the national president.

The dignitary called on the governments of the world that still support acts of violence and destabilization in the country. “I tell you, there is the truth of armed violence, they do not have peaceful, democratic, or constitutional pretensions (…) they want, through violence, to impose themselves and destroy everything with force”.

President Maduro informed that the competent authorities are already carrying out the researchs, backed on the constitutional parameters for the defense of peace and national sovereignty.

He argued that the country’s military bases, including this one, “were on alert, loyal to the Revolution, to the commander in chief and the Constitution” and working also as the officers’ operations center to take care of their facilities and avoid damages like those that occurred in 2017.

The head of state pointed out that 80% of the officials who participated in the act -directed by the now fugitive from justice, Leopoldo López- and who tried to assault the political power, were taken to the place under deceit.