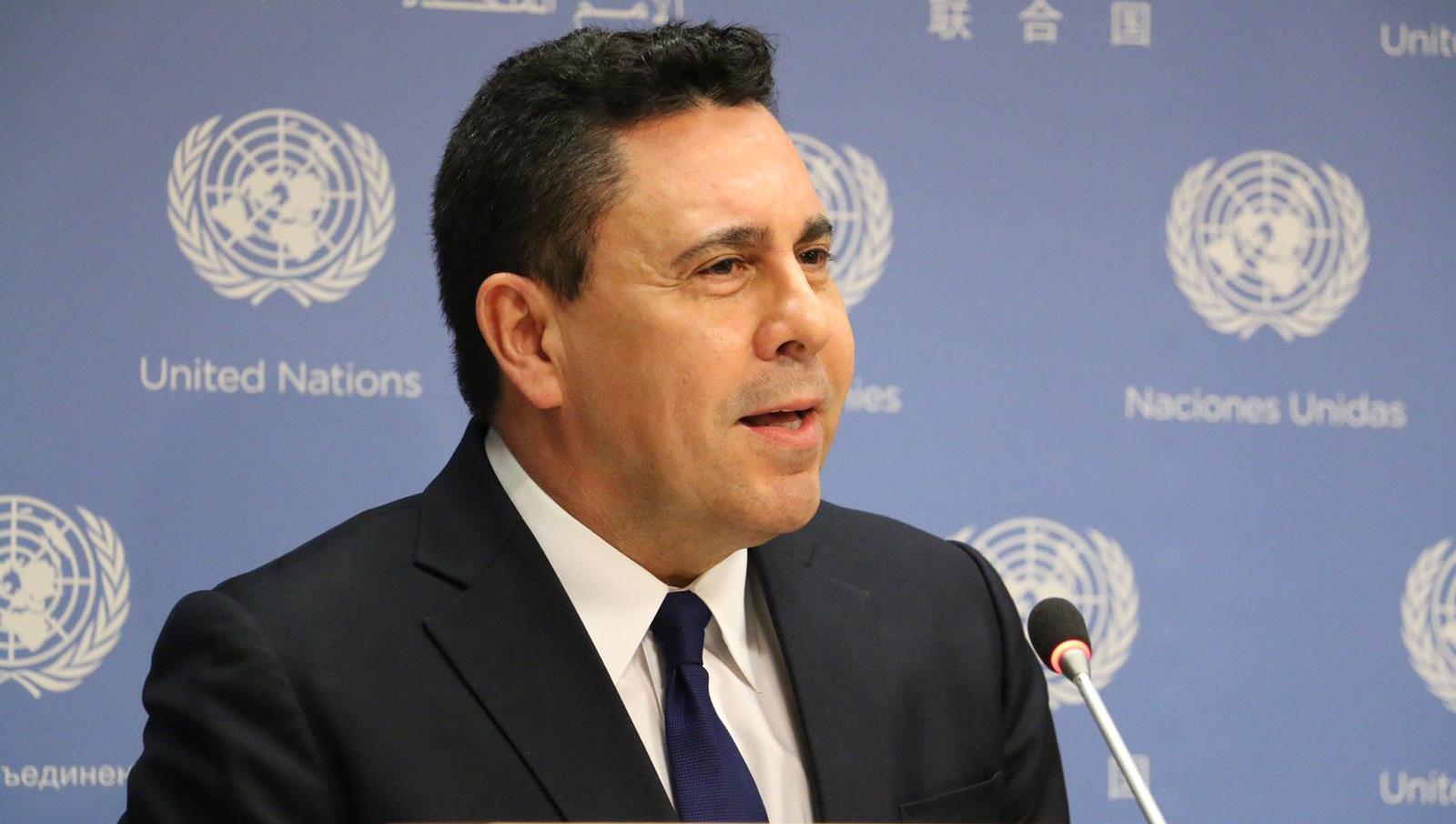 After the new coup attempt, aroused on the morning of this Tuesday, April 30, by the Venezuelan opposition, the ambassador of Venezuela to the United Nations (UN) Samuel Moncada, repudiated the acts of violence that are trying to assault the legitimate and constitutional power of Venezuela.

“The only oxygen tank that the Venezuelan ultra-right has to survive and act again is the support of the United States government”, the diplomat said during statements at the UN headquarters in New York City.

Moncada expressed that the failed coup is a fact manufactured by the government of Donald Trump and that it failed because it has no popular roots.

“There is not a single serious military man in Venezuela who considers this man (Leopoldo López) as a leader” he said, referring to the leader of the Voluntad Popular party who is now a fugitive from justice.

The representative of Venezuela before the UN also assured that although the “puppets” of the Venezuelan opposition are trying to open the doors for a new military intervention, the constitutional Government of the Republic continues to have absolute control of the Bolivarian National Armed Forces and of all the agencies of State security.

“These puppet governments can not claim to be recognized for anything, they are only an instrument for looting the riches of Venezuela”.

During his statements, Moncada also pointed out that 25 of the soldiers who revolted and acted in treason against the Homeland have requested asylum in the Brazilian embassy.

Finally, he assured that despite the forced attempts to reach the power and wealth of Venezuela, the people continue to support the Head of State and Government, Nicolás Maduro, as their sole and constitutional leader.