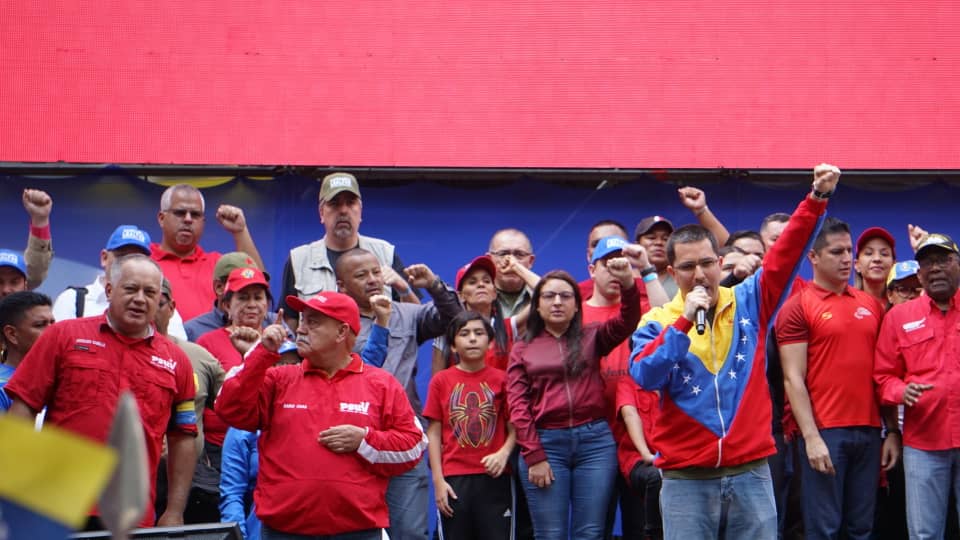 This Saturday the Venezuelan people moved with joy to celebrate the official departure of Venezuela from the Organization of American States (OAS), after denouncing the regional entity in 2017 for the attacks and aggressions that are promoted there against the sovereignty of the South American country.

From hours of the morning the Venezuelan president, Nicolás Maduro Moros, through his account Twitter @NicolasMaduro, emphasized that the people was mobilized to celebrate the official retirement from the OAS which begun two years ago.

“The brave people mobilize to celebrate our definitive retirement from the Ministry of the Colonies of the United States: “The OAS”. A sovereign decision that started two years ago with the historical letter that I share with you: Venezuela is Free and Independent!”, published the head of state.

For his part, the president of the National Constituent Assembly (ANC), Diosdado Cabello, celebrated that with the departure from the OAS “the homeland of Bolívar and Chávez will shake off the yoke of imperialism forever”.

He also announced that next Tuesday the ANC will meet to declare April 27 as the “Day of National Joy and the Bolivarian Homeland”.

With the arrival of Luis Almagro to the general secretariat of the Organization of American States, and “the complicity of some lackeys governments” the regional body became “an instrument used by imperialism to promote war”, warned the also first vice president of the United Socialist Party of Venezuela (PSUV).

“We face the most powerful and genocidal empire of humanity (…) history will pick up the battle that the people is fighting as one of the largest in Venezuela, only comparable to the wars of independence”, said the president of the ANC.

The Foreign Minister of the Bolivarian Republic of Venezuela, Jorge Arreaza, who also participated in the mobilization of the revolutionary forces, celebrated the official departure of Venezuela from the Organization of American States (OAS).

“From today the Bolivarian Republic of Venezuela does not belong to the OAS. We are outside the OAS by the will of the people, having complied with everything established in the founding charter of the OAS”, said the Minister.

The People’s Power Minister for Foreign Relations, gave recognition to the constitutional president, Nicolás Maduro, for leaving the aforementioned organization used by US politicians as an interventionist platform to execute a coup against Venezuela.

“We must recognize our constitutional president elected by the people, Nicolás Maduro, in this strategic battle against the continued coup d’état”, said the FM.

The Venezuelan diplomat pleaded for the unity of all Venezuelans: chavists, revolutionaries and the so-called “nini” to avoid the pretensions of the Trump administration that threatens the country with aggression to control the nation’s riches.

“There are the powerful international corporations, Mr. Trump, Mr. Bolton, Mr. Marcos Rubio, the lord of Colombia, Iván Duque (…) and then the self-proclaimed gentleman, Juan Guaidó. The battle today is strategic, it is against the continued coup”, he said.

Likewise, Foreign Minister Arreaza stressed that while the established time was passing for officially leaving the OAS, Venezuela fulfilled its obligations in the organization despite not agreeing with its management.

The minister commented that “to be a republic it is necessary to be outside the international forums controlled by Washington”.

In this regard, he recalled the warnings of the Cuban leader, Fidel Castro, when calling the institution “the Ministry of the Colonies of the United States”. Similarly, he reflected on the support the OAS gave to the coup d’état against the president of the Dominican Republic, Juan Bosch in 1963 “when they sent an alleged humanitarian aid with more than 40 thousand marines behind it who overthrew Bosch.

“That is what they wanted here but they will not return, it will not happen because there is a brave people, a militia, a people that will defend independence with their lives”, said the Venezuelan Foreign Minister.

Similarly, the minister recalled the work of the leader of the Bolivarian Revolution Hugo Chavez, of creating international spaces for debate and unity among Latin American, in addition to seek for the withdrawal of Venezuela from other instances where the US political forces exert pressure as the International Convention on Human Rights (CRPD), the International Treaty of Reciprocal Assistance (TIAR), among others.

He added that Commander Chávez promoted the constitution of the Union of South American Nations (Unasur), the Bolivarian Alliance for the Peoples of Our America (ALBA) and the Community of Latin American and Caribbean States (Celac).

“Today we are more independent than yesterday, we are deepening our freedom, it is part of the independence battle of Simón Bolívar in this 21st century, and we must take it as a unified people”, he said.

The FM considered transcendental to add more citizens to the independence struggle of Venezuela. For that reason, he indicated the combats that still must be given in defense of the goods of the nation.

“We denounced on Thursday at the United Nations, the blockade of Venezuelan money to pay the CDI, the school, the university, the Clap, to pay our social rights (…) that money is more than 5 billion euros”. He denounced.

The Venezuelan diplomat demanded that the US administration “stop hypocrisy, lift the blockade and allow the Bolivarian Revolution to continue”.

He noted that the US government only seeks to take the Venezuelan riches such as oil, minerals, among others.

During his participation in the popular rally held at the headquarters of the Venezuelan Foreign Ministry, the minister rejected the sanctions of the United States against him, imposed after denouncing to the United Nations the consequences of the US economic blockade in Venezuela.

“With these sanctions they want to intimidate us, they believe that these sanctions scare us, instead, they give us more courage, more strength to liquidate them in the political battle”, he said.

He concluded his speech by stressing that it is a duty to retake international political spaces. “Let them get ready because more victories are to come. The first victory is that of the Bolivarian people leaving the OAS”. 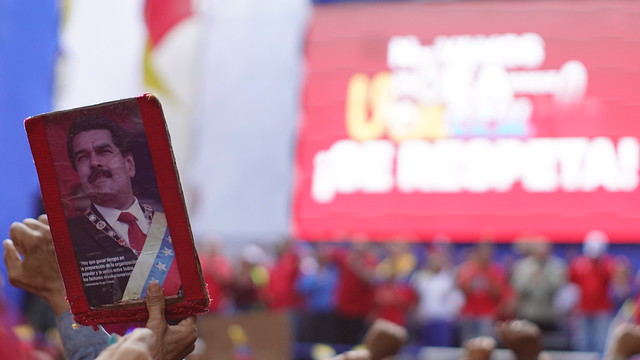