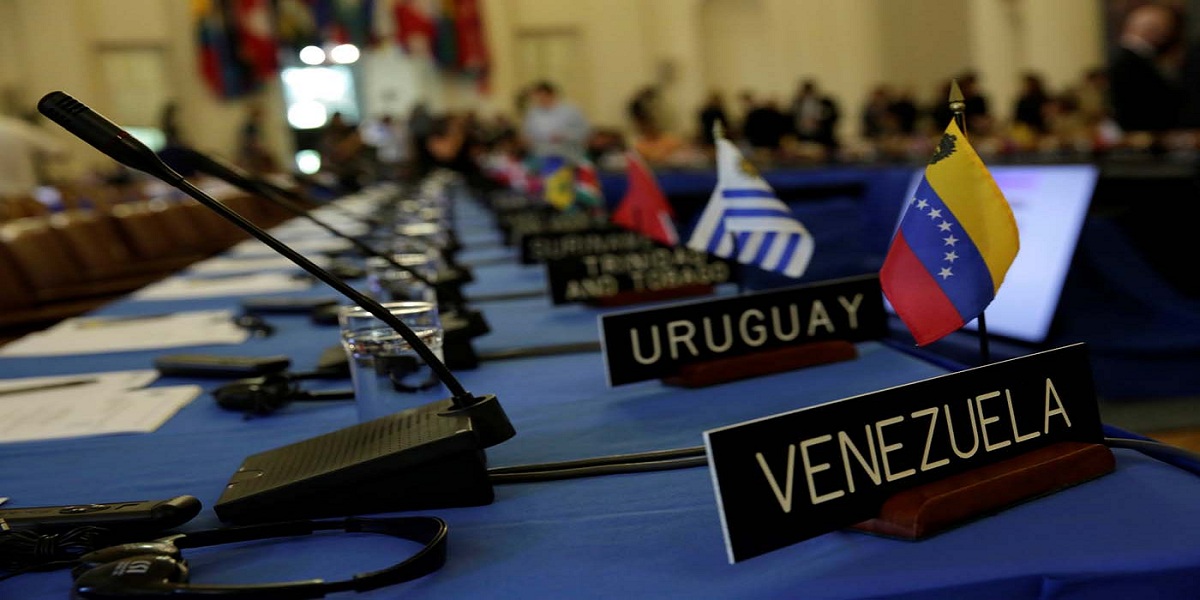 Venezuela ceases membership in the OAS this Saturday: What motivates this sovereign decision?

In April 2017, the Bolivarian Republic of Venezuela officially began the process of withdrawal from the Organization of American States (OAS) in a decision that President Nicolás Maduro affirmed on that occasion, “conforms sovereignly to the historical postulates of our Bolivarian independence process”.

The Venezuelan leader said then – in an official letter – that the history of the Organization, both, before as for now, “expresses pitifully a corporation kidnapped from birth by interests contrary to the spirit of integration and union”.

The OAS Charter, as established in Article 143, “may be denounced by any of the member States by a written communication to the General Secretariat, which in each case will communicate to the other States about all of the denunciations received. Two years after the date on which the General Secretariat receives a denunciation, the current Charter shall cease its effects over the denouncing State, thus, disconnecting the latter from the Organization after having fulfilled its obligations arising from that Charter”.

In accordance with this international precept, the Bolivarian Republic of Venezuela ceases its membership in the hemispheric body on Saturday.

The OAS as agent of the intervention in Venezuela

Shortly before the decision was adopted, extremist sectors of the local opposition encouraged an escalation of unprecedented violence in the country. The OAS, for its part, intensified the intervention in Venezuela’s internal affairs in flagrant violation of the Organization’s Charter, prompting the historic decision of the national Executive.

According to the Charter of the OAS, “no State or group of States has the right to intervene, directly or indirectly, and for whatever reason, in the internal or external affairs of any other. The previous principle excludes not only armed force, but also any other form of interference or tendency to attack the personality of the State, the political, economic and cultural elements that constitute it”.

In some way, the sessions and resolutions proposed in the OAS encouraged the violent demonstrations that between April and July 2017 sought to overthrow the government of Venezuela, which resulted in the death of dozens of people, including burnt alive in the midst of the so-called “guarimbas”, in addition to the material damages caused to public and private institutions.

President Nicolás Maduro had repeatedly pointed out that the OAS is a “flawed organism” and represented the interests “of imperialism and its way of doing criminal policy in the region”.

The Constitution of the Bolivarian Republic of Venezuela empowers the president to direct the foreign relations of the nation.

On April 27, 2017, the Venezuelan diplomatic representation before the OAS delivered the letter signed by President Nicolás Maduro formalizing the withdrawal of the country from this organization.

The town celebrates retirement of the OAS

For this Saturday a large mobilization has been planned in Caracas with the purpose of celebrating the definitive withdrawal of Venezuela from the OAS.

It is expected that hundreds of thousands of Venezuelans will be mobilized in the capital city in support of the measure.