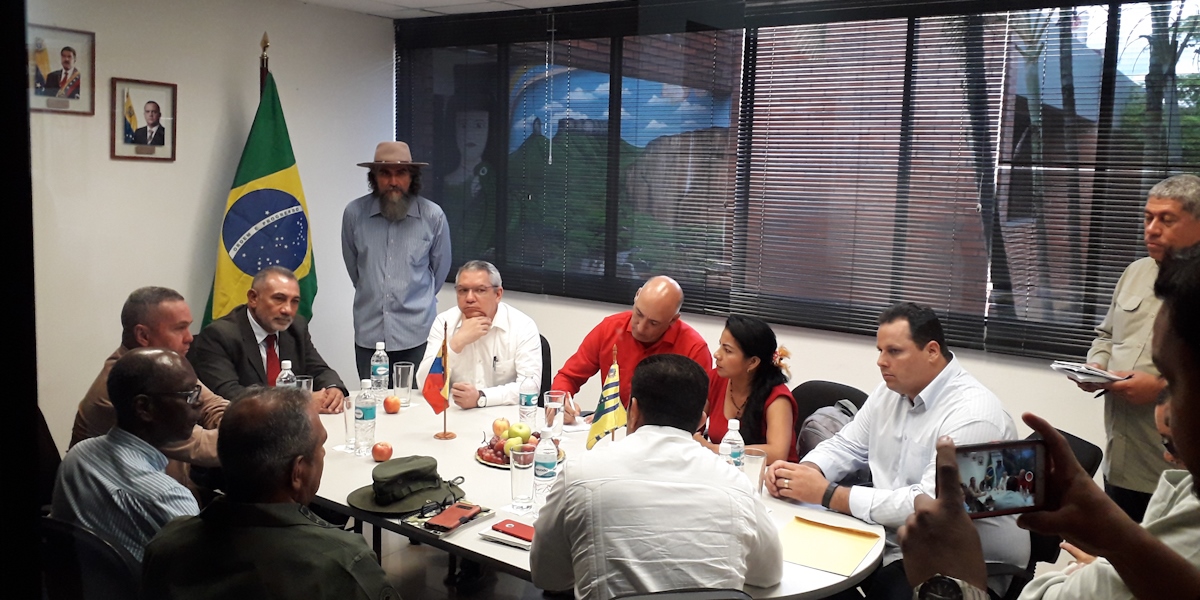 Cordiality and respect for sovereignty, on this climate a meeting took place on Thursday between merchants, businessmen and Brazilian communities with Venezuelan political and diplomatic representatives in the town of Santa Elena de Uairén.

A few meters from the Venezuelan-Brazilian border line, the wills of the Bolivarian Republic of Venezuela and the Federative Republic of Brazil were once again united in order to maintain a friendly, cooperative and peaceful relationship between both nations.

The meeting was held under the modality of working groups, one political-social that where attended, on behalf of Brazil, by the senator of the Republican Party of Social Order, Telmário Motta, the mayor of Pacaraima, Juliano Torquato, and representatives of the Brazilian Foreign Ministry.

While on the Venezuelan side, the Venezuelan Ambassador to Brazil, Alberto Castellar, the Minister of State for the New Frontier of Peace, Gerardo Izquierdo Torres, the commander of the Integral Defense Strategic Region (REDI) Guayana, M/G Jesús Mantilla, the Vice-minister of Economic Cooperation of the Venezuelan Foreign Ministry, Ramón Gordils, the director of the Identification, Migration and Alien Service (Saime), Gustavo Vizcaíno, the Vice-minister of Indigenous Peoples, Yamilet Mirabal, and the president of the National Telephones Company of Venezuela (Cantv), Manuel Fernández, attended.

The second working table of the Commercial sector was chaired by businessmen, merchants and constitutionalists, who expressed the urgent need to reopen the border, because the economy of the border states of Brazil has been significantly affected since the closure of the same.

Hence the interest and commitment on the part of the various representatives to preserve and defend peace in the border area, as well as to respect the sovereignty of the Venezuelan territory.

The Brazilian senator Telmário Motta, stressed the importance of obeying and respecting the principles of the magna carta of his country.

“As a senator, I have an obligation to faithfully obey the interests of my constituents and the principles of our Constitution that oblige us to seek dialogue, cooperation and peace, and therefore, I ask as a priority to reopen the border and normalize diplomatic relations ( …) always within the framework of respect and peace towards the Venezuelan people”.

On that same line, Minister Gerardo Izquierdo Torres, recalled and reaffirmed the will of the Venezuelan government to reopen the border between Venezuela and Brazil in the coming days.

Also, Venezuelan Ambassador Alberto Castellar, highlighted the political importance of the dialogue between both countries and thanked the bravery of Senator Telmário Motta, in defense of the interests of Brazilians.

The border between Venezuela and Brazil remains closed from February 21, 2019 by order of President Nicolás Maduro to avoid the entry of a supposed “humanitarian aid”, used as a strategy for interventionist and warmongering purposes against the Homeland of Bolívar.

It is worth noting that a week ago the senator from Brazil, Telmário Motta, held a meeting with President Maduro to discuss the issue of possible border opening. 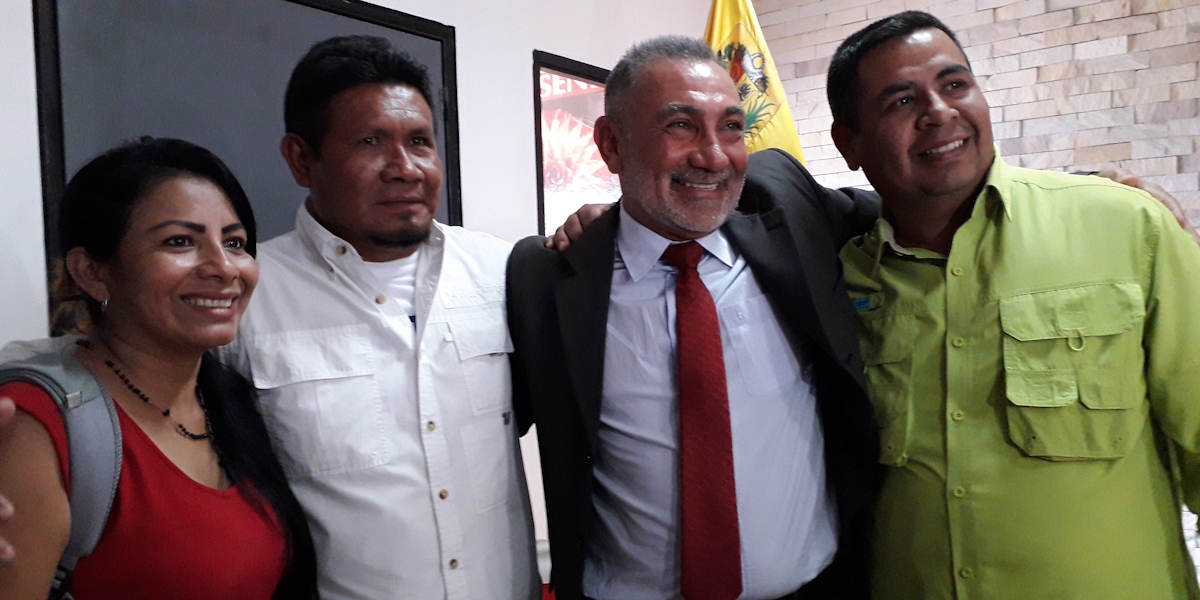