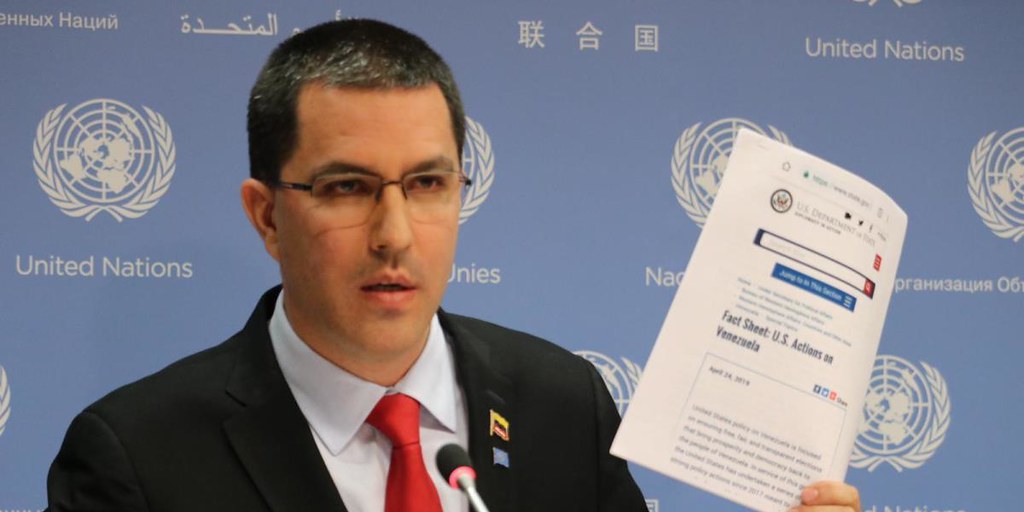 Foreign Minister Arreaza: The Trump administration responds under despair before our denounciations

The Foreign Minister of the Bolivarian Republic of Venezuela, Jorge Arreaza, rejected the illegal sanctions announced this Friday by the Office of Foreign Assets Control (OFAC) of the Treasury Department of the United States, against him.

This measure, contrary to international law and the Charter of the United Nations, makes clear the despair of the Trump administration against the Venezuelan government, said the People’s Power Minister for Foreign Relations through his Twitter account, @jaarreaza.

This Thursday, at a press conference from the headquarters of the United Nations (UN) in New York, FM Arreaza denounced the harmful effects of the unilateral coercive measures imposed in recent years by the United States government to the Venezuelan State , including the highest positions of the national Executive, whose consequences fall directly on the Venezuelan population.

In December 2018, the plenary of the General Assembly adopted with 133 votes in favor the draft resolution about human rights and unilateral coercive measures.

The document, which from the beginning was promoted by the 120 member States of the Movement of Non-Aligned Countries (Mnoal), exposes the negative repercussions of unilateral coercive measures upon the enjoyment of human rights. It also stresses that these actions, violate and are contrary to the international law, the Charter of the United Nations and the principles governing peaceful relations between States.