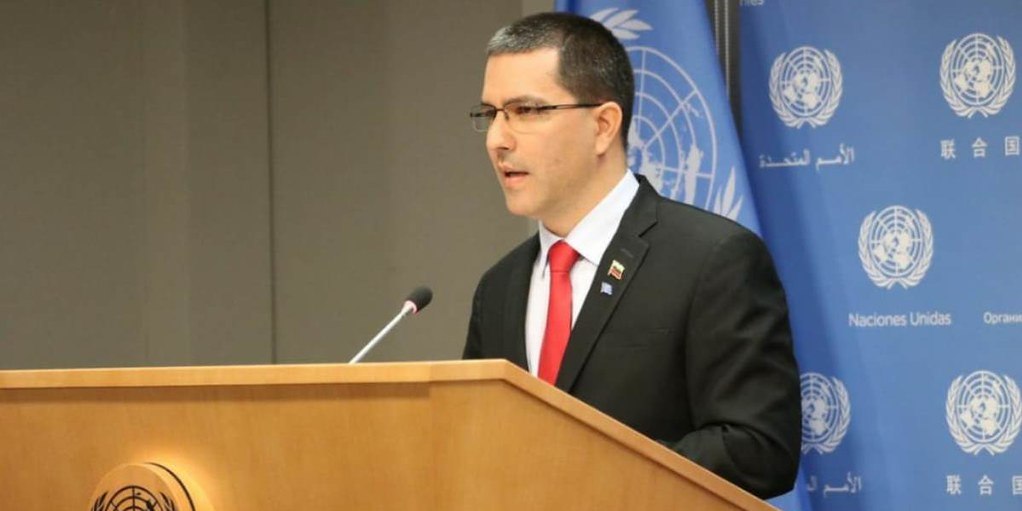 What is the overwhelming denunciation of Foreign Minister Arreaza that provokes US reprisals against him?

The Office of Foreign Assets Control (OFAC) of the Treasury Department of the United States imposed this Friday “sanctions” on the Foreign Minister of the Bolivarian Republic of Venezuela, Jorge Arreaza, in a resolution that also includes the Venezuelan judge Carol Padilla.

The illegal measure has been announced a day after the strong denunciations made by FM Arreaza regarding the harmful effects of the economic-financial blockade imposed by Washington on Caracas, during a press conference given by the diplomat at the United Nations Organization’s headquarters (UN) in New York.

“There are reactions that confirm that we are on the right path and give us more STRENGTH to fight. Yesterday at the UN, we irrefutably denounced the US criminal blockade against Venezuela. Today the Trump administration responds with despair against us. TRUTH! hurts”, Said the People’s Power Minister for Foreign Relations through his Twitter account @jaarreaza, alluding to the decision of the Treasury Department.

In his meeting with the media at the United Nations on Thursday, the Venezuelan Foreign Minister stressed that the unilateral coercive measures have restricted the national income and import capacity to the Venezuelan State to meet the basic needs of the population.

“We have billions of dollars and euros blocked in international banking”, the diplomat emphasized. In this regard, he cited the financial entities that keep the resources of the Venezuelan State:

Citgo and its assets

The Venezuelan Foreign Minister also referred to the losses caused by the illegal confiscation of Citgo, a subsidiary of the state oil company Petróleos de Venezuela Sociedad Anónima (Pdvsa) in the United States, whose assets are close to 30 billion dollars.

“And the profit that we could not repatriate since 2017 from Citgo, which is also for investment (…) Tens of billions of dollars; It is a brutal aggression against Venezuela”, he added.

On the other hand, he specified that the financial losses to which the Bolivarian Republic of Venezuela has been subjected as a result of the risk rating and the impossibility of moving the country’s securities, amounts to USD. 1,429,246,836.71.

Consequently, the economic-financial encirclement imposed by Washington on Caracas has a negative impact on the Venezuelan population, gaining strength in cases of the families with greater vulnerability.

FM Arreaza put special emphasis on the situation of 26 Venezuelan patients who are in Italy under a PDVSA agreement with a foundation for bone marrow transplantation, whose lives are at risk because the transaction for 4,851,252 euros needed for their attention has been frustrated in the wake of the economic siege.

“How far is Donald Trump willing to make a people suffer?” The diplomat questioned.

Subsequently, the People’s Power Minister  for Foreign Relations held a meeting with the president of the UN General Assembly, María Fernanda Espinosa.

Minister Arreaza delivered an official document at the meeting to denounce the illegal economic-financial blockade against Venezuela.