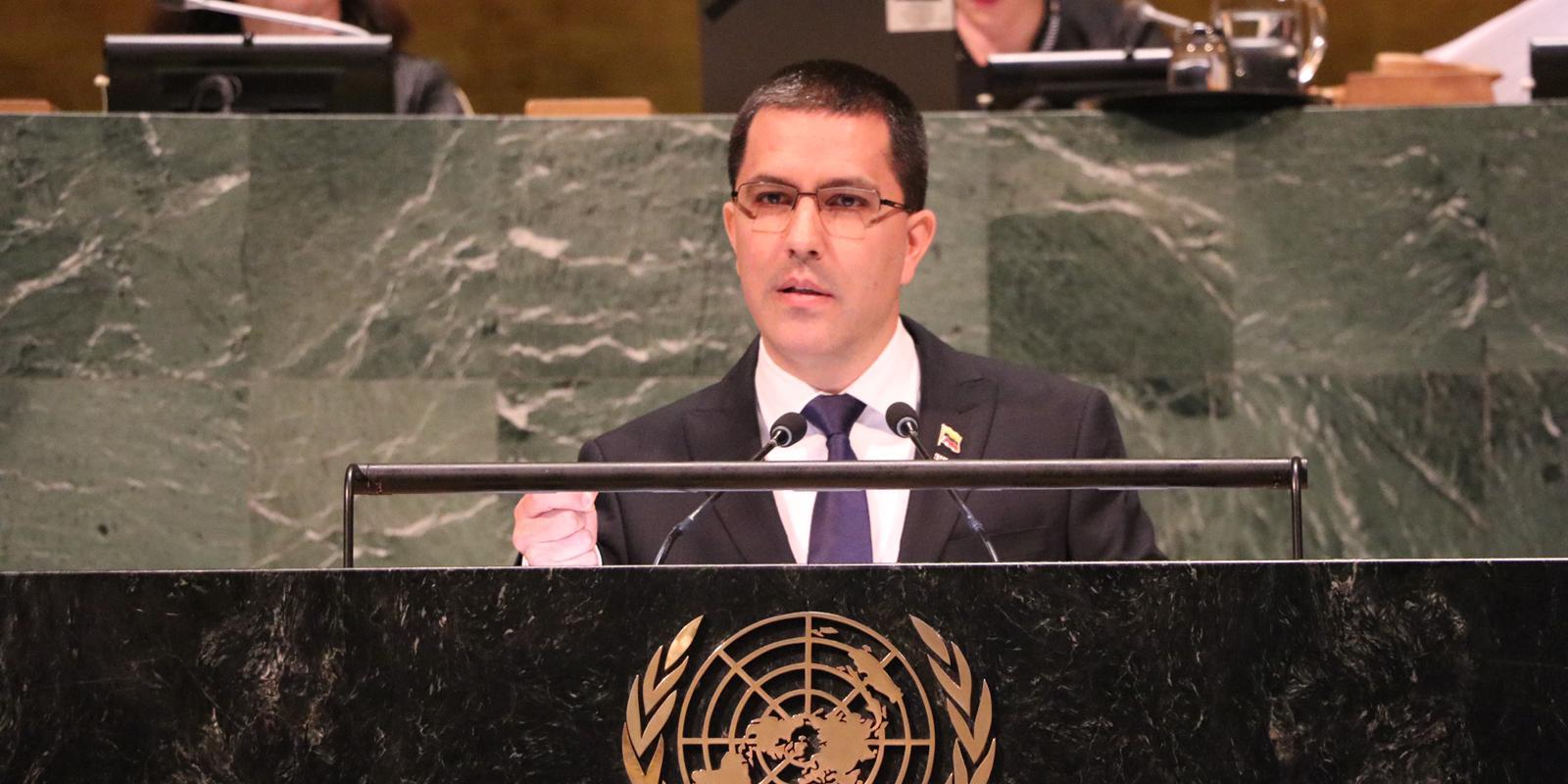 From the headquarters of the United Nations (UN) in New York, the Foreign Minister of the Bolivarian Republic of Venezuela, Jorge Arreaza, insisted on Wednesday on the need to reaffirm the full validity of the basic principles of international law, existing in the Charter of the multilateral organization.

Specifically, he referred to equality of rights and self-determination of peoples, abstaining from the use or threat of the use of force, and non-intervention in matters that are essentially within the domestic jurisdiction of States.

“These principles should serve as a guide to curb the threats of those who today seek to undermine the rights and privileges of a full member state of the Organization such as Venezuela”, the diplomat emphasized during the General Assembly’s high-level plenary meeting to celebrate and promote the International Day of Multilateralism and Diplomacy for Peace.

Similarly, he stressed that the main body of the United Nations must not allow the agency to be used to address bilateral issues, “let alone its instrumentalization in a tool to intervene in the internal affairs of another State and thus seek to designate, illegally, its national authorities and diplomatic representatives. ”

He recalled in his speech, how from the United Nations the president of the United States, Donald Trump, announced in September 2018 a series of unilateral coercive measures against Venezuela and other member countries of the Organization, in flagrant violation of the purposes and principles of the Charter of the United Nations.

“That is exclusive, the role of that member state is exclusive of multilateralism, it excludes itself from the principles and purposes of the Charter of the United Nations”, he said.

Foreign Minister Arreaza also alluded to the pretensions of US Vice President Mike Pence to issue orders to the UN member states during the most recent session of the Security Council.

“To pretend to ignore the credentials of a Member State with full rights such as Venezuela; is also exclusionary and unacceptable, he can not pretend to bend multilateralism trhough pressures, extortion and to make fun of the Charter of the United Nations in its own bosom”, he warned.

The Venezuelan diplomat also expressed his solidarity with the Republic of Cuba and the Islamic Republic of Iran in the face of the coercive measures they are being subjected to, imposed from Washington.

International Day of Multilateralism and Diplomacy for Peace

On April 24, the International Day of Multilateralism and Diplomacy for Peace was celebrated for the first time, a resolution presented by the Bolivarian Republic on behalf of the 120 Member States of the Movement of Non-Aligned Countries (Mnoal) that was adopted by the General Assembly on December 12, 2018.

The resolution seeks to promote and support the three fundamental pillars of the UN: sustainable development, peace and security and human rights, which are the basis of the Charter of the United Nations and the 2030 Agenda for Sustainable Development. 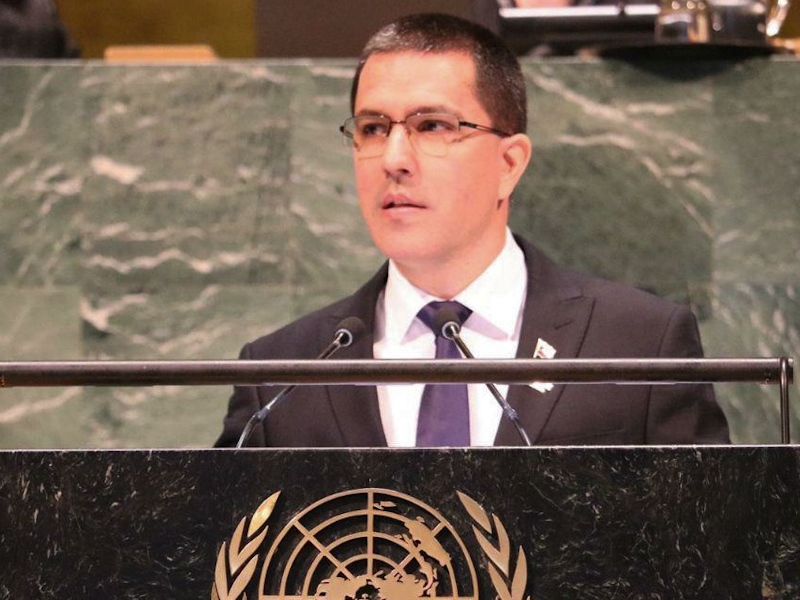