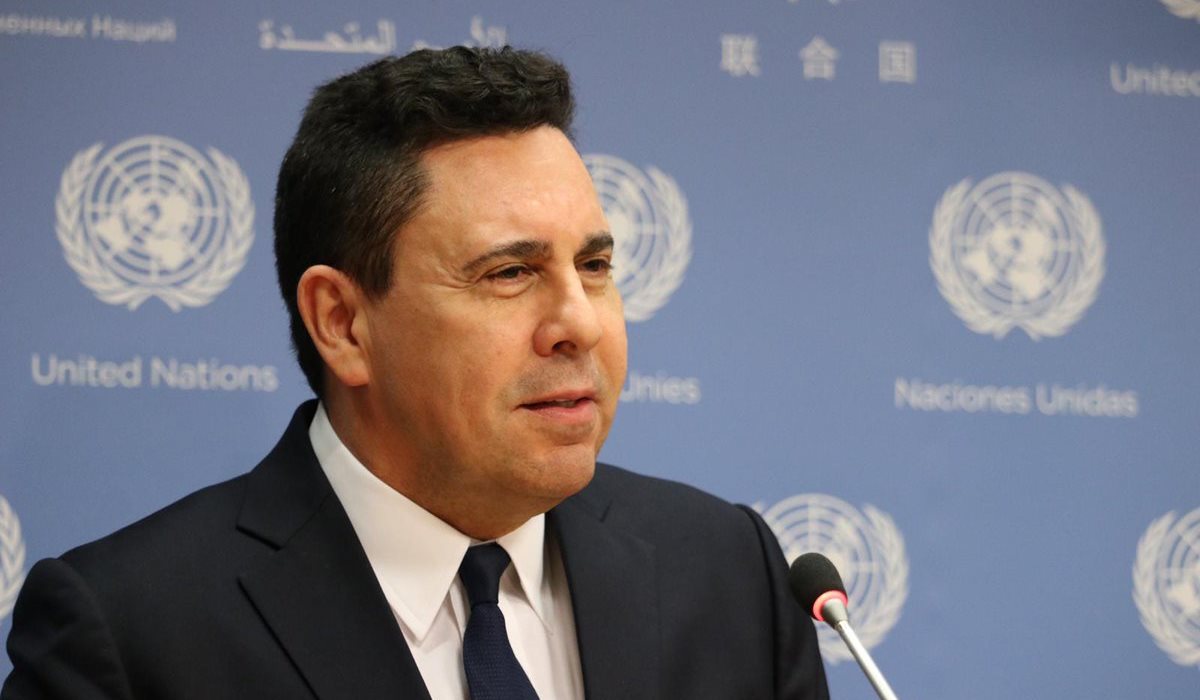 The ambassador of the Bolivarian Republic of Venezuela to the Organization of the United Nations (UN), Samuel Moncada, in an interview offered to the television Telesur, denounced that the US president, Donald Trump, secretly organizes the preparations to promote a war against Venezuela.

The diplomat revealed that last April 10 a secret meeting was held at the Center for International Strategic Studies with headquarters in Washington, where at least 40 people attended; among them Colombian and Brazilian diplomats, officials from the State Department, experts from the National Security Council, US military and members of supposed humanitarian organizations financed by the United States.

The reason for the meeting was to “apply the use of military force in Venezuela, the war against Venezuela”. The Ambassador explained that it was the American journalist Max Blumenthal through the web portal Grayzon, who announced the appointment and the actors who participated.

He explained that there are three ways they are trying to implement to propitiate the conflict within the South American country.

Moncada recalled that the former Ambassador of the Organization of American States, Robert Noriega, had pointed out that the economic cost of the mercenary war against Venezuela would be paid with the plundering of Citgo, an army supported by the United States that would enter through Colombia to supposedly liberate the Venezuelan people, “this type of criminal acts represent a crime against humanity punishable by international law (…) war is a crime of aggression”.

The diplomat explained that this route proposes the creation of an army from a coalition of countries “something like the coalition of volunteers that was made in Iraq, but this time in Latin America, supported by Luis Almagro with the excuse of an humanitarian aid”.

He also said that this route was supported by other people within the meeting and that the measure will be requested by a Venezuelan former employee of the same Center for Strategic Studies, it is Gustavo Tarre, appointed as representative to the OAS by the self-proclaimed Juan Guaidó, supported by the US government.

“Next week, on Tuesday, I am announcing to you, there will be a Permanent Council of the OAS and Gustavo Tarre will be usurping that chair and will ask for the invasion of Venezuela or ask for humanitarian aid, that is, military intervention”, he said.

Third way: To attribute the National Liberation Army (ELN) as a terrorist organization of Venezuela

The Venezuelan Ambassador said that the third way seeks to attribute the National Liberation Army as an organization supported by Venezuela to create terrorism, and thus justify the entry of Colombian troops into Venezuelan territory.

He stressed that using the ELN as an excuse for a war with Colombia was requested by the Colombian ambassador, Carlos Holmes Trujillo, “he said that Maduro had to be removed by force and the excuse was going to be the ELN guerrilla because Venezuela supports terrorism and they were going to enter to fight against terrorism in Venezuela”.

To conclude, Ambassador Moncada warned that none of these options excludes the other to impose a colonial government and take advantage of looting in Venezuela. He also called on the Venezuelan opposition to “understand that the United States is planning a war crime”.