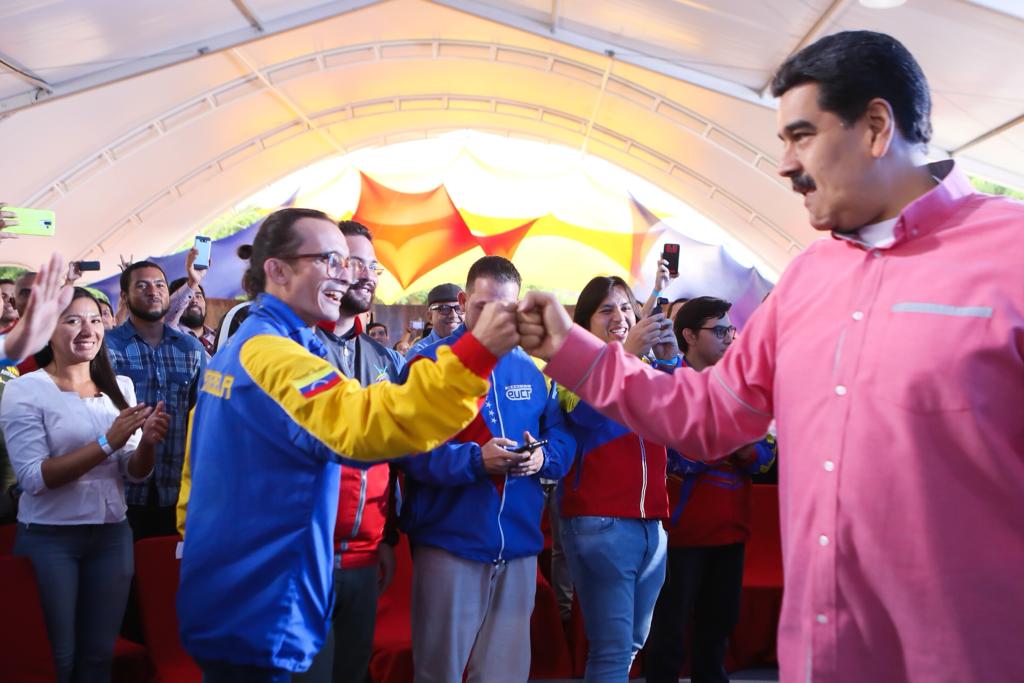 This Thursday, from the Plaza Bicentenario of the Miraflores Palace, the Bolivarian Revolution received the support and understanding of more than 50 organizations from 37 countries that currently make up the World Federation of Young Democrats and the World Peace Council.

Activity framed in the II International Mission of Solidarity with the Bolivarian Revolution.

The President of the Bolivarian Republic of Venezuela, Nicolás Maduro, opened the event, recognizing the commitment of peace that these organizations have with Venezuela, while he was grateful for the mobilizations that are taking place in the world, press releases, seminars and declarations in favor of the Venezuelan Homeland.

“Venezuela will resist, fight and overcome the aggressions of imperialism and the internal oligarchy, our destiny is victory, we will not be stopped by anything or anyone, we will keep advancing on the path of the Socialist Revolution”, he said.

For his part, the president of the World Federation of Democratic Youth, Iakovos Toffari, acknowledged the struggle facing the Venezuelan people against the imperialist hands that seek to plunder their natural resources.

“The United States and its allies are attacking Venezuela, because they want to put their dirty hands on the riches of this country”.

He also commented that what happens in Venezuela remains unknown in their countries of origin because they believe in fakes news; nevertheless, he ratified the support of all the socialist and communist youth who accompany him to make the truth about Venezuela clear.

“We are running a solidarity campaign, using the slogan: Get your imperialist hands out of Venezuela”.

He also called for unifying voices and wills in other parts of the world in favor of the United Socialist Party of Venezuela (PSUV) and the revolutionary and patriotic youth.

“We want you to know that in a few days we will leave your country but our heart will remain here with you”, he said.

The II International Mission of Solidarity with the Bolivarian Revolution, is an initiative that arises after the organization of the youths of the communist and socialist parties of Venezuela in alliance with the World Federation of Democratic Youth and the World Peace Council.