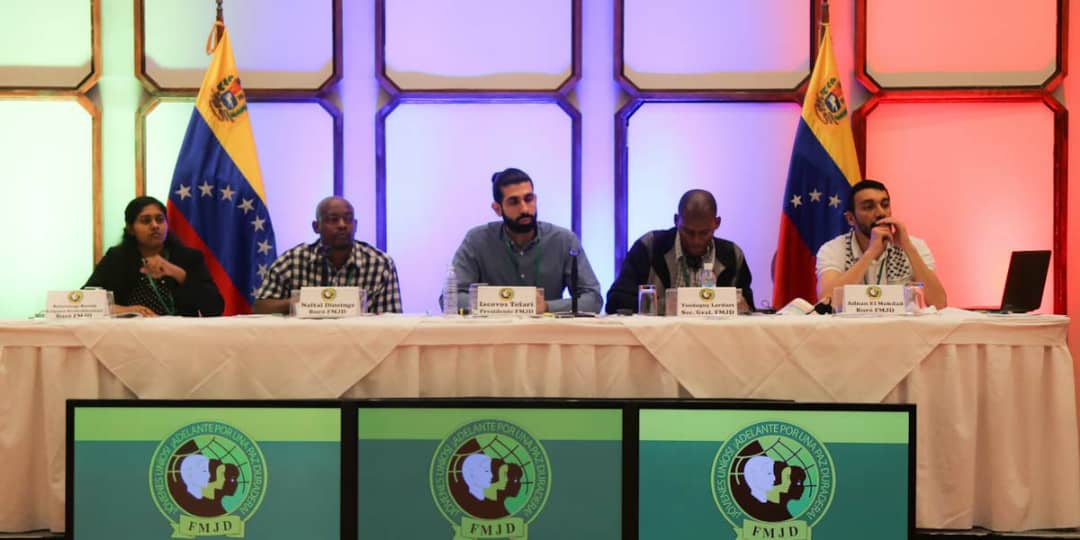 To consolidate a movement for peace, in defense of the just causes of the peoples of the world, victims of imperial attacks that seek to undermine the democratic stability, sovereignty and self-determination of free countries such as Venezuela, is the proposal presented jointly by young people who participate in the General Council of the World Federation of Democratic Youth.

On its second day, the aforementioned Council that brings together young people from 37 countries on five continents, carried forward the discussion of ideas that aims to collect proposals from young people to prepare a document that will allow to concrete actions respect to the interventionist policy of the United States government.

Reynaldo Morales, general secretary of the Communist Youth of Chile, stressed the importance of creating a peace movement that allows defending the processes of sovereignty and self-determination of peoples, which is why it is necessary to organize movements and social sectors at regional scale to face the havoc generating imperial policy in Latin America.

Added to this opinion was Aris Evangelidis, a member of the Communist Youth of Greece, who pointed out that it is necessary to stop the imperial escalation that plagues the peoples of the world, as happens with Venezuela, which by not surrendering to the designs of the foreign power, passes through the socio-economic and political consequences, derived from the unilateral sanctions imposed by the Donald Trump administration.

“We want to express our solidarity towards the Venezuelan people and their just struggle against US intervention that violates their sovereign rights, their right to choose their own path of development”, said Evangelidis.

The World Federation of Democratic Youth is an organization that emerged during the war against fascism and adopted as a fundamental pillar its commitment to peace, being recognized by the United Nations (UN). At present, the federation includes seven organizations in a general council corresponding to the five regions of the world. 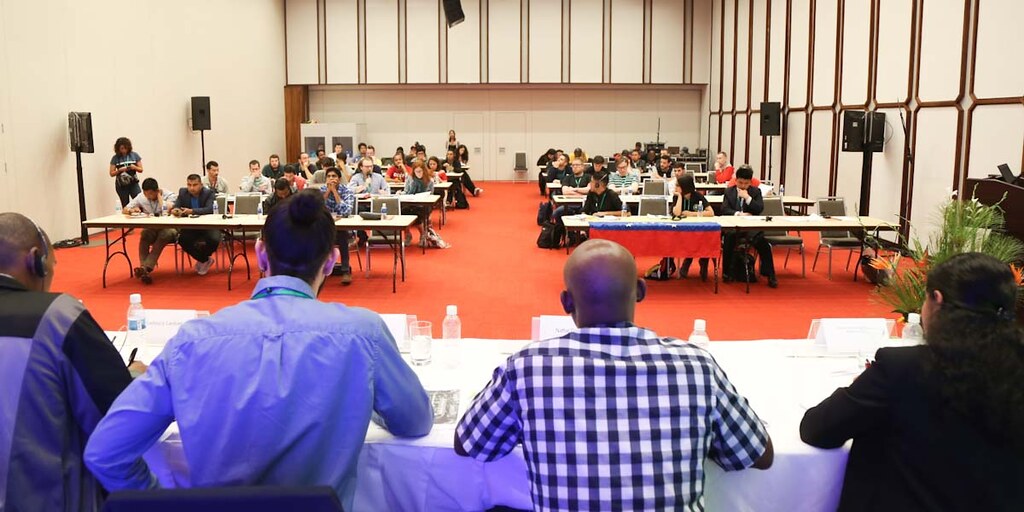