The president of the Bolivarian Republic of Venezuela, Nicolás Maduro Moros, received on Tuesday at the Miraflores Palace a delegation from the International Committee of the Red Cross, headed by its president Peter Maurer.

During this important meeting, the National Executive and the High Representative of the Committee ratified the common disposition to establish cooperation mechanisms for international assistance and support in full respect of the Venezuelan legal system.

Particularly, productive agreements that will allow to offer a better service to the Venezuelan population were reached, President Maduro informed through his Twitter account @NicolasMaduro.

The meeting was also attended by the general director of the Red Cross for the Americas, Sophie Orr, and the political adviser Rodolfo Cardona.

For his part, President Maduro was accompanied by Foreign Minister Jorge Arreaza, and the sectoral vice president for the Development of Social and Territorial Socialism, Aristóbulo Istúriz, among other members of the Executive Cabinet.

Previously, the President of the International Committee of the Red Cross was received in his office by the People’s Power Minister  for Foreign Relations, in a meeting that allowed to coordinate a work agenda in the field of health and attention of the Venezuelan people.

At the end of February, in the context of the 40th Period of Sessions of the Human Rights Council of the United Nations Organization, the Venezuelan Foreign Minister met in Geneva, Switzerland, with the President of this International Committee.

The parties reviewed on that occasion the work agenda held by the International Committee of the Red Cross with the Bolivarian Republic of Venezuela. 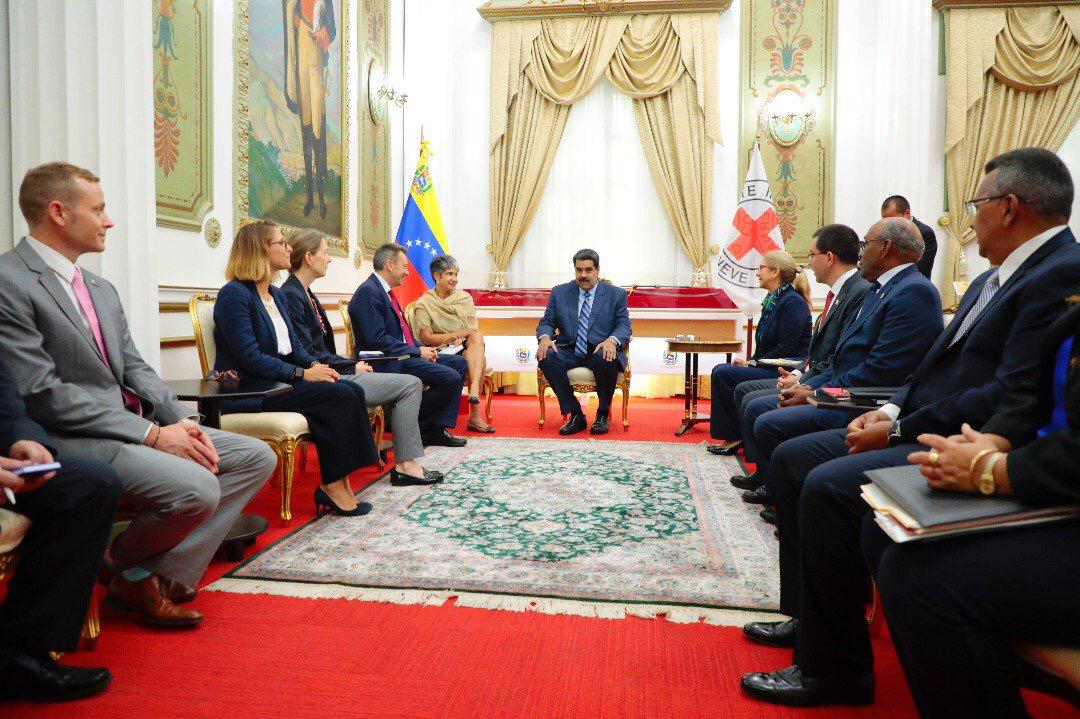