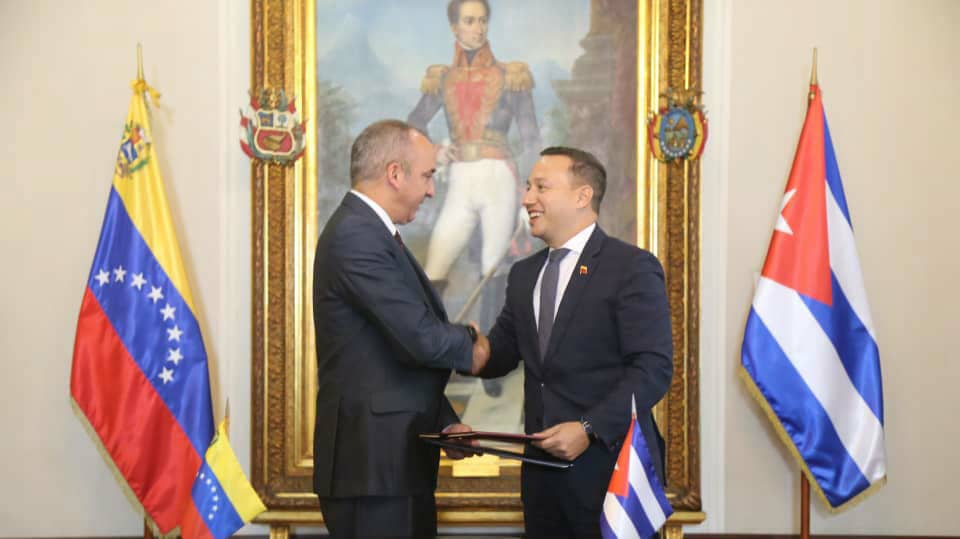 The Republic of Cuba and the Bolivarian Republic of Venezuela signed on Monday an agreement on migration that aims to generate mechanisms for migratory control reaffirming the bonds of cooperation that exist between the two Caribbean countries.

The signing of the aforementioned agreement was carried out at the headquarters of Casa Amarilla, Antonio José de Sucre, in Caracas, where the delegations of Cuba and Venezuela held a preliminary meeting to evaluate the progress of the policies implemented on immigration matters.

After the debate, the agreement that seeks to strengthen diplomatic and strategic relations in immigration matters was signed by Vice-minister for the Caribbean, Raúl Li Causi and the Director General of Consular and Cuban Affairs Resident Abroad, Ernesto Soberón Guzmán.

They were joined by the General Director of the Administrative Service of Identification, Migration and Aliens (Saime), Gustavo Vizcaino, along with the Director General of Consular and Cuban Affairs Residents Abroad, Ernesto Soberón Guzmán, who signed a second agreement in this matter.

In his speech, the Vice-minister for the Caribbean, Raúl Li Causi, stressed that the signing of this agreement ratifies the commitment that Venezuela has with the peoples of the world to advance in the correction of the bad practices that are generated with citizens who decide to migrate.