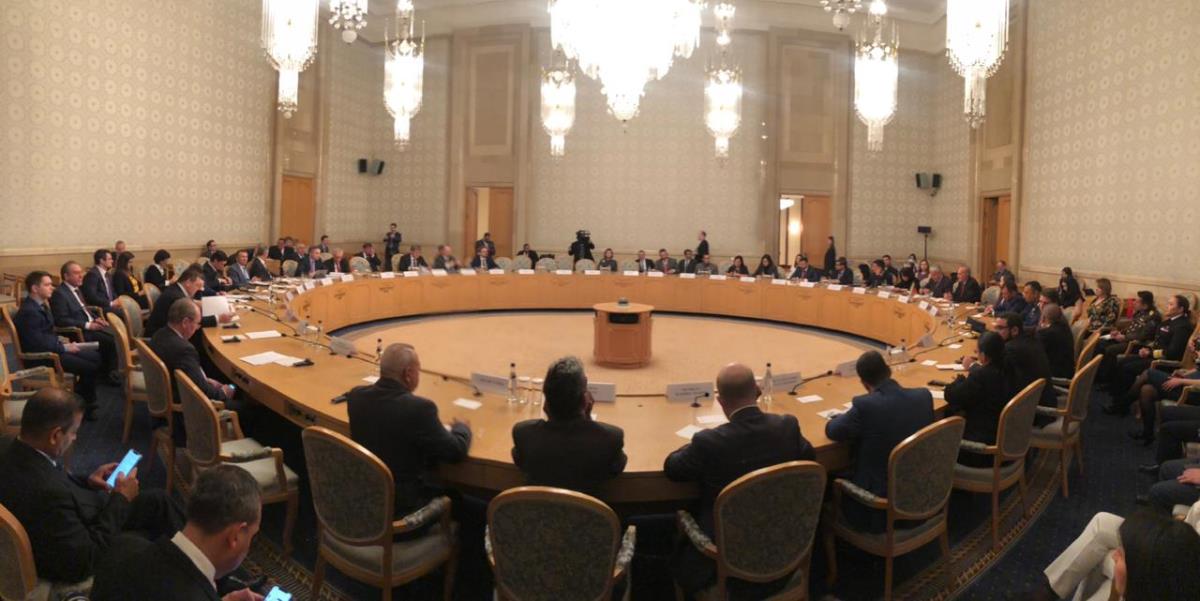 In the plenary session of the XIV Inter-governmental Commission of High Level Russia-Venezuela (CIAN), which was held on April 5 in Moscow, authorities of both countries signed bilateral cooperation agreements.

The session was chaired by the sectoral vice-president of Planning and minister of Planning, Ricardo Menéndez and Timur Igorecvich Maximov, vice minister of Industry and Commerce. During the plenary, investment projects around 3,200 million euros were agreed in the agricultural sector.

The signing of agreements between the Russian Chamber of Commerce and the Foreign Trade Bank of Venezuela was announced at the meeting.

During the CIAN Russia Venezuela, held from 01 to 05 April in Moscow, seven subcommittees were set up, focused on transport, culture, energy, industry, mining, commerce, finance, agriculture, education and science.

During the working day, the support of the Russian Business Center and the interest of various Russian companies in establishing a commercial relationship with the Bolivarian Republic of Venezuela were positively valued.

In that sense, it seeks to go beyond the exchange of finished products, establish an investment matrix to raise capital and improve the trade balance of these two sisterly nations.

In the XIV of the CIAN, business and investment intentions were manifested for improvement at a logistic and support level in the electric power sector.

The achievement in phytosanitary and zoosanitary matters should be highlighted, where different agreements were made in order to achieve an expeditious and rapid procurement of food from the Russian Federation. In this sense, a technical work visit of the Insai to Russia was announced.

Also, an agreement was made with the union of Russian fishermen, who expressed their interest in developing investment projects in Venezuela and asked for the consideration of the creation of a fishing subcommission for the next Commission.

In the transport sector, agreements were highlighted specially in the air transport aspect by the multi-designation and codes shared between the airlines that want to participate and thus achieve a more efficient and closer connectivity between both countries.