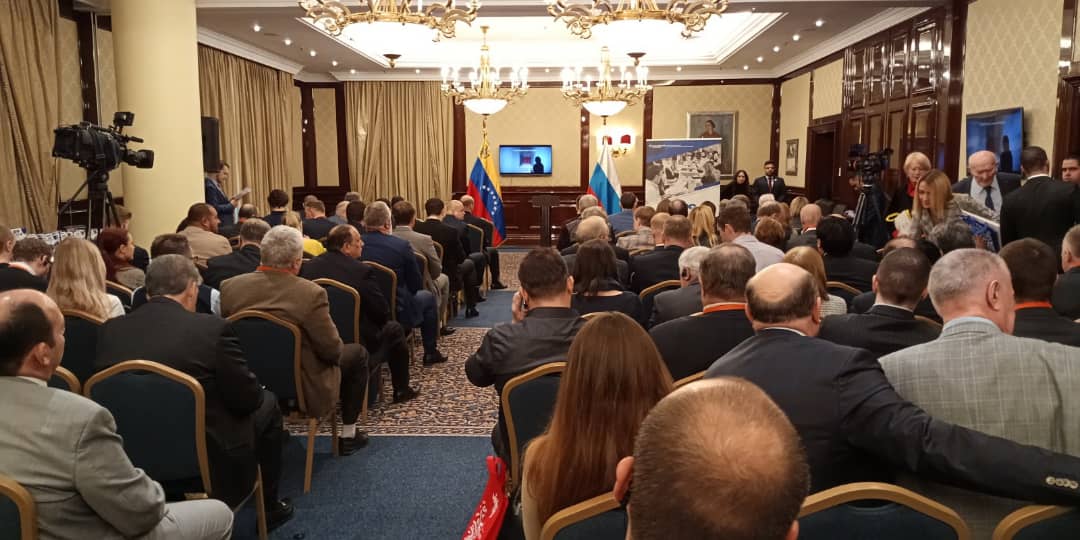 Venezuela and Russia sign investment agreements in I Business Meeting

More than 300 representatives and companies of the Bolivarian Republic of Venezuela and the Russian Federation in the field of agriculture, fishing, pharmaceutical, technology, communication, energy, mining, tourism, metallurgy participated in the I Russian – Venezuelan Business Meeting, held this 04 April in Moscow.

The meeting was held within the framework of the XIV High Level Intergovernmental Commission (CIAN) Russia – Venezuela, which will be held from April 1 to 5 in the capital of Russia.

At the business conference, a large group of investors from the Russian Federation participated, which demonstrates the high interest of the Eurasian country in Venezuela, a nation that has immense potential in the different productive areas.

In the framework of this business gathering, the Venezuelan high authorities held meetings with representatives of various regions of Russia such as Kaliningrad, Crimea, Tatarstan, among others, with the objective of exchanging information on possible joint investment projects.

During the day, they held important bilateral meetings with representatives of pharmaceutical, agricultural and transport companies.

After the successful Business Meeting, different investment agreements were reached in pursuit of national development and the welfare of the Venezuelan people.